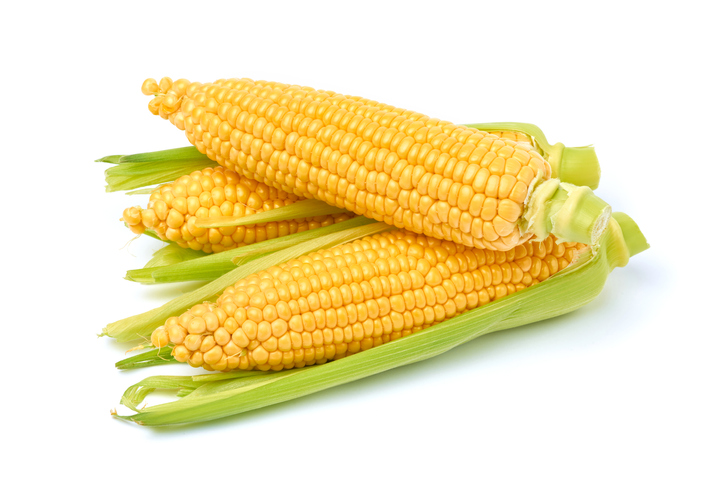 The temptation is to serve corn on the cob, making it an easy add on to any meal.

But trimmed from the cob, this backyard favorite becomes a stunning side dish, that can stand on its own for any occasion, weekday or holiday.

Russ and Deb introduced me to this salad. “It’s really good!” they said.

With such a hardy endorsement, I gave the recipe a try and they were right.

The salad gets it color from the corn, tomatoes, avocados, feta, and chopped, fresh basil. The rest is just a simple 3 ingredient dressing of olive oil, white wine vinegar, and seasoning.

No need to cook and butter ears of corn at the last minute, when you can serve this salad cold or at room temperature. Because the salad is easy to make and portable, it’s the perfect picnic dish. 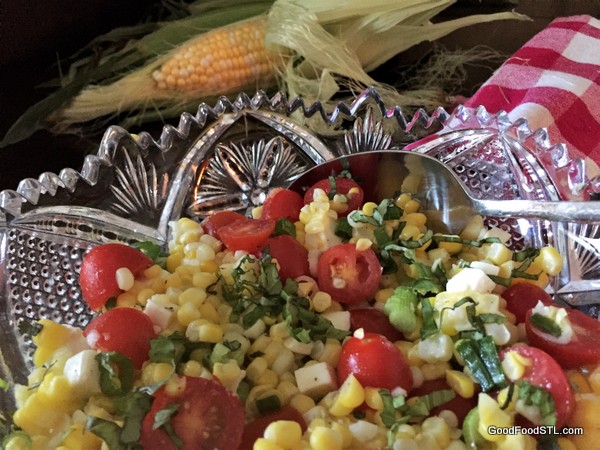 I’ve learned over the years that recipes were not delivered from the mountaintop on stone tablets. Hmm. . . with the exception of most breads and cakes, that is. Salads are especially flexible and allow for some interpretation by the cook.

Nearly every food blogger has a version of this corn salad, from Ina Garten (nice video) to David Lebovitz. Some leave out the avocados, replace the green onions with red onions, the Mozzarella with feta or Mexican cotija, or substitute lime juice for the vinegar in the dressing.

Mark Bittman has a funky video at The New York Times. He sautés the cut kernels in bacon drippings for a few minutes, then adds both the crispy bacon and the flavored corn to the dish. I found a recipe at Natasha’s Kitchen website. She also has a brief video to stoke your taste buds. 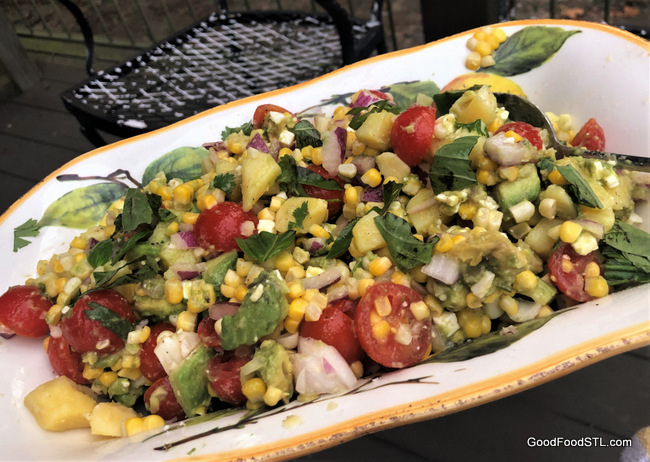 Whichever ingredients you decide to use, the salad is best eaten the day it’s made—which isn’t hard to do.

Corn Cooking Tip: When cooking ears of corn for this salad, or for eating on the cob, try adding a tablespoon of sugar to the water if the corn lacks sweetness. Add a cup of milk to the cooking water for tenderness. 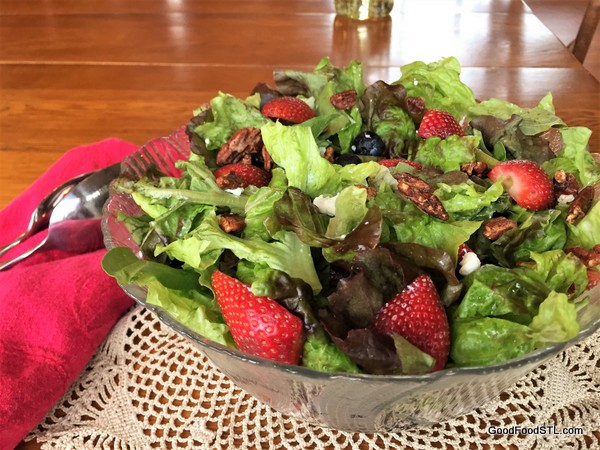 When it comes to salad dressings, I want one that makes my taste buds rear up and take notice. Readers know by now that my all-time, very-most favorite homemade salad dressing is Basil Vinaigrette.

But there’s another summertime dressing, that adds pizzazz to a bowl of greens: Strawberry-Jalapeno Vinaigrette.

The exotic jam called for in the recipe is made by Smucker and at one time sold at Target. But I now order mine from Amazon, where there are many sizes, brands, and price ranges to choose from. If you don’t want to search for the strawberry-jalapeno jam, plain strawberry jam can be subbed. 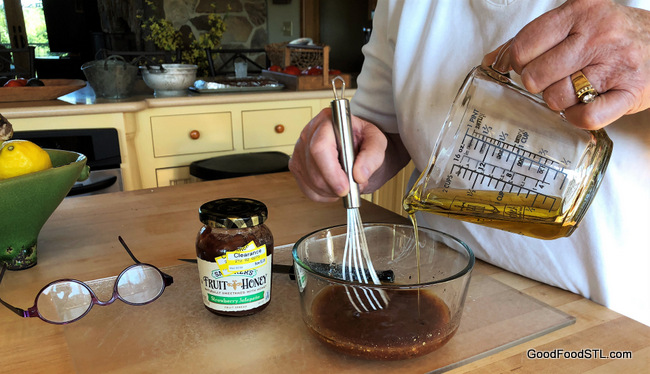 Oil should be added to dressing slowly or shaken vigorously in a jar. This helps emulsify the ingredients, that is, combine two liquids (oil and vinegar) that don’t want to go together. Mustard is an emulsifier, which is why it’s often included in homemade dressings. 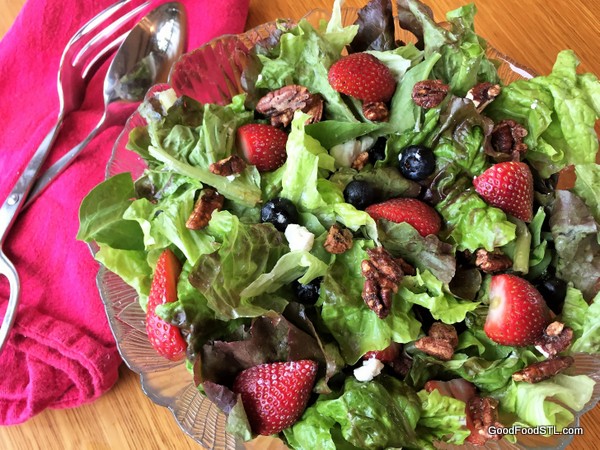