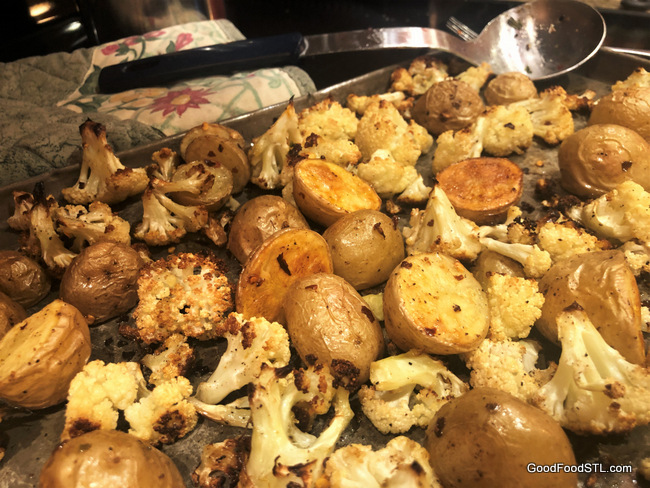 I roasted some cauliflower and baby Yukons this week. The cauliflower had been softening in my vegetable bin for a while and was beginning to take on the spotting of a small Dalmatian. But I exaggerate. Actually, the spots were no more than a sharp knife could remedy.

I slathered the vegetables chunks in olive oil along with a bit of salt and pepper, before putting the tray in the oven at 425 degrees for about 30 minutes, turning once or twice.

At the end I often give the whole shebang a drizzle of lime juice, tahini, or feta and parsley.

In Indian restaurants you often see a similar dish served as Aloo Gobi. The recipe I used is from Bon Appetit and is exceptionally easy and tasty. 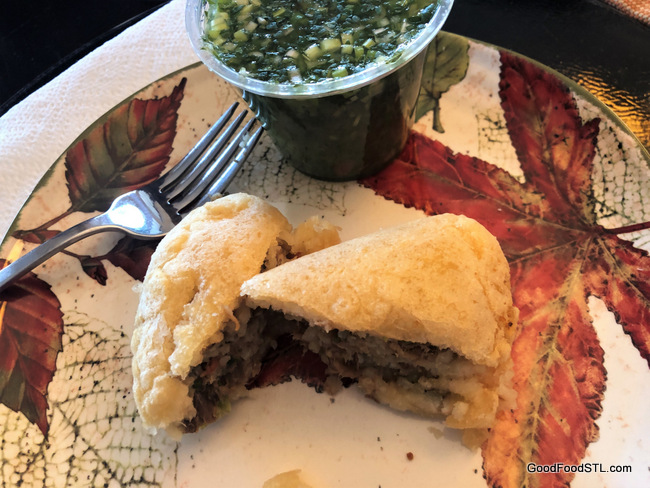 Pastelies de Yucca—cut in half in photo—has an exterior made from yucca flour and stuffed with meaty or egg filling. Different versions are served throughout Central and South America.

My other international lip smacker this week originated South of the Border: Pastelies de Yucca. The ones I had were made by a native Colombian—not my son-in-law—though he was well aware of the yummy yucca flour dish that often looks like a puffy tamale.

The complexities of the recipe suggest it should be made by professionals or, at least, an old family member.

Note: Ernie, if you’re reading this post, I would love to hear about your associations with this dish and how long it’s been since you’ve eaten it. 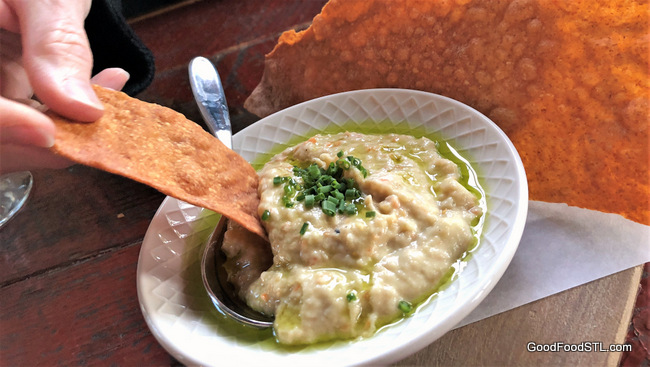