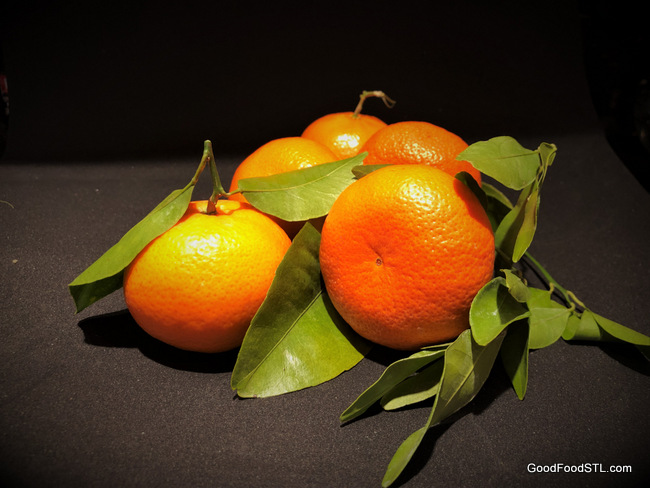 As I strolled the produce section of Whole Foods recently, I came upon a citrus I’d not tried: Satsuma Mandarin Oranges (pron: sat-SOO-mah). The  perfect orange orbs had leaves still attached, making them as photogenic as a Dutch painter’s still life.

These little thunderbolts of flavor are great for the lunch box, kids’ snacks, and fruit salads. Eat them anytime you’re feeling a bit peckish or need an energy boost. Being packed with vitamin C gives Satsumas an A+ in nutrition. 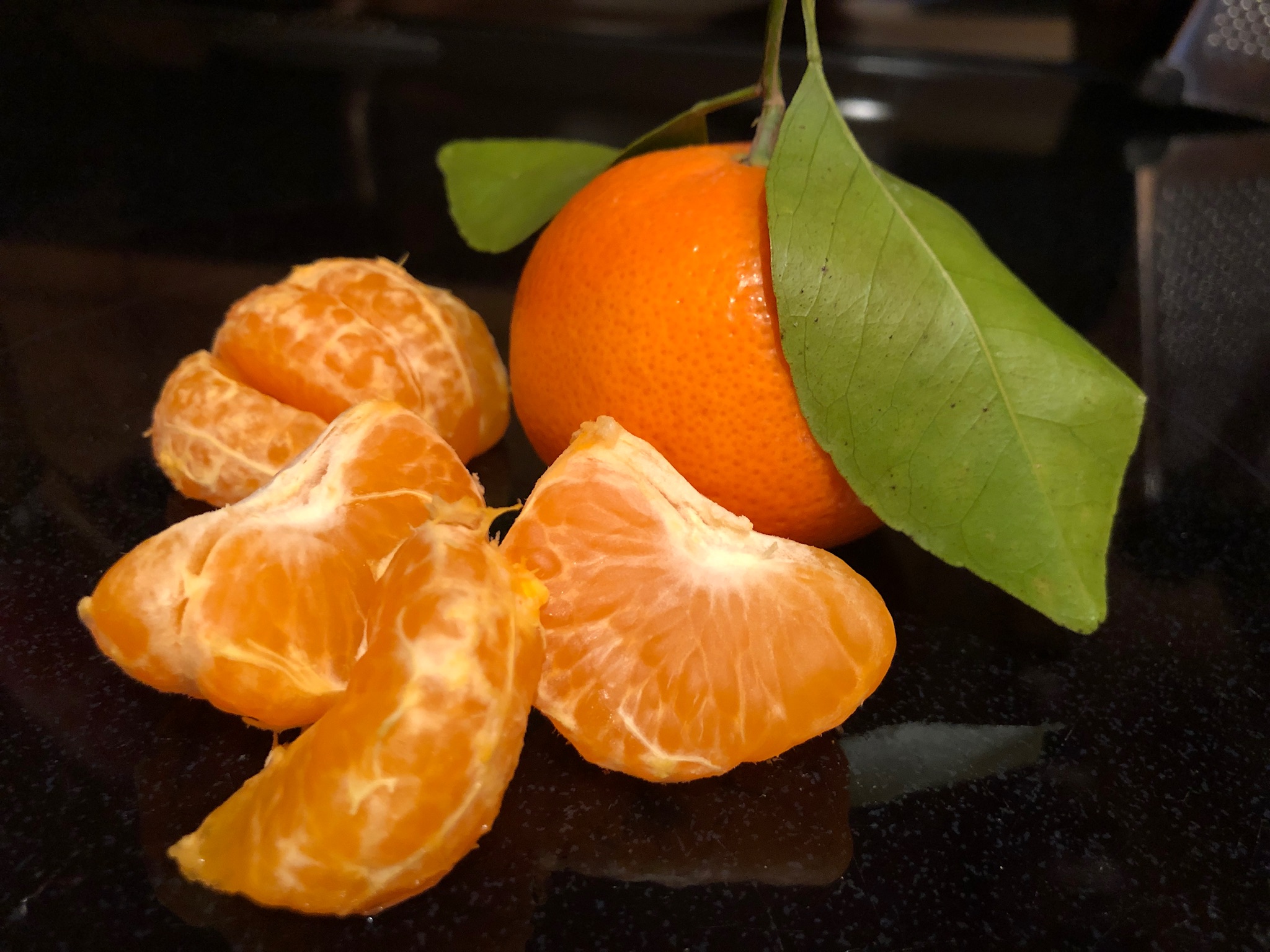 Satsumas are thought to have originated in India and were later cultivated in China, where they acquired the name Mandarin. By the 16th century, the diminutive fruit made its way to Japan, where it took on the name Satsuma.

The orange arrived in Florida in the the 1870s and is now grown in the U.S. primarily in California and some of the Gulf states.

While related to tangerines and clementines, they are sweeter and juicier and especially easy to peel. Growers say they have, on the average, 1.5 seeds per orange. I must have bought below average Satsumas, because I haven’t found a seed yet.

This is a citrus you can swoon over. 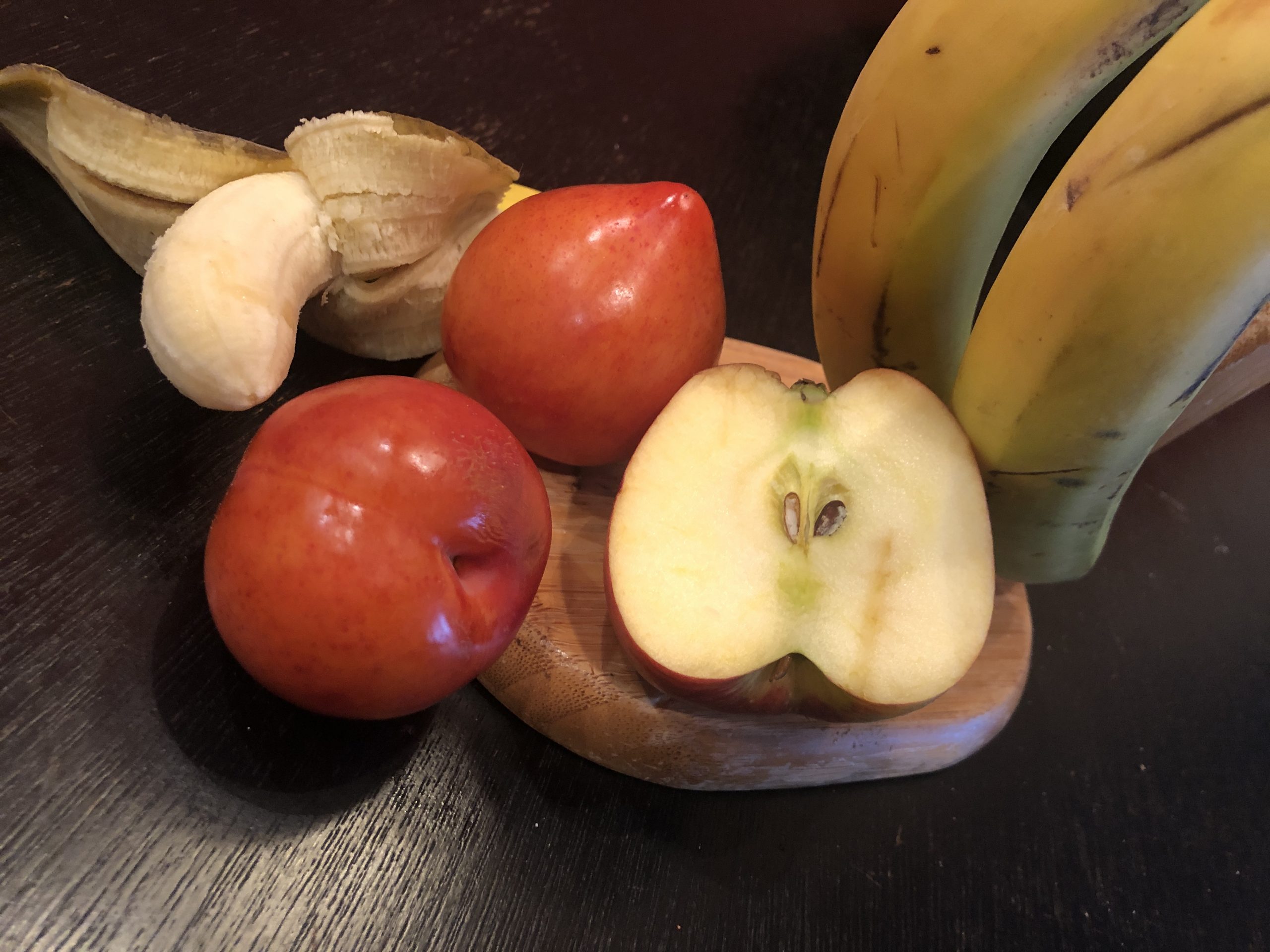 These two lemon plums have transitioned to their fully-ripened hue and taken on the look of a small tomato.

I returned to grocery shopping this week after a year in COVID confinement. Wow! How things have changed at my neighborhood market. I felt like I was in a food spa.

I was euphoric at being able to select my own produce and to resume impulse shopping. Instacart served me well these many months, but I’m ready to be on my own. Instacart shoppers don’t know the size of the zucchinis I prefer or how much green I want on my bananas. 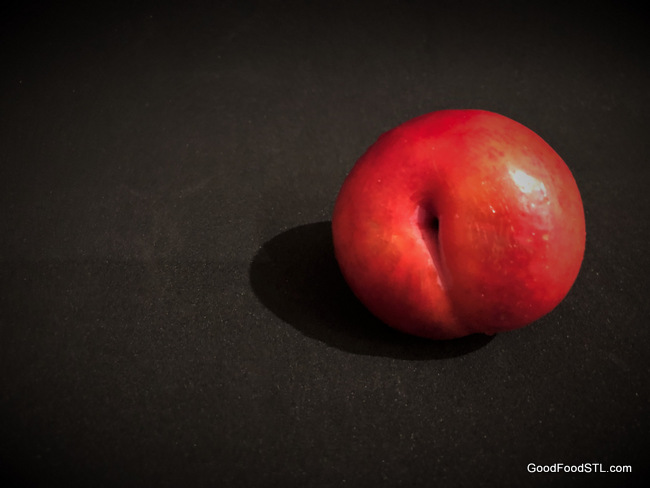 I spotted a new fruit in the produce section —-well, at least, it was new to me: Lemon Plums. They’ve been available in the U.S. for about five year. Since they’re a little up market, I only invested in two. Mea culpa.

So What Is a Lemon Plum? 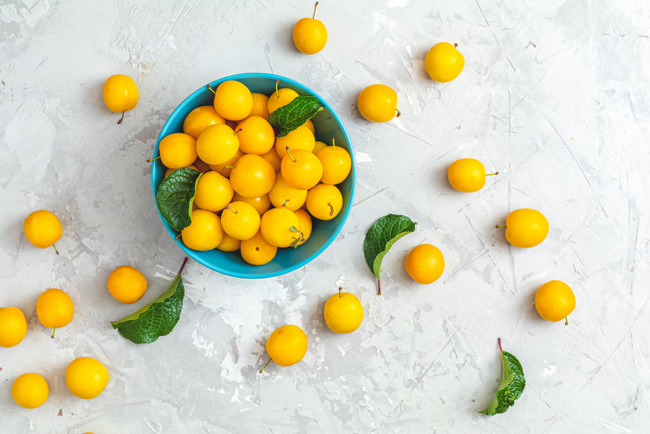 If you set the lemon-shaped plums on your kitchen counter, in a few days they’ll become soft and reddish like those at the top of the page.

These plums are grown mainly in Chile. The fruit resembles a lemon, but when ready to eat the fruit is red, sweet and juicy. Sour they ain’t, despite the lemon moniker.

You can add the colorful, small-pitted plum to fresh salads, salsas, cakes, and cheese plates or mix into smoothies along with berries. But they’re best eaten fresh, right from the hand. 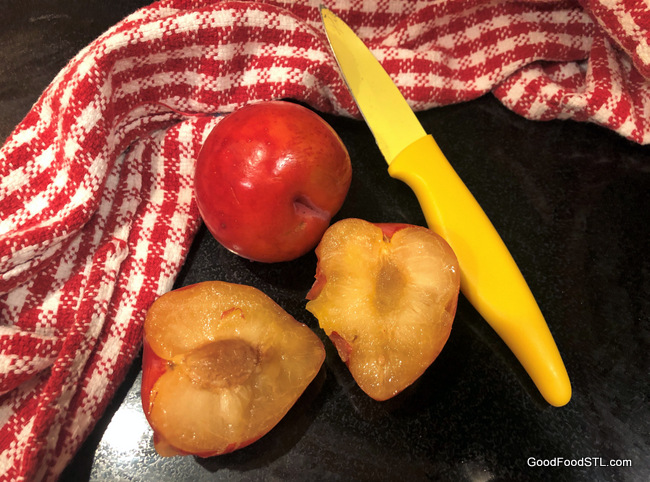 By way of full disclosure, I should note that I’m not a plum person. Hmm. . . except when I’m making the New York Times Plum Torte.

Now I wish I’d bought more than just two pieces of the scrumptious fruit. If you want to try some, it’s best to do it ASAP. The variety has a short season (January-March) and is not available in all groceries.