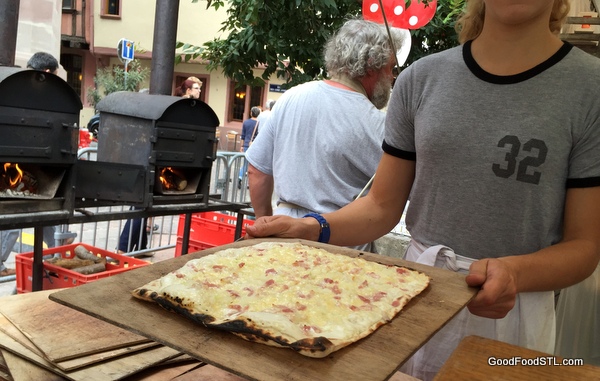 Alsatian Tarte Flambe, sold on the streets of Strasbourg, looks like very thin pizza, but has few toppings, and no tomatoes. (Note the compact, high temperature ovens used for cooking the tarte outdoors.)

Strasbourg, known for its stunning cathedral, is equally acclaimed for its pizza-like tarte. No argument here. Sadly, I’ve not yet found an equal to the Alsatian Tarte Flambe I ate on the streets and in the restaurants of the French town. 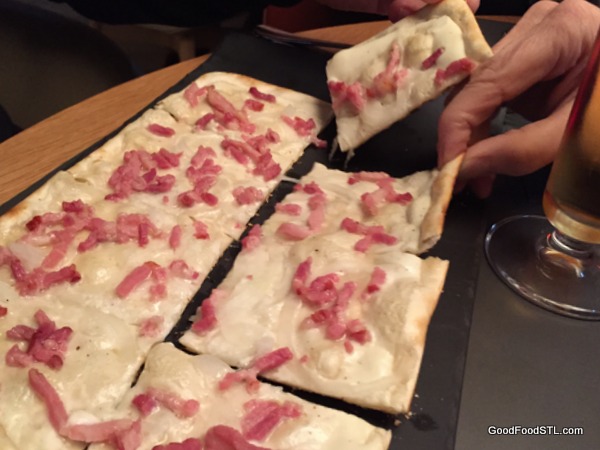 A restaurant version of the tarte. 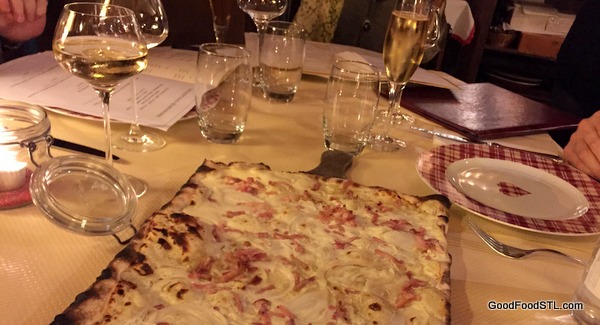 Yet another interpretation of the flatbread or (Flammekuchen) at Buerehiesel, a Michelin one-star restaurant in Strasbourg.

There’s no rim of dough like you have on a pizza. The toppings go to the edges. Sometimes the edges get a bit charred from the wood-fired oven, which is considered acceptable.

What’s in the Amazing Tarte?

The creamy base is smeared onto the uncooked dough and sometimes topped with a bit of grated white cheese. (Emmental, a Swiss cheese, was mentioned most often). The tarte is finished off with extremely thin onion slices and bits of cross-cut bacon. All the parts are kept thin so they cooks quickly in a very hot oven. 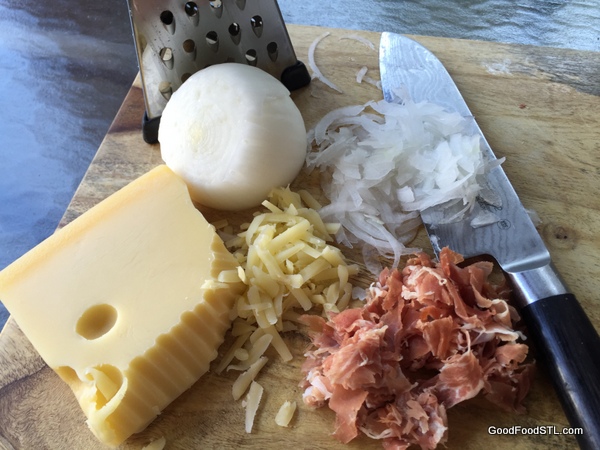 There’s really only 3 toppings: crème fraiche, onions, and bacon, plus the ball of fresh pizza dough. Emmental, and/or, Gruyere cheese are optional. (I used pancetta instead of bacon, because that’s what I had in the freezer.) 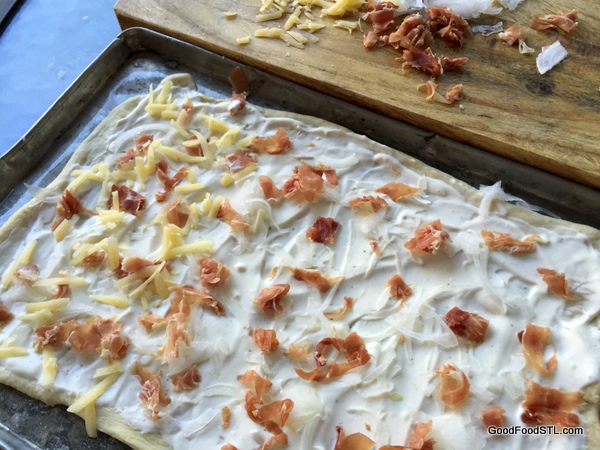 Ready for the oven. The bit of Emmental cheese was the suggestion of our Alsatian hostess. I only put it on one end as a test. It gave those slices a bit of a nutty taste. 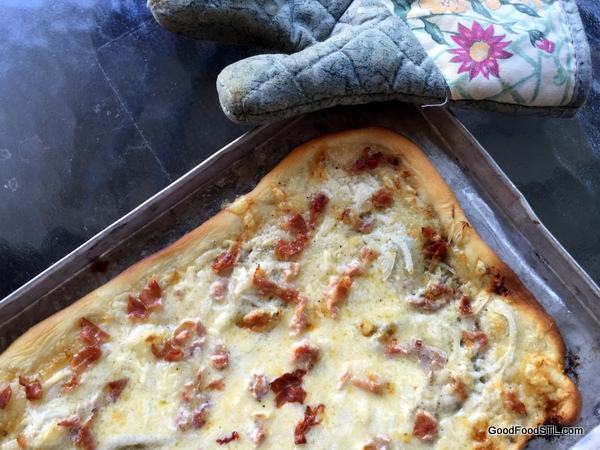 I cooked the tarte in a 500 degree oven for about 14 minutes and then finished it off under the broiler. I was so pleased with the outcome. Hmm . . . I think I may have a future selling Flammekuchen on the streets of Clayton.

No one seemed to have an exact recipe for Alsatian Tarte Flambe. Like Mom’s meatloaf it comes in many varieties, depending on the household or what’s on hand. If you want to try this at home, SeriousEats has a step-by-step photo recipe that’s worth a look. 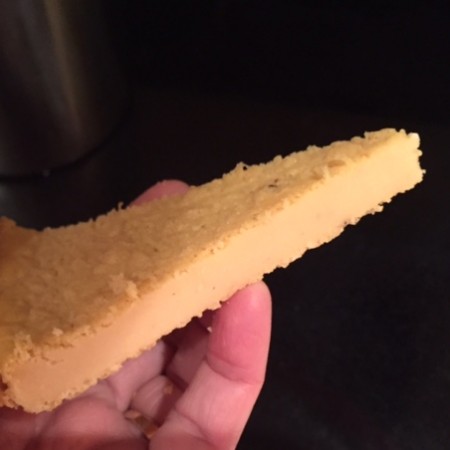