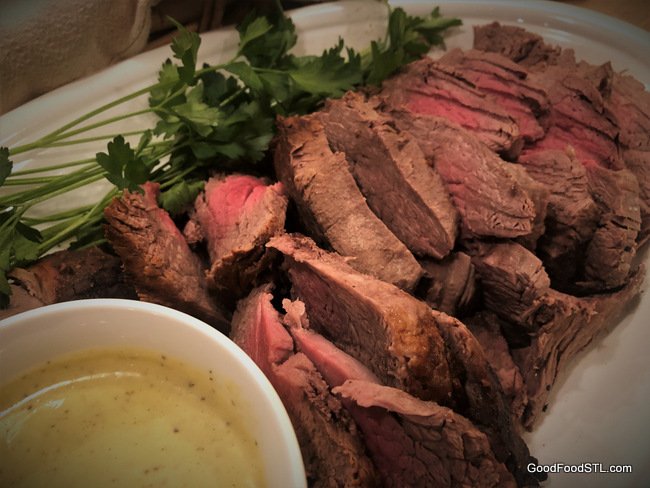 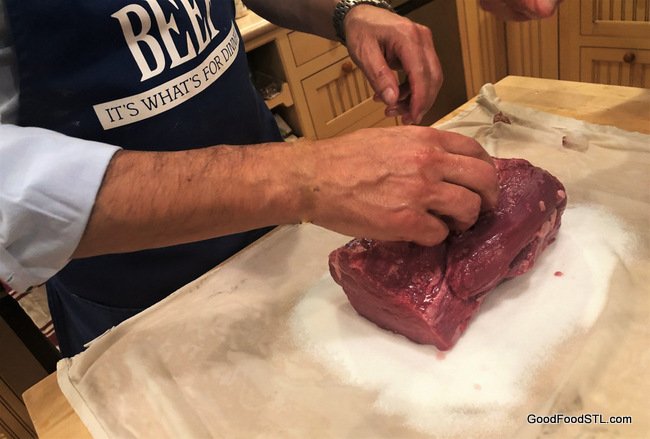 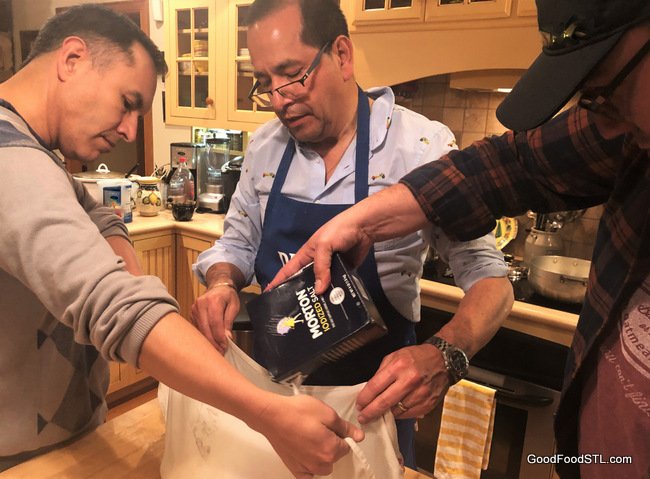 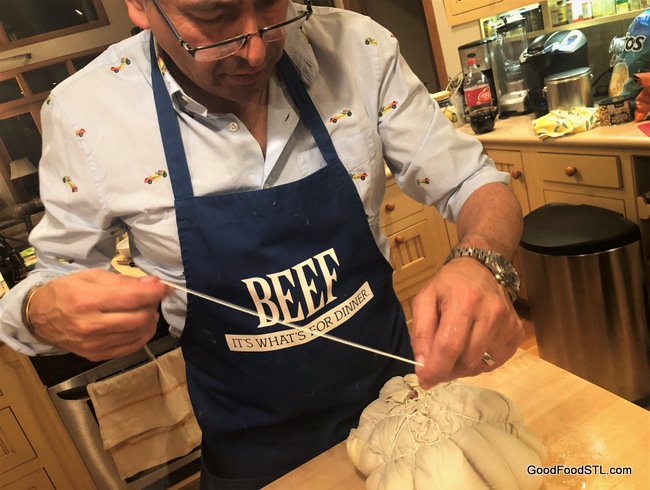 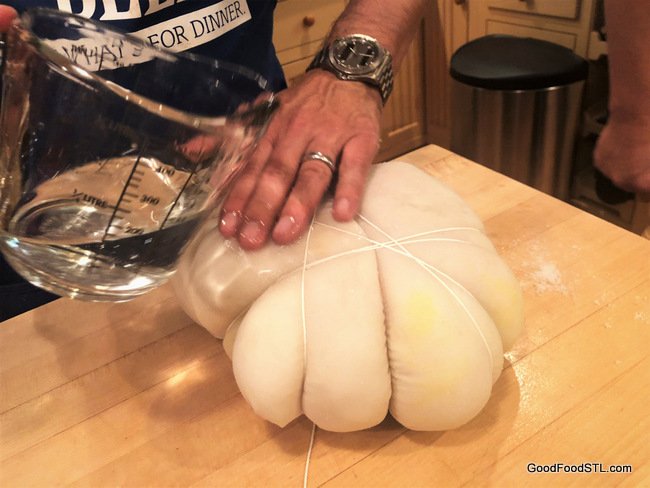 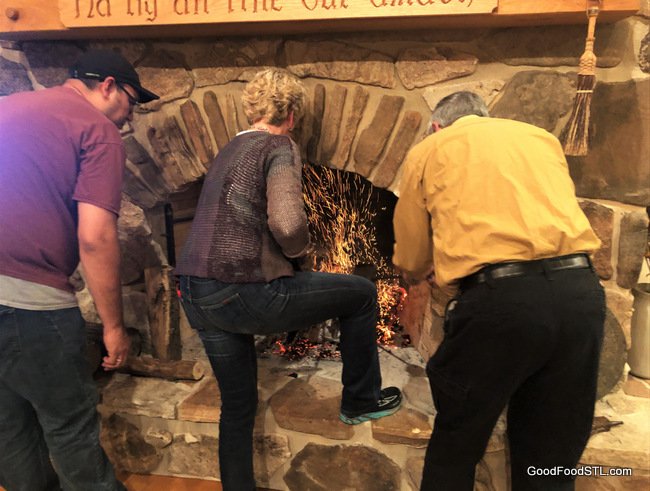 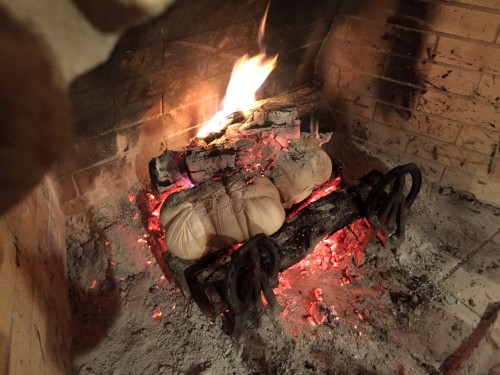 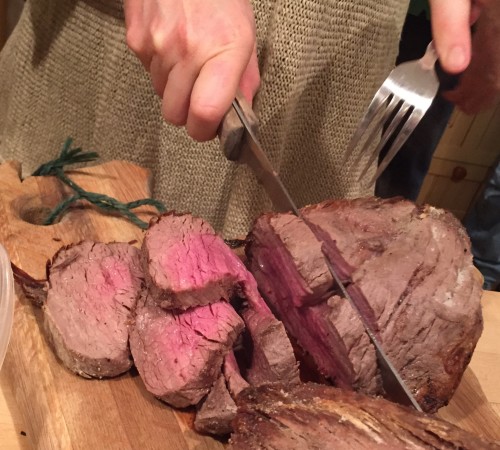 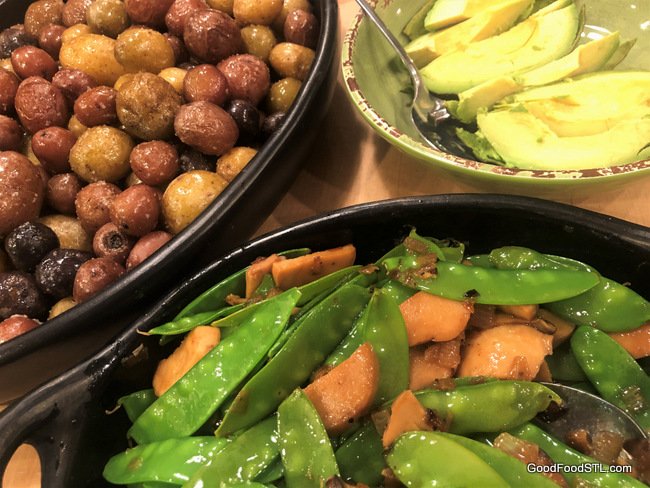 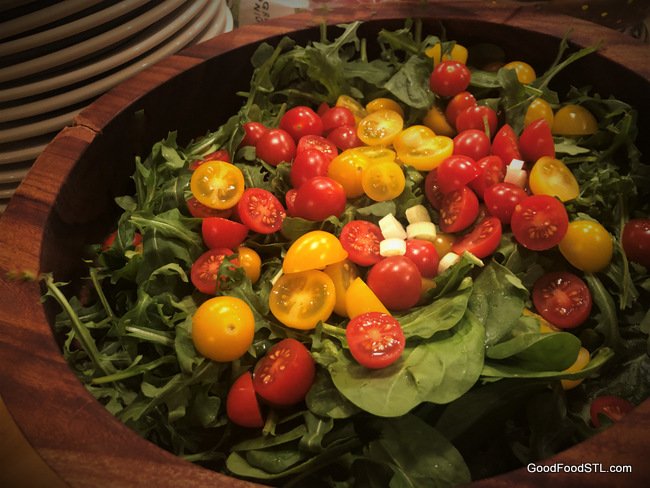 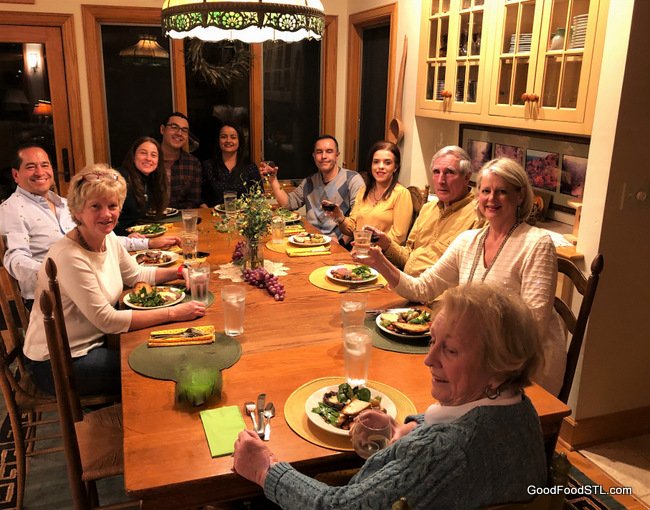 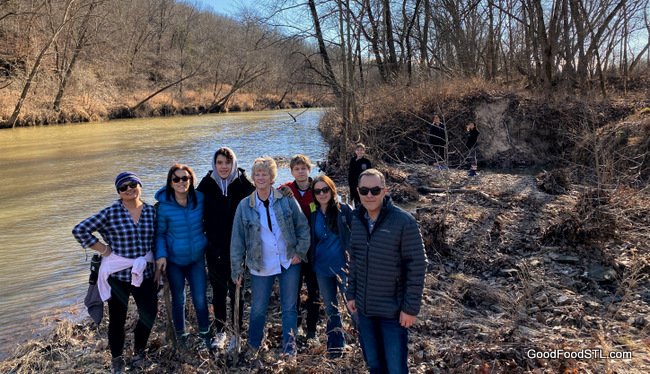 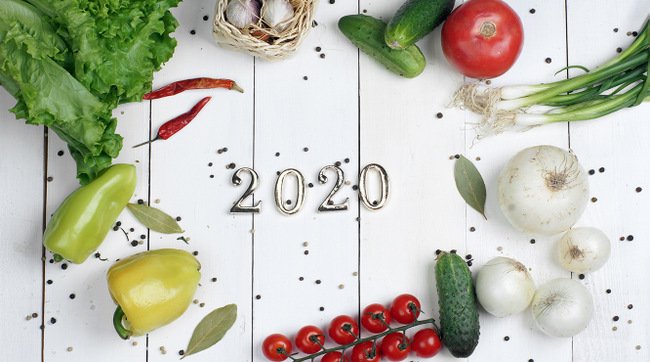 I just read that one of the food trends for the New Year will be a mishmash of ethnic flavors. Since there are more families of mixed cultures today, you will see more blending of recipes, producing new and exotic dishes.

First-generation immigrants to America, and grandparents who live in other countries or have recently immigrated, will transform restaurant menus. This is part of a growing interest among chefs with mixed cultural backgrounds to create new dishes based on techniques and ingredients from both sides of the family. (New York Times)

On New Year’s day, I had a number of South American and Central American guests in my kitchen. Three different families each made their own versions of arepas—the maize based, mini pancake stuffed or topped with cheese. As the action got underway, I thought I was hosting the Great Arepas Cook Off of 2020. 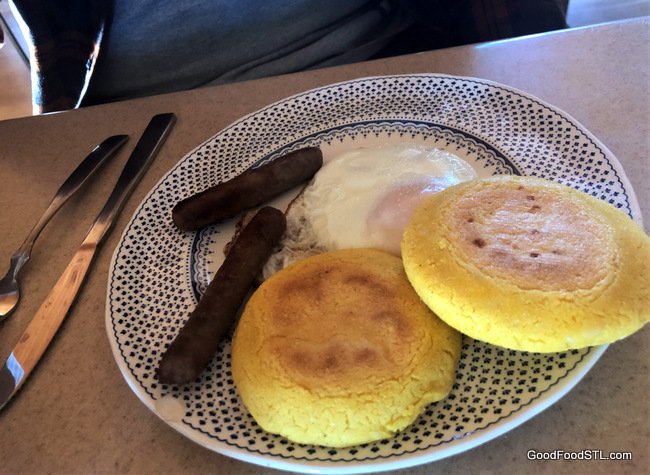 Arepas with egg and sausage.

Some cooking the breakfast used a yellow flour, another favored a white variety. One had a dough flattening gadget; JC mashed by hand. One had a small raised grill that fit over a burner, while yet another cooked on the electric griddle.

All were splendid. And even more so, when when I combined my arepas with some of the preserve, that our neighbors Martha and Paul had made from the fruit on our pear tree. I felt so trendy.

A Lot Going on in the Kitchen 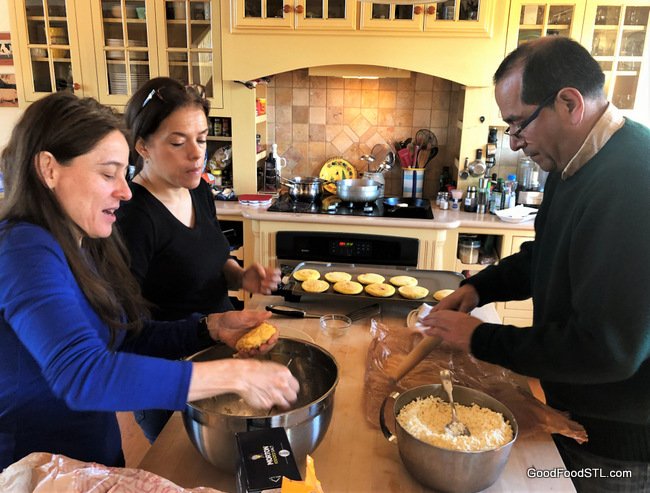 Making Arepas is a labor intensive, multi-step project, an all-family activity like making Christmas cookies. The mixture of ground maize, water, and salt is stuffed, or topped, with cheese. 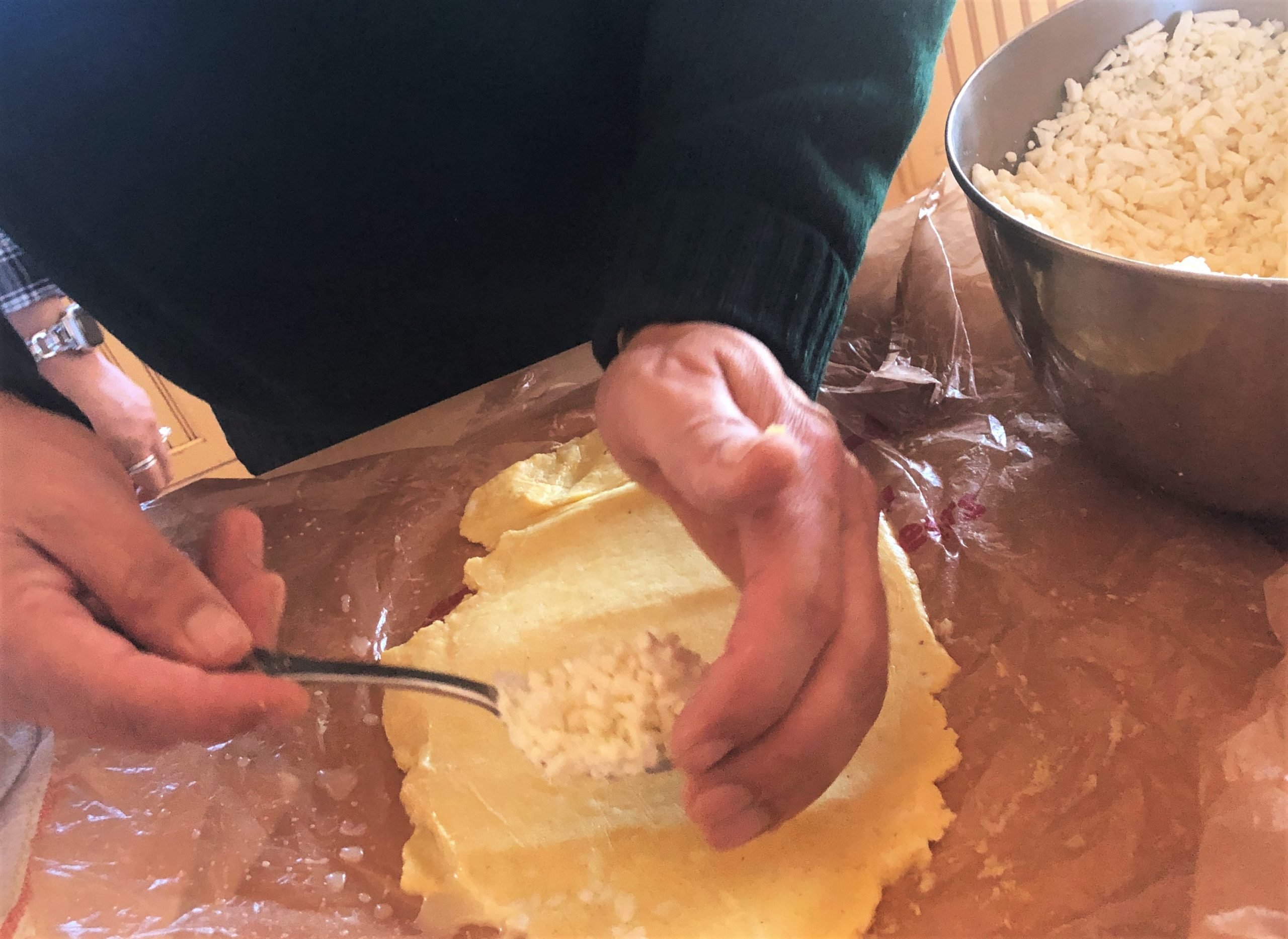 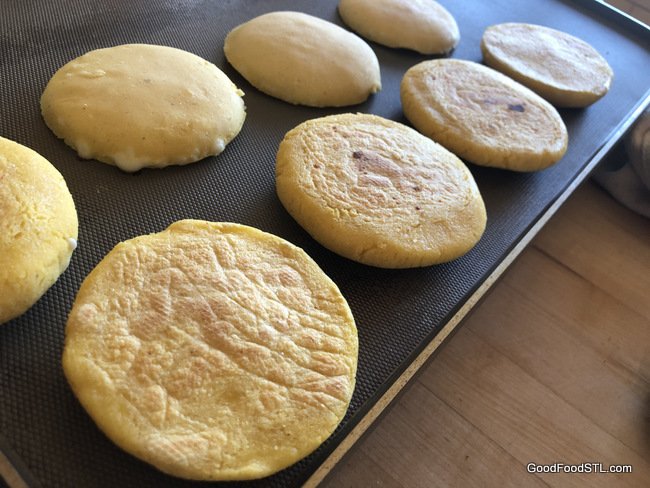 On the grill, the arepas get crispy on the outside while staying softer on the inside. 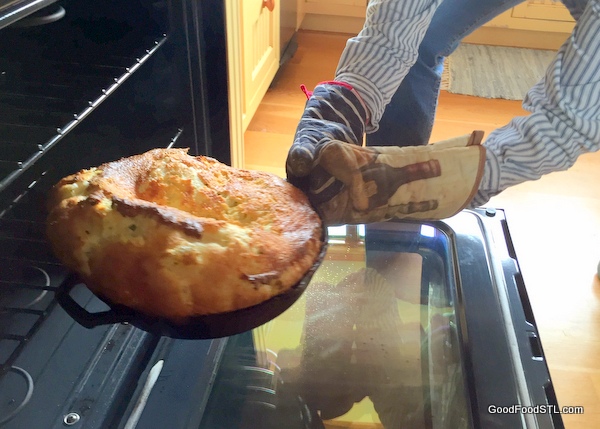 Robin got in on the action by concocting a puffy, golden Dutch Baby, cooked in a skillet in the oven. It rises a bit before settling down.

The first meal of the new decade was a grand success! Along with some hot chocolate, good ol’ American sausage links and fresh fruit, we started the year off with some mighty fine food among good friends.

I’m not into all the dining/food trends for 2020, but this one suits me just fine. 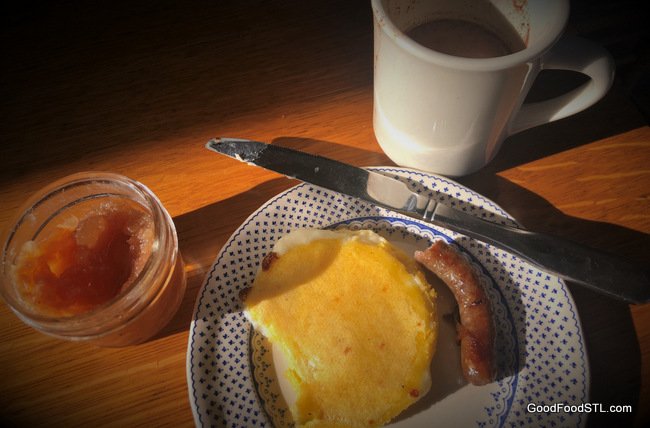