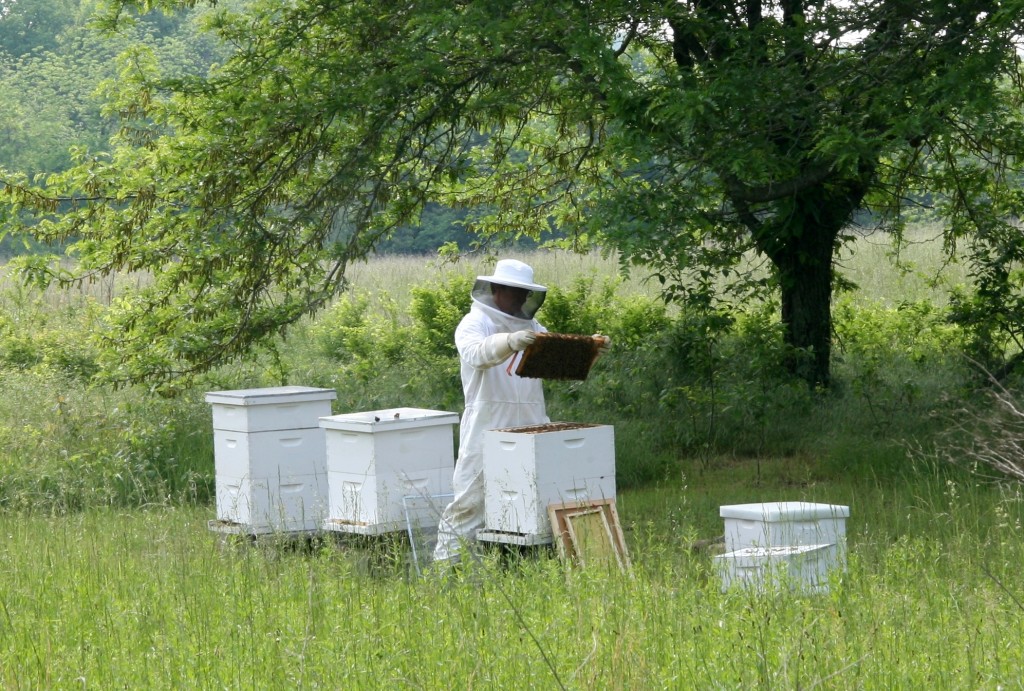 Show Me the Honey

Had John Wayne been a beekeeper instead of a gunslinger, he might have sauntered into the town saloon and declared, “I take my honey raw and local.” Most beekeepers would rally to him in agreement.

There’s no fancy name for people who hang out with bees. They’re just called beekeepers and they can be a bit cultish. At certain time of the year, my honey-loving friends huddle on the Internet, sending cryptic notes to each other concerning activity within their hives.

“The bees are swarming” they whisper among themselves like members of the French Underground, passing on a secret message.

“The Hum of the Bee is the Voice of the Garden”

All of this is just a playful front, because the beekeepers I know are ordinary people, who are a bit more health and ecologically conscious than most.

In pursuit of their hobby, they’re willing to dress up in funny little outfits and play with insects. No harm there. 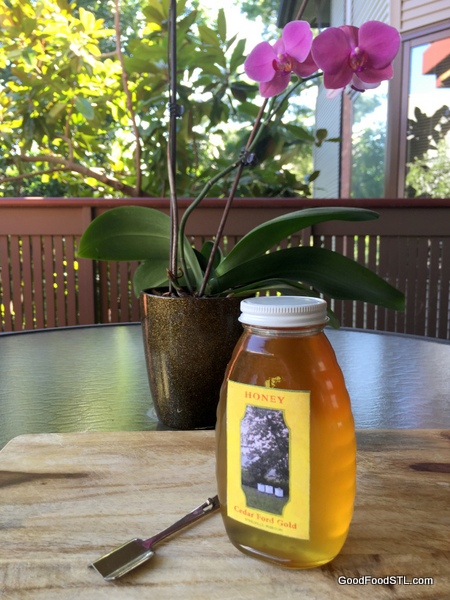 Raw Back Locust honey is fruity and fragrant and the color of Champaign. Not every year produces the nectar necessary for a crop of the honey.

Beekeepers reward your friendship with a Mason jar of honey from time to time, which is very sweet of them (pun intended). Most are willing to spend time acquainting you with the benefits of raw, local honey.

Now, I understand the local part—honey made from nearby plants that cause allergies can help “inoculate” the sufferer if consumed a few months before the ailment kicks in. 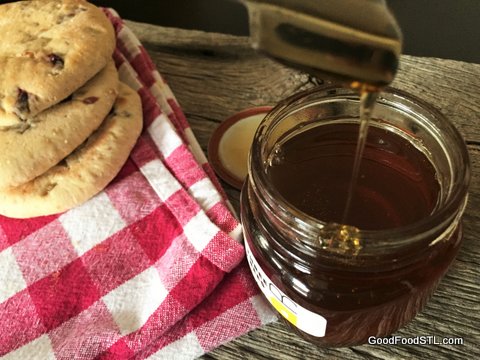 Without Honey Life Wouldn’t Be Sweet

But why raw? I could explain that it has 18 amino acids and powerful antioxidants, but most of you would wander off to another site before I could finish. Advocates of the unheated (unprocessed) nectar claim the goodies are left intact.

Even so, WebMd says that “raw honey is not superior to processed honey in nutrition or health benefits. Researchers found that processing does not affect honey’s nutritional value or antioxidant levels.”  Apparently, there’s some disagreement among honey enthusiasts.

What’s more, it’s cheap, sweet, and cholesterol-free. No wonder the early Egyptians considered honey the “nectar of the gods.” 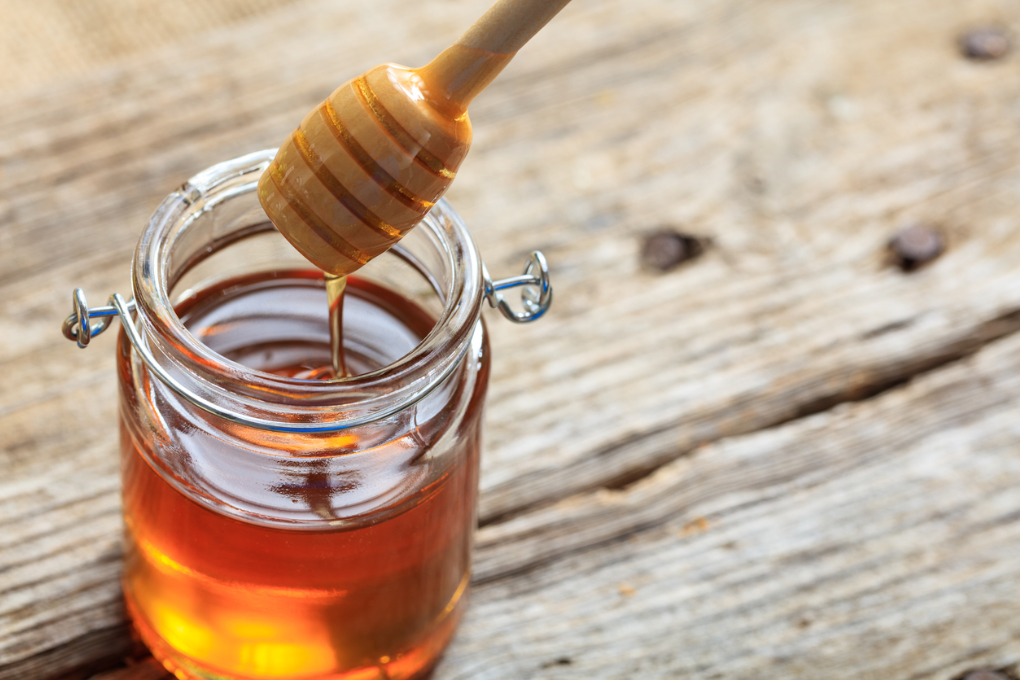 Einstein made a profound observation about the honey bee: “If the bee disappeared off the surface of the globe, then man would have only four years of life left. No more bees, no more pollination, no more plants, no more animals, no more man.”

The writer of Proverbs had a few words to say about the nectar: “Kind words are like honey, sweet to the soul and healthy for the body.” 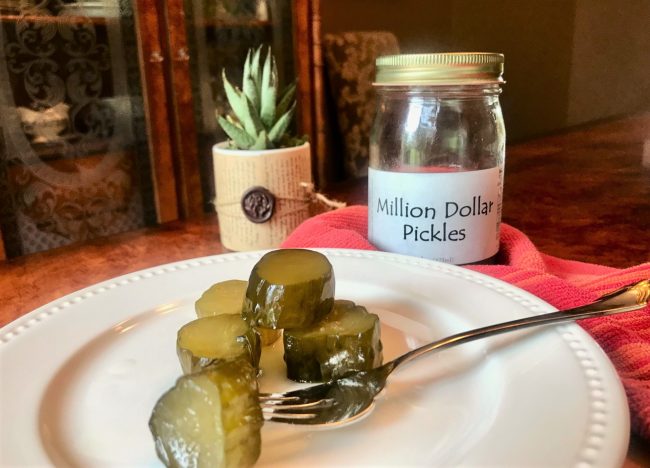 Million Dollar Pickles . . . Why? Because they taste like a million dollars. (Photo by Cyndy Crider)

Most of us have a pickle story, or two, to tell. You might recall prying open a jar to salve that crazy craving you had during a pregnancy. Maybe the taste of Aunt Bessie’s bread and butter pickles still lingers on your palate. Or you may secretly indulge in making Elvis’ favorite sandwich: pickles and peanut butter.

You may even have tried making pickles yourself, as I did back in those days when I was willing to engage in hand-to-hand combat with a batch of cukes and a crock of brine.

It all started when I admired a sample of pickles made by a man at our church. The recipe was from an old, Arkansas woman, he said. He had learned to make them and did each year when his cukes came in. They were crispy chunks of incredible goodness.

He gladly shared the recipe and I bought the needed ingredients to make a batch. I was eager to get started, that is, until I read the recipe and found out it took 3 to 4 week, during which there was a lot of brining. Apparently, the care and keeping of pickles is much like tending a new born.

To Pickle or Not to Pickle

I was about to back down, but I had the cucumbers and the ingredients for the brine, so I soldiered on. I even bought a special crock to create my own cucumber “still” in the basement.

In the end, I had umpteen jars of pickles, that weren’t nearly as good as my friends. Even so, I was as proud as if I’d won a blue ribbon at the county fair. But it was far more work than I was willing to put in every year, so I returned to Heinz and enjoyed an occasional gift from my friend.

My pickle-making days were over. Never again would I make that kind of commitment to a tub of cucumbers. Nowadays, I only pickle carrots, which are incredibly easy and greatly enhance a sandwich or salad.

I was resigned to thinking I’d never again find a pickle as good as those Arkansas ones. 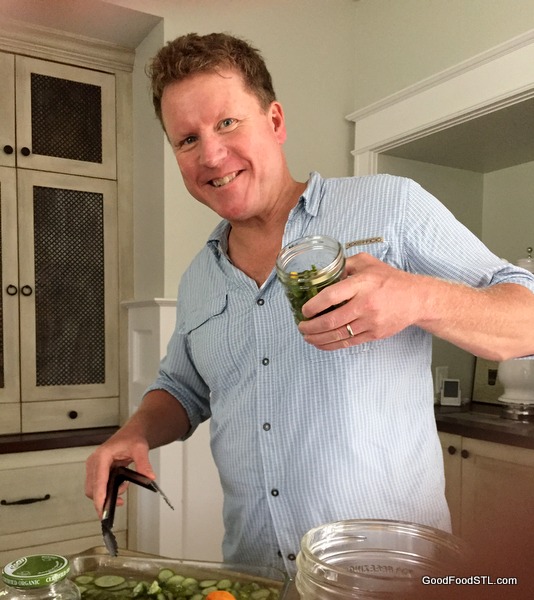 Tom ventured into pickle making a few years ago, when he made Three-Day Dills. My nephew, Bobby, makes bread and butter pickles each year. I encourage all home pickle packers, knowing that most of them tend to over stock and are generous in sharing their bounty.

But last week life took a new culinary turn for me. While at the Kirkwood Farmers’ Market I ran onto a jar labeled “Million Dollar Pickles.” Cyndy, a pickle person like myself, decided to invest in the condiment ($6 a jar) and offered to share some with me.

When we got back to my condo, the first thing we did was open that jar. Oh, my heavens! We were in pickle paradise! They reminded me of those Arkansas pickles from years ago.

Etta James was undoubtedly singing about pickles when she warbled, “At last my love has come along.” Indeed, those Million Dollar pickles live up to their name. But with the rate of inflation, I think it’s time to change the label to Billion Dollar Pickles. 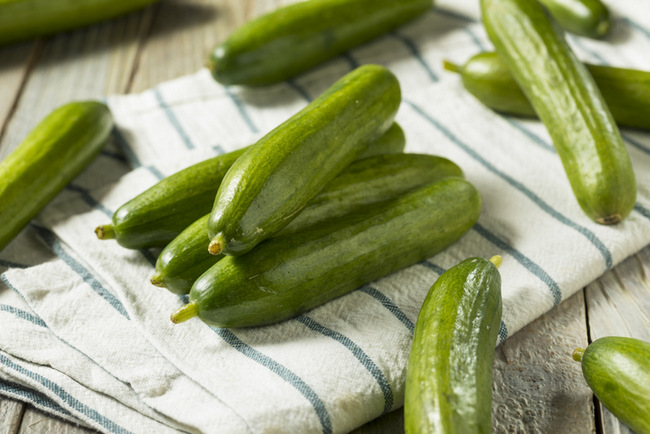