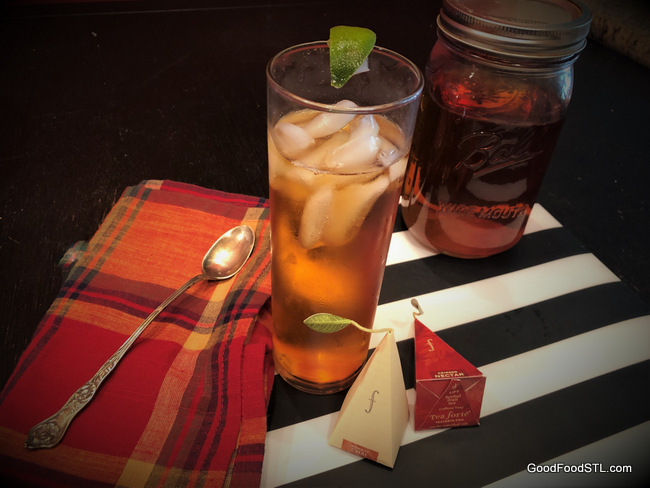 After including this iced tea photo in a recent blog, I realized that this naturally caffeine-free tea was worthy of its own post.

Today I rhapsodize over African Solstice Tea, one of the fastest growing herbals in popularity among the nation’s tea drinkers. I found it in an assortment of Tea Forte bags after I’d used all the other blends in the box. What a pleasant surprise. I had unintentionally saved the best for last.

I’ve only used the cute, pyramid-shaped bags for making iced tea, but I’m sure the tea is just as magnificent hot.

The leaves of the rooibos plant are naturally caffeine-free and have a wisp of natural vanilla. What’s more, the tea is low in tannins and rich in antioxidants. Tea Forte ups the taste with a blend of berries and blossoms. 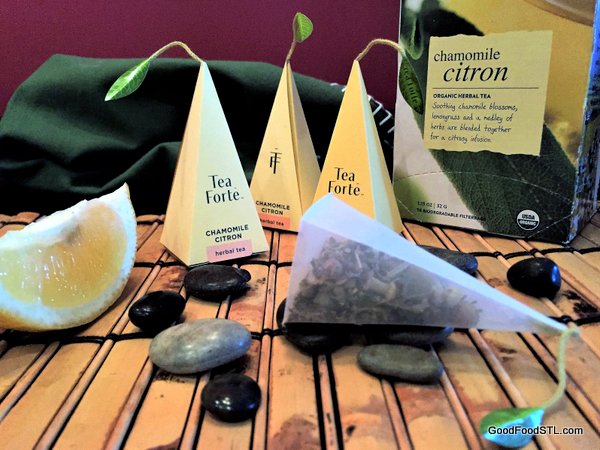 Chamomile Citron, another of my favorites from Tea Forte.

To extract maximum flavor, the bag or leaves should steep 5 minutes in boiling water. But you can steep as long as you like, since rooibos leaves never grow bitter from steeping.

Since the weather warmed up, I’ve been making a Mason jar of African Solstice iced tea everyday. It’s a pleasant companion, as I curl up with a book, waiting for the virus to skip town. 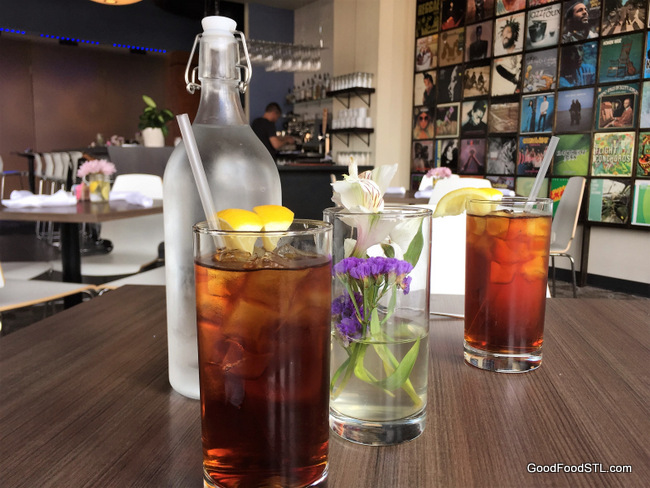 My grandmother was a “tea-totaler,” that is, tea was her total drink. She drank it all day long. Never with ice, mind you, it was hot tea year round. Apparently, consuming all that tea did her no harm. It may even have had a calming influence, because she survived the 1918 flu epidemic, the Great Depression, and a few tornados. She lived to be 93.

As the days heat up, we begin to think about colder beverages, I talked with, Cyndy, my iced tea expert, who drinks the icy brew 12 months of the year. When we used to eat out at restaurants months ago (though it  seems like years ago), I’d order my tea with lemon, she preferred hers straight up and unadulterated. 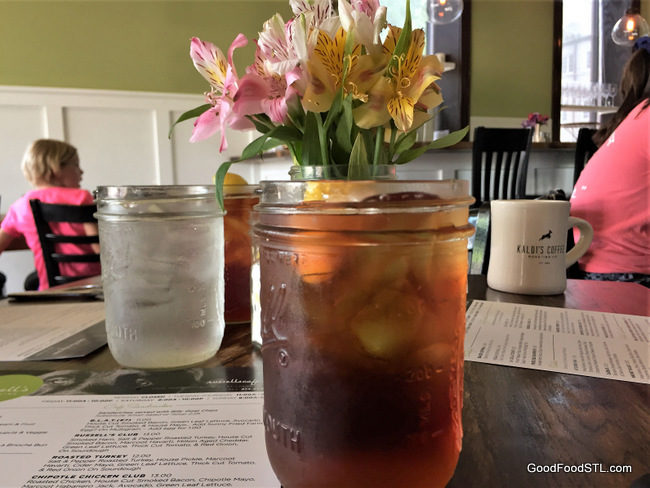 Iced tea at Russell’s on Macklind.

To slake her thirst, Cyndy makes a big container of tea each day. So I inquired about the formula. Here’s how she makes her daily brew.

Boil 4 cups of water and toss in two family-size tea bags. Let it sit for 4 minutes. Add 4 more cups of cold tap water. Viola! You have 8 cups of tea. Put tea in a large container or Mason jars in refrigerator. Add ice, lemon, sugar, or mint before serving. When I make it, I cut everything in half (except the 4 minutes of brewing time.  🙂

You don’t have to use a fancy, exotic tea to get this classic drink. Luzianne or Lipton varieties work just fine. If you want a stronger brew, add more tea rather than let the leaves or bags steep longer than recommended. Over steeping can cause bitterness, as does squeezing the tea bags. 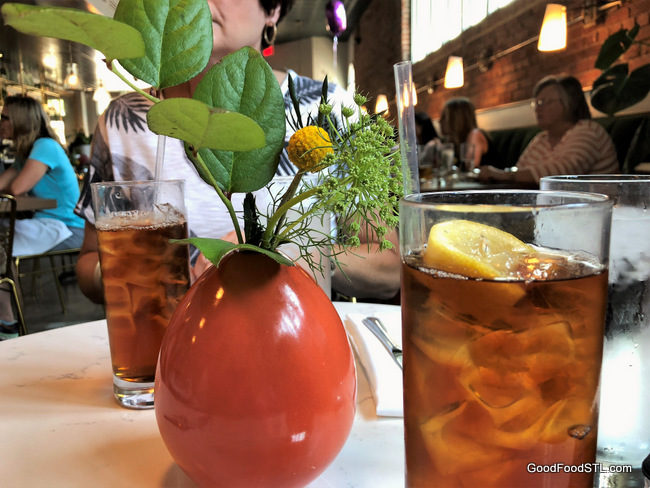 A view of the table at Clover and the Bee. I’ve taken pictures of tea glasses at a number of restaurants around town, just because they’re often so photogenic. 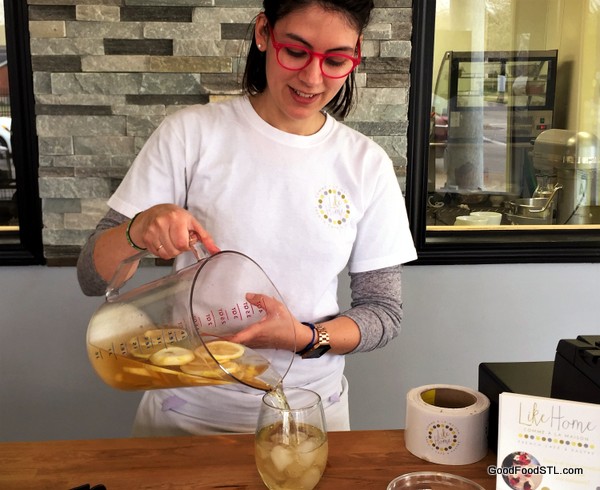 When it was open, Like Home French Cafe served the popular American drink with lemon.

There’s long been a dispute over where iced tea had its beginning. Here in St. Louis we like to think it was at the 1904 World’s Fair along with ice cream cones, cotton candy, hot dogs, hamburgers, peanut butter, and the club sandwich. Most of those items were around before that, but were popularized on the mile-long Pike, considered to be the world’s first food court.

Serving cold tea likely began 40 years before the Fair. There are printed references going back to the 1860s.

While beer is the world’s most widely consumed alcoholic drink, it’s the third-most popular drink overall, after water and tea.

Yes, spring is here. It’s time to brew a big pitcher of iced tea and Zoom a few of your nearest and dearest friends. For now, let’s stay safe and refreshed in the Corona Cocoon. Someday we’ll clink glasses together again. Cheers!