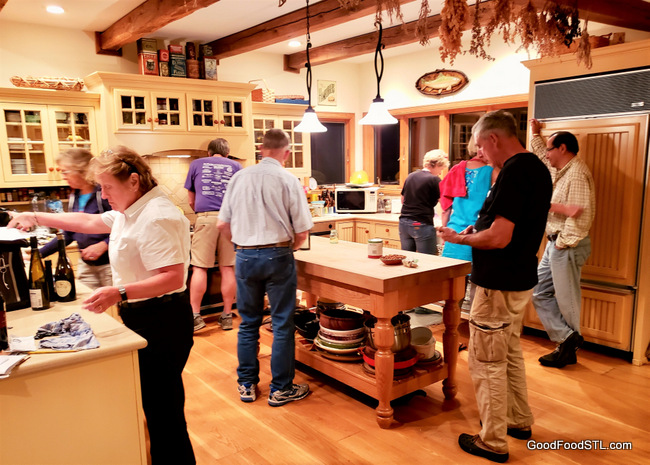 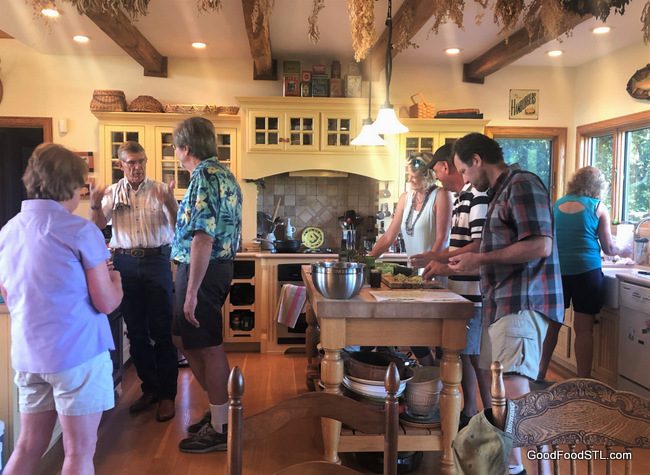 The kitchen island at the family farm has become the “household hub”, a gathering place for food prep and good times.

My nephew and wife are adding a new kitchen island during their farmhouse renovation. They sent me a photo. It looked to be the size of a ping pong table. I jest, of course. But let’s just say, it’s an enviable size. (See photo below.) 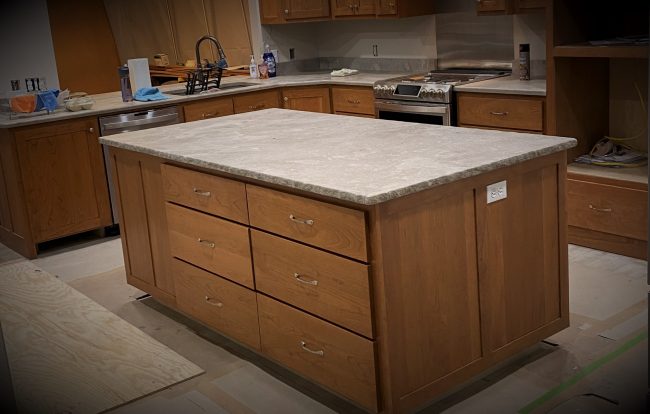 My relationship with a kitchen island began with our first farm house, built in the early 70s. The island was a mere 30″ x 18″, even so, I felt so avant garde having the popular, new kitchen addition.

After the farm house burned in 2001, we rebuilt on another part of the farm and this time I went for a much larger wood top island (about 6′ x 2.5′) from Boos Butcher Blocks. They offer an array of island and chop blocks in various colors, and shapes for all size kitchens. Great website!

Though I Hate to Admit It

Several people at a time can work around the kitchen centerpiece. It’s a perfect place to chop veggies, mix a batter, carve a turkey, or even serve a small buffet or spread an appetizer tray. I included an electrical outlet, a drawer for small utensils, and an old-fashioned Coke bottle opener attached to one end of the island..

Beneath the chop block I have space for misfit appliances. You might call it the “Rabbit Hole,” a place where kitchen do-dads go to hide out. It looks like an overstocked shelf in a mini appliance center.

I don’t have an island in my condo kitchen. I barely have enough counterspace to make a sandwich. I miss my farm island, but I mostly cook for myself in St. Louis, so it’s just as well I don’t spread out over too much space. 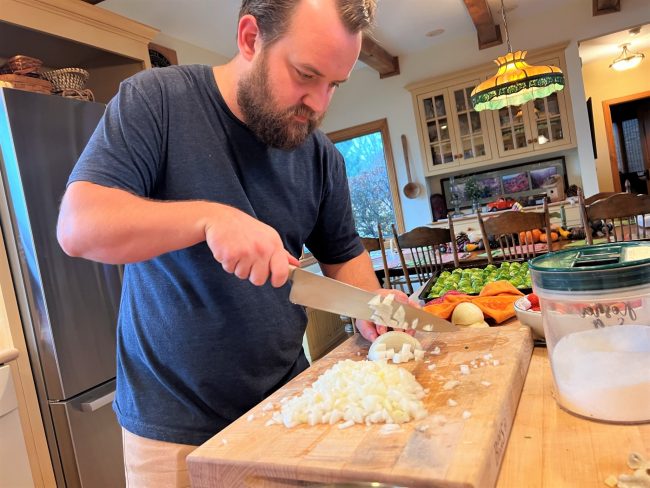 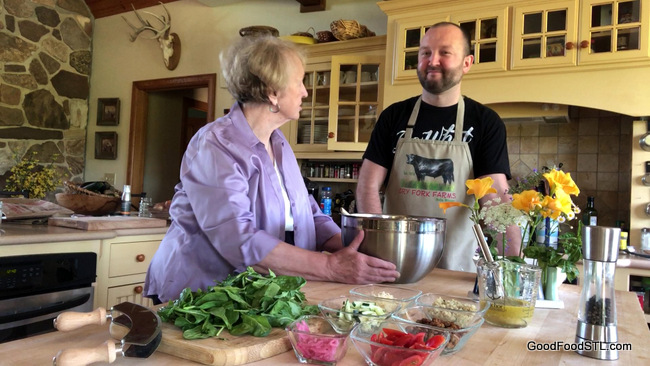 Austin and I find the island perfect for making a large chopped salad (Note the mezzaluna in the left corner, a rockin’ blade, that lets you mimic the salads at Crushed Red..

Happily Stranded on an Island 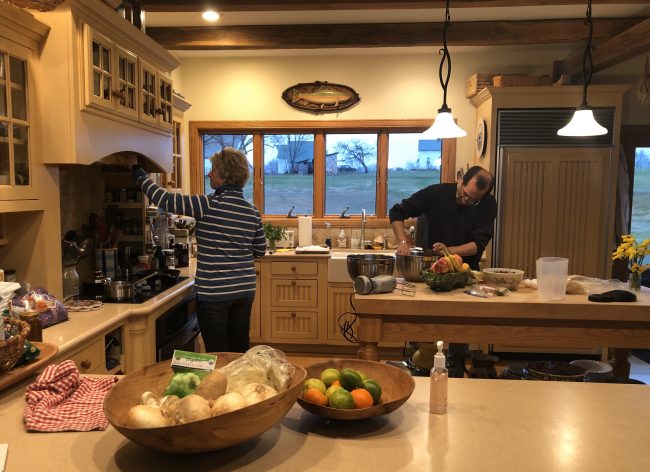 Chip Off the Old Block

The kitchen island, as we know it today, was not always the gathering spot for cooking, conversing, and entertaining. It was often just an old wooden table tucked away in a remote kitchen, far from guests. (Historical note: The kitchen in the Missouri Governor Mansion built in 1871 was located in the basement on a dirt floor. Hmm. . . at least, they didn’t have to sweep the floor as often.)

Opening Up the Kitchen

It was architect/designer Frank Lloyd Wright who “opened the kitchen door,” so to speak, when he placed a glass partition between what he called the “workspace” and the living-dining area. Many housewives were appalled at the thought of a smelly, hot kitchen being so visible.

But today family and guests find the kitchen island a multipurpose room from which to enjoy a meal or pleasant gathering. Thanks. Frank! 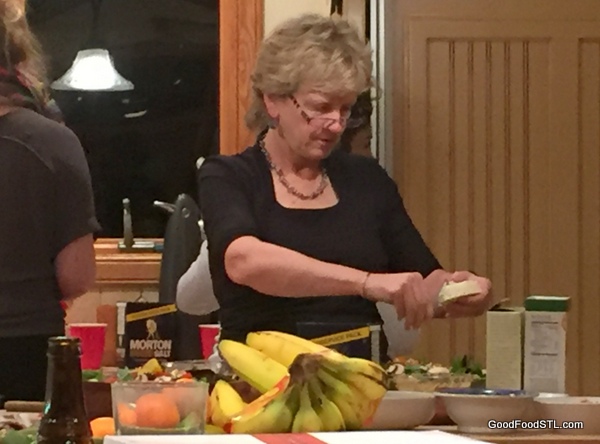 Being “stranded on an island” alone, allows you to spread out in a secluded work space.

According to a Houzz’s 2022 U.S. Kitchen Trends Study, “islands are one of the most sought-after upgrades” in kitchens. The addition definitely increases the value of your kitchen when considering selling.

Kitchen design gurus will often nix an island, if your kitchen is less than 13′ wide.  Even so, I bet Boos Butcher Blocks, with its vast selection of islands, could find a size for most any kitchen.