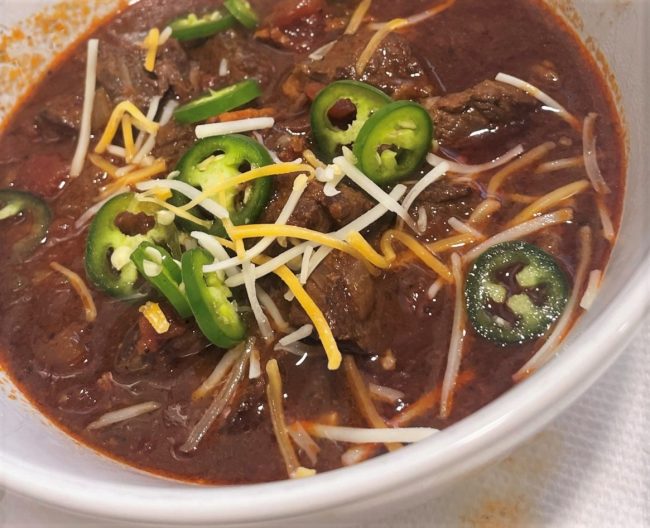 Yes, it’s the chilly (chili) time of the year. A time to pull out your favorite recipe for the meaty-beany concoction, that your grandmother won a contest with during a chili cook off. 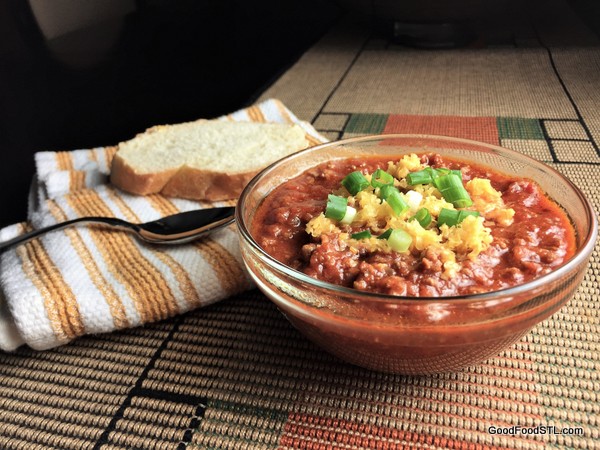 This chili recipe I’ve used for decades comes from the old Better Homes and Gardens Cookbook (as does my favorite lasagna). Admittedly, I sometimes put a bit of beer in the mixture, which never does any harm.

Will Rogers Called Chili “A Bowl of Blessedness”

But I’ve never made a Texas-style chili—the kind with chunks of seared beef, no beans, and lots of roadhouse seasonings. Recently, my grandson, Andrew, took on the task and sent me photos and directions. He even froze a bit for me to try. 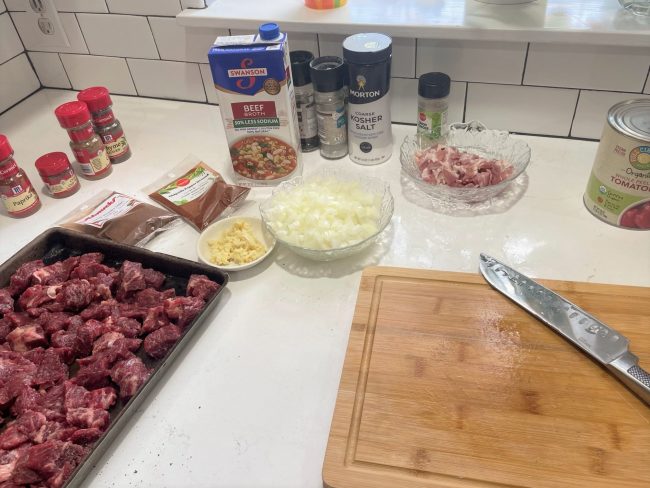 Unable to find a brisket, Andrew went with short ribs, which he seared along with the bacon until the meats had caramelized. The ribs were falling-apart tender. 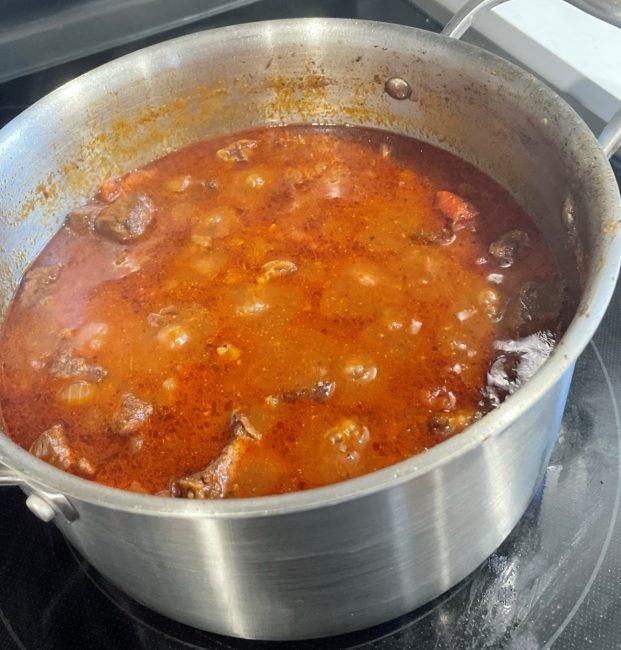 When I reach for a big soup pot, I always think of Louie Armstrong’s recipe for Red Beans and Rice. It starts: “First, get yourself a pot half the size of a tuba.”

The blog recipe Andrew used (Texas Brisket Chili) was from the Urban Cowgirl, who claimed it had been in her family for four generations and won umpteen first prizes. Several of her friends had the same good fortune.

The recipe is a lot more kitchen intensive than the old BH&G version I’ve used for years. Andrew said the Texas-style chili was worth the effort and extra cost. I was skeptical until I tasted it. He was right!

« The Buckeyes Are Blooming
Bowood Blossoms All Year Round »