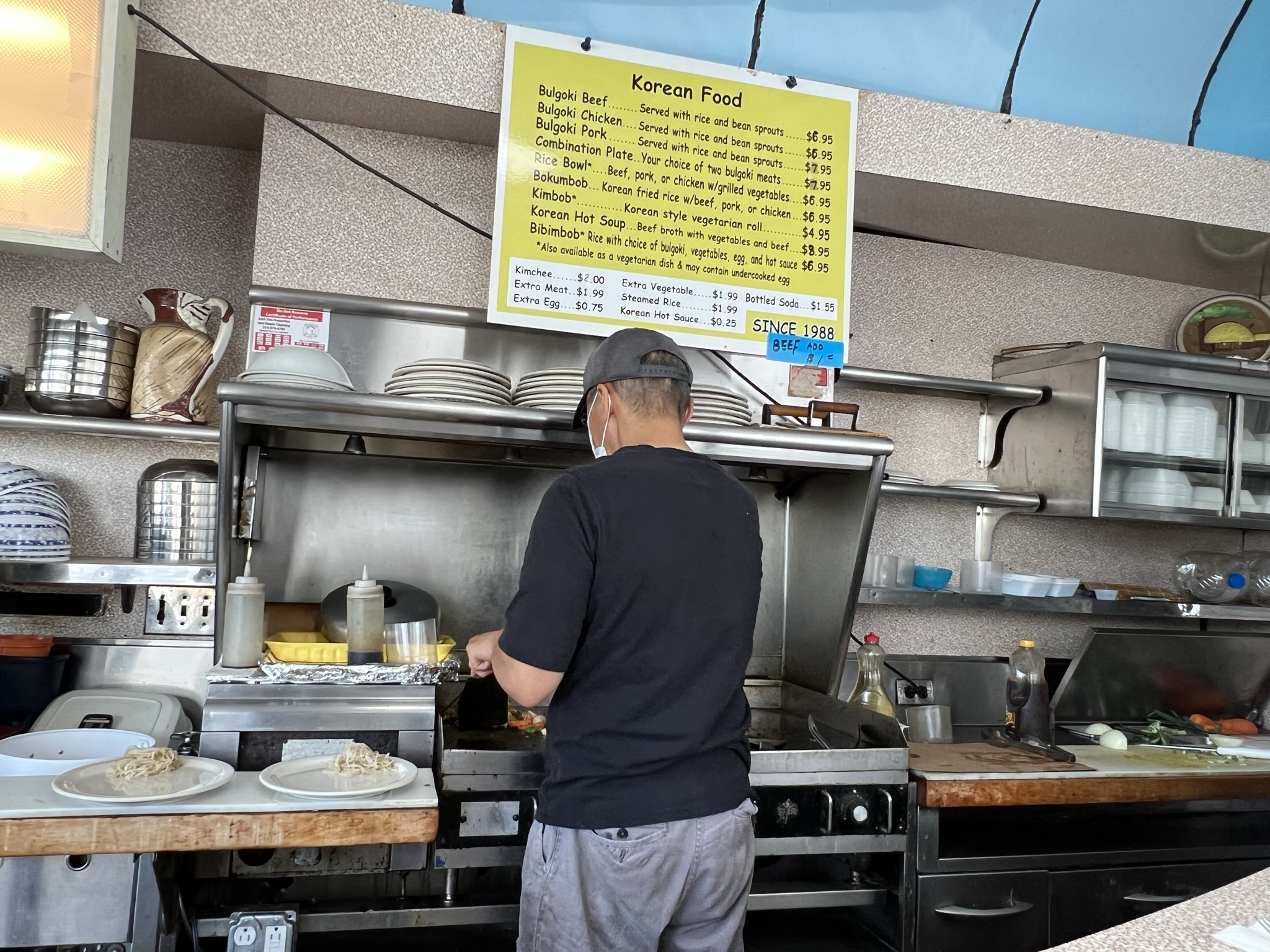 U-City Grill is an oddity. If your navigational skills are sharp, you’ll find it in a large parking lot in The Loop. There’s no signage, no tables, no outside dinning, no alcohol, no paper menus, no website, no small talk, and no delivery. And no credit cards! It’s “cash on the barrel head.”

You wouldn’t expect to see a name like U-City Grill on a Korean restaurant. Apparently, the place was once a typical 40’s diner with ten, or so, stools encircling the curved counter.

Nowadays a small number of traditional dishes grace the overhead menu. Despite the vintage feel of the place, owners, Mr. and Mrs. Sims, have served up some of the best Korean food in town for nearly 35 years. What the diner lacks in ambiance, it makes up for in goodness. 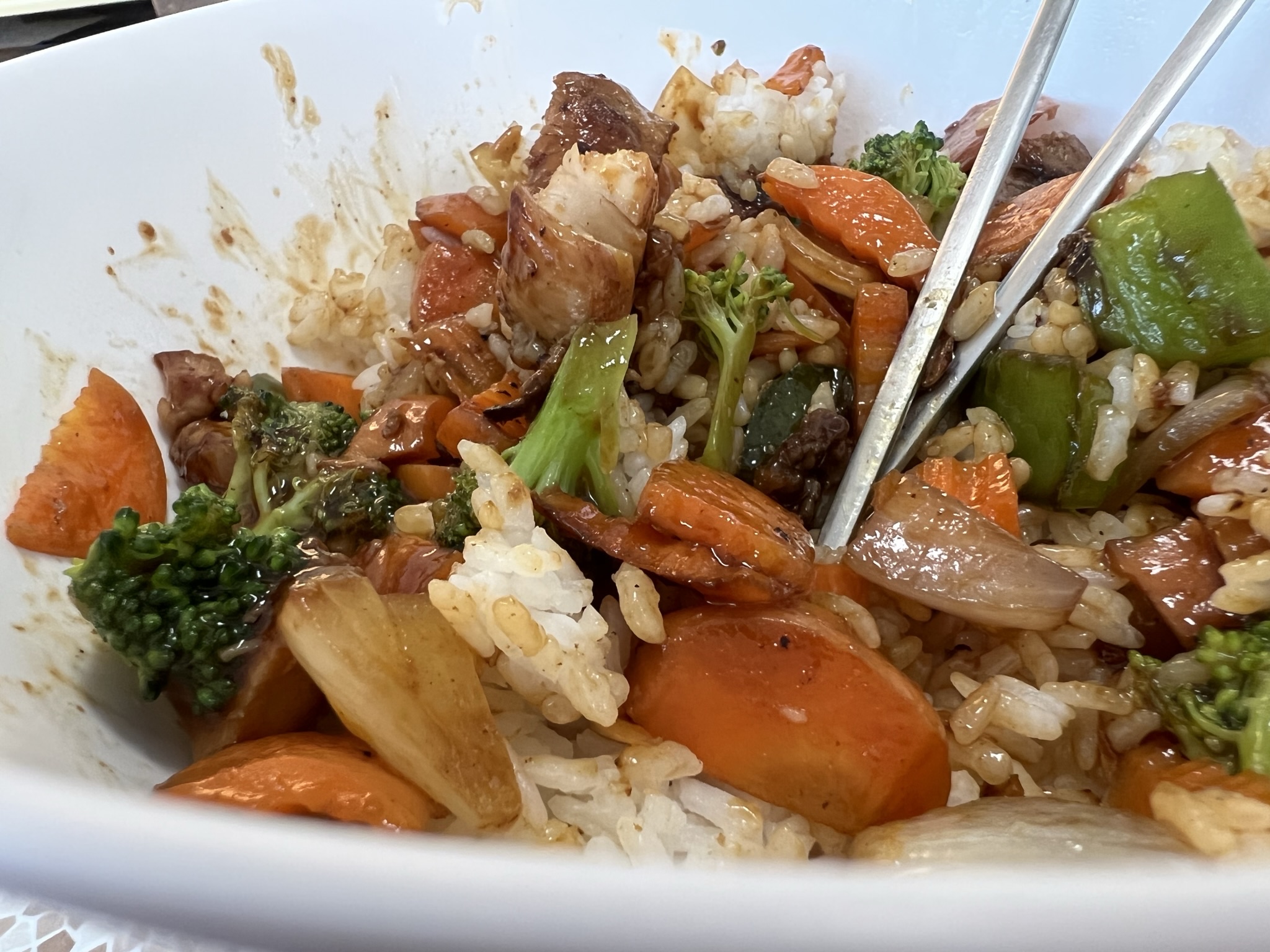 Behind the counter is the son of the family, who serves as cook, waiter, and cashier. The no-nonsense guy would make Calvin Coolidge seem like Chatty Cathy. There’s no greeting upon arrival or chitchat with customers. (Though there might have been a smile behind his mask; I couldn’t tell for sure.)

His first words were: “No credit card, cash only.” Robin, JC, and I nodded in agreement, though his brusque manner reminded me of the soup seller in the Seinfeld series. Order. Pay. Go. 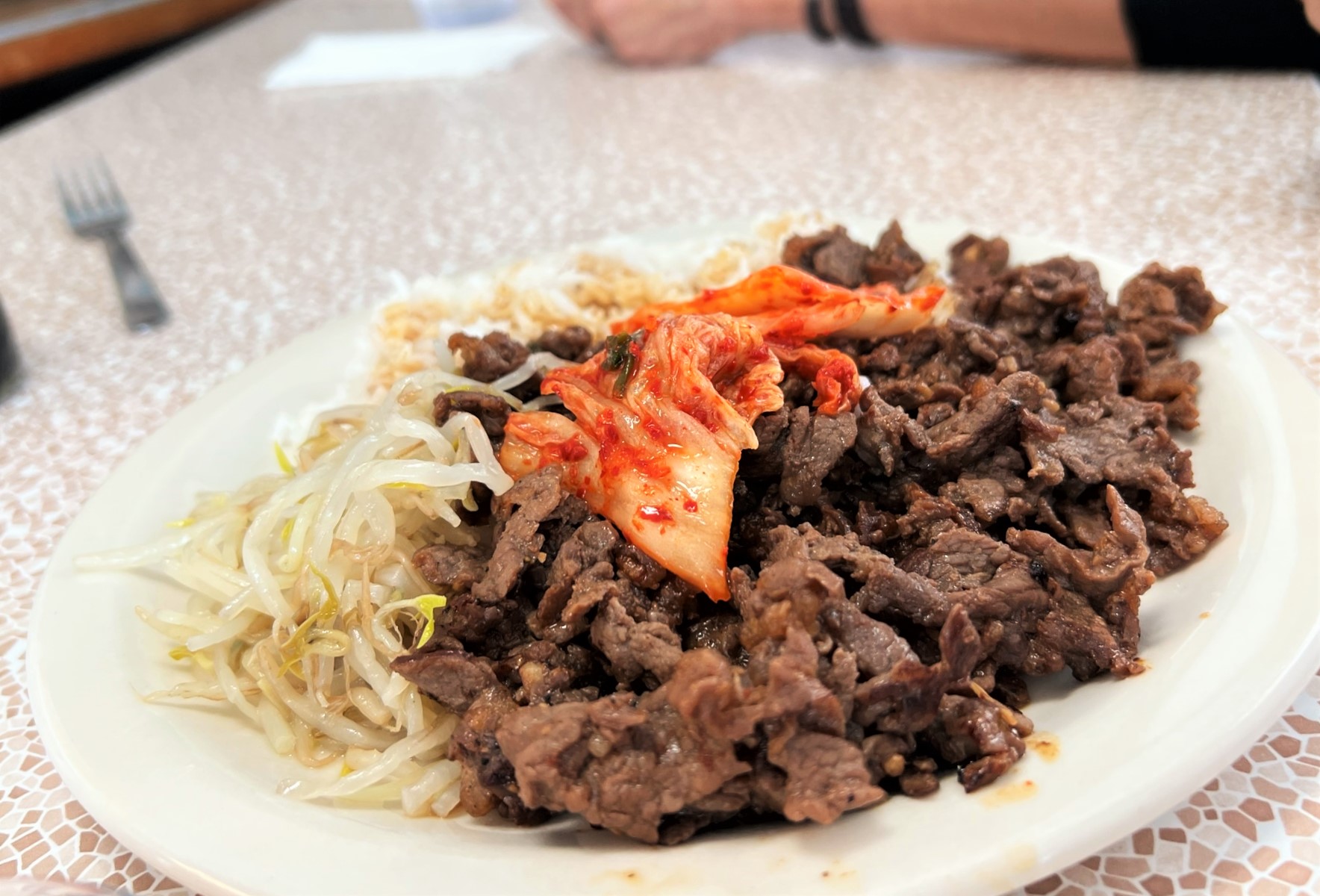 I watched as Sims chopped fresh carrots, and red and green peppers for my Chicken Rice Bowl. On the grill, he steamed the vegetables covered with an ordinary pot lid. He later added rice, and chicken, and capped everything with a sauce. Within minutes I had a bowl set in front of me that abounded with flavor. 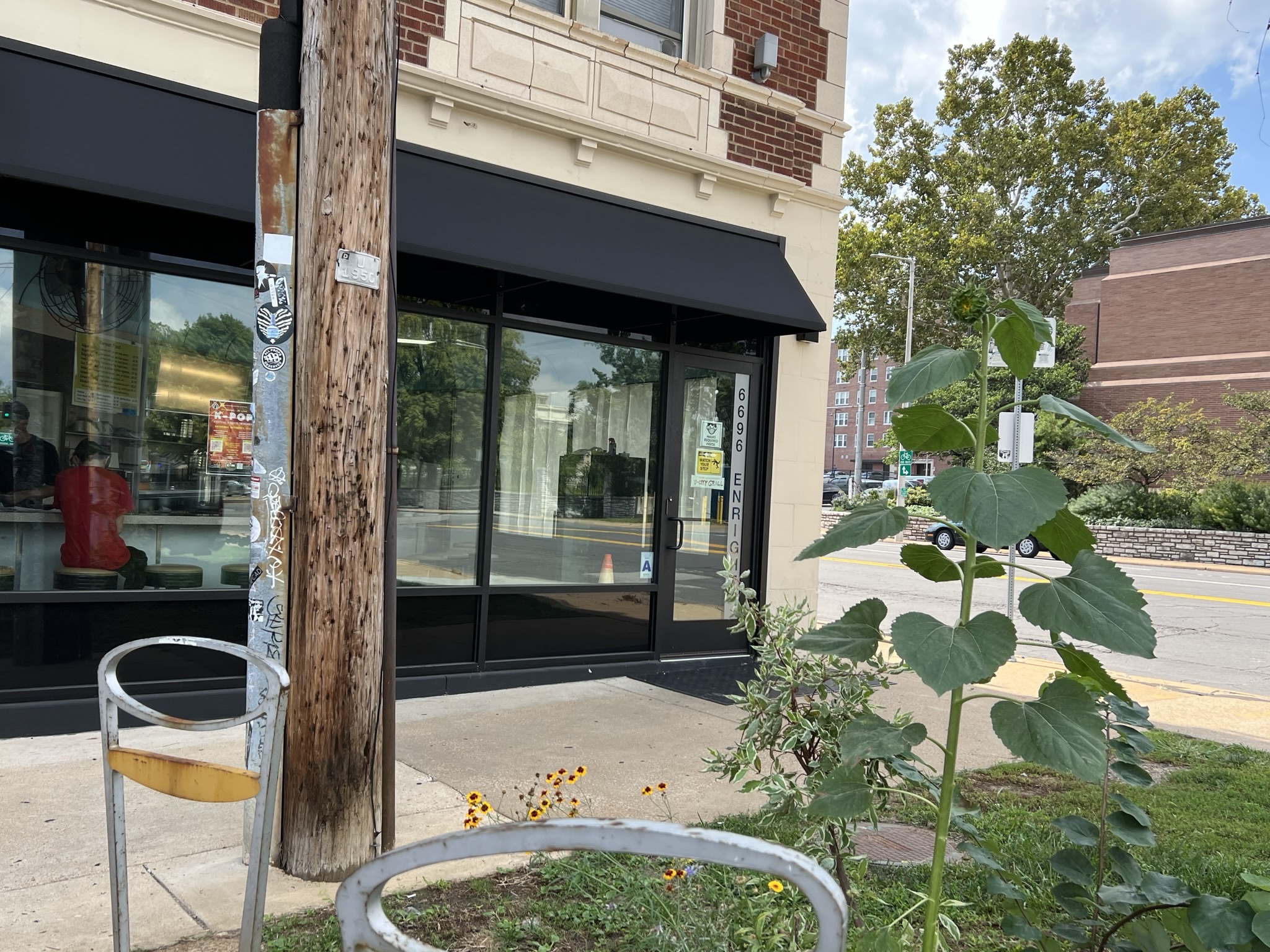 The only sign for the restaurant is a small slip  of paper taped to the door.

I tried to make small talk with the cook as I often do with new people I meet.

“Where’s your family from in Korea?” I asked.

“Do you still have family in Seoul?”

“Yes,” he replied as he continued cleaning the grill.

“Does your mother work in the diner now?” (She had for years.)

“Yes,” he replied without turning back towards me.

I was going to ask about the unusual name of the place. But about that time, Robin chunked me in the ribs and gave me a stern look that suggested I abandon the inquisition and eat my Rice Bowl, as was intended. It was a large portion, so I took the remains home for dinner. Later Robin said my abbreviated “conversation” with Sims was the most she’d every heard him say.

Now Let Me Say This

On one of your more adventuresome days, when you’re bored with fast food or over-decorated, cushy-seated bistros, give U-City Grill a try. It reminded me of many a place I ate in Korea years ago.

« Taco Buddha: Fusion at Its Best
Vegetable Soup: Good for Body and Soul »