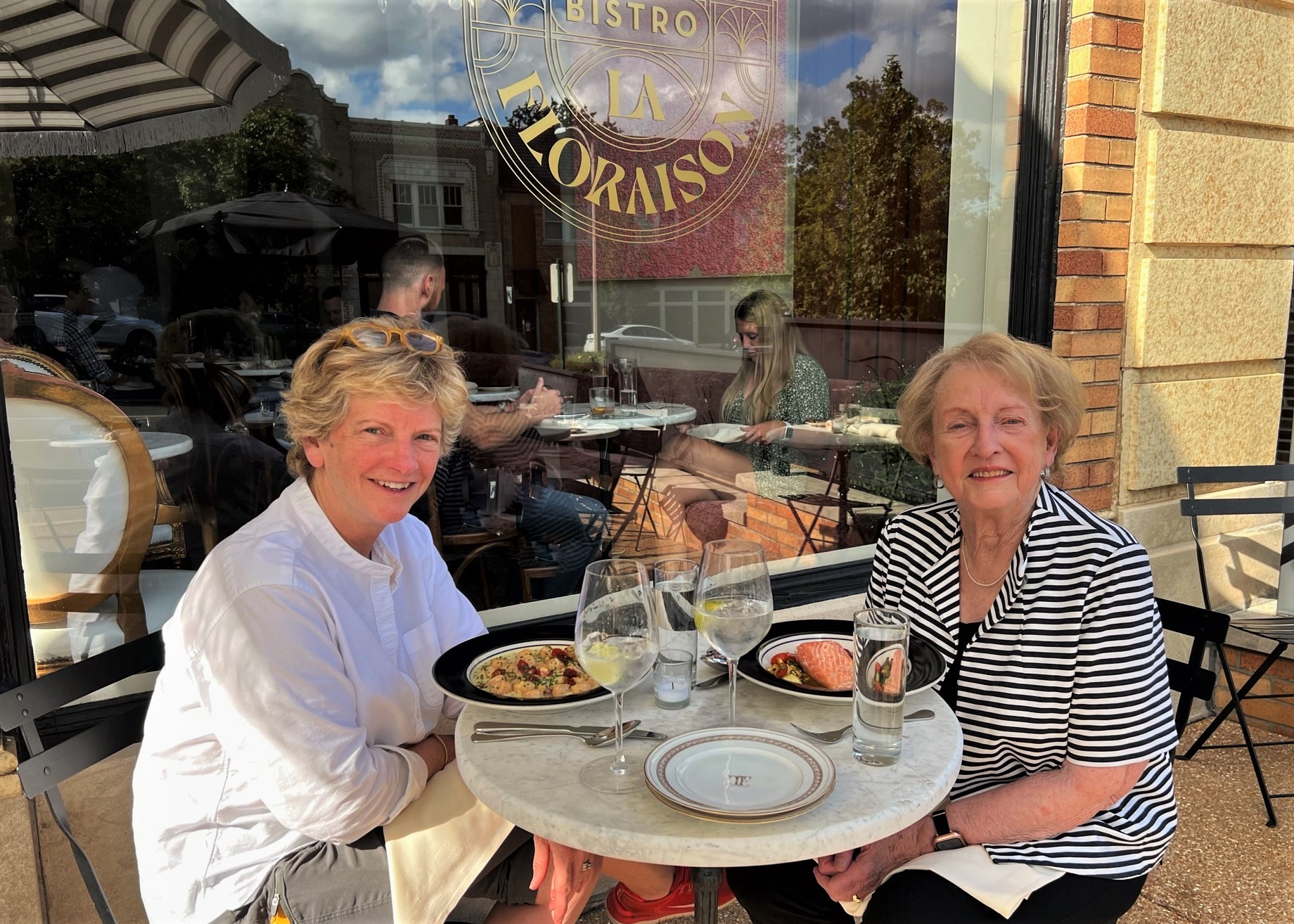 Robin and I munchin’ and musin’ at Clayton’s newest bistro.

The Name’s the Thing

Restaurants come and go. I morn the COVID-era loss of far too many local menus. One such was Bar Les Freres in Clayton—across from the statue of Botero’s black horse on Wydown.

Award-winning chef Michael Gallina and his wife, Tara, have come to the rescue. (They also have Vicia, Winslow’s Table, and Taqueria Morital in their culinary domain.)

Their new version of the French bistro is called Bistro La Floraison, (though I think a name like Black Horse Bistro rolls off the tongue more easily.) But maybe such an earthy moniker sounds too much like a British pub.

Bliss on a Plate

But enough on name. As Shakespeare reminded us, “A rose by any other name would smell as sweet.” Indeed, the new Bistro lifts the culinary bar in the area. The menu is not vast, but the dishes offered have been carefully curated for presentation, color and taste. The service is 5-star. 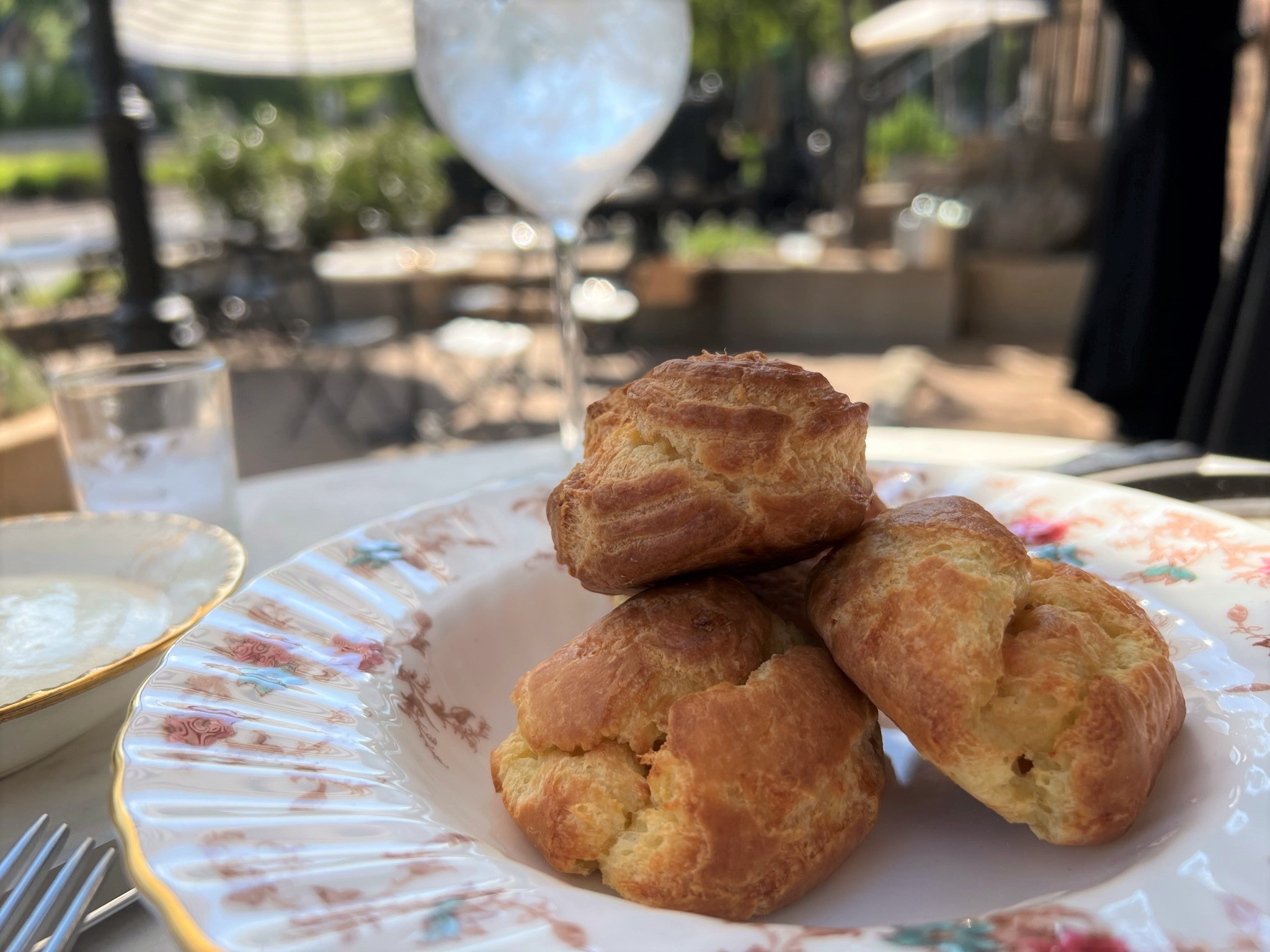 The quintessential Gougère served with Gruyère mousse and sea salt.

Robin and I recently dined on the Bistro’s charming outdoor patio. (There are 40 inside seats in two rooms and 24 on the patio.) The new owners have gone to considerable effort to maintain the ambiance of the former restaurant while adding a touch of French chic. 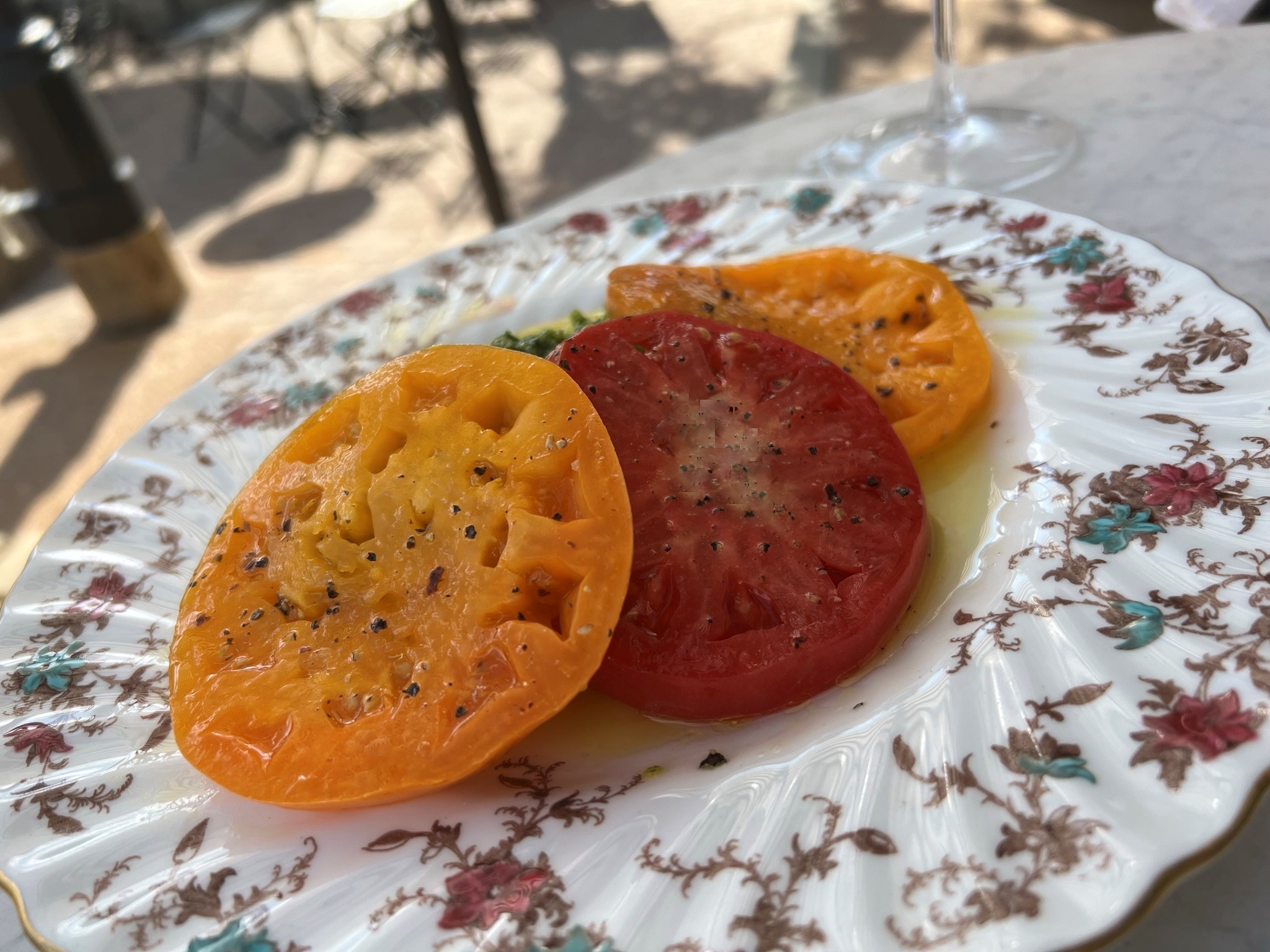 Heirloom Tomato Salad with whipped goat cheese, basil pistou, and toasted levain bread, a.k.a sourdough. These locally grown tomatoes were the best I’ve had all season! 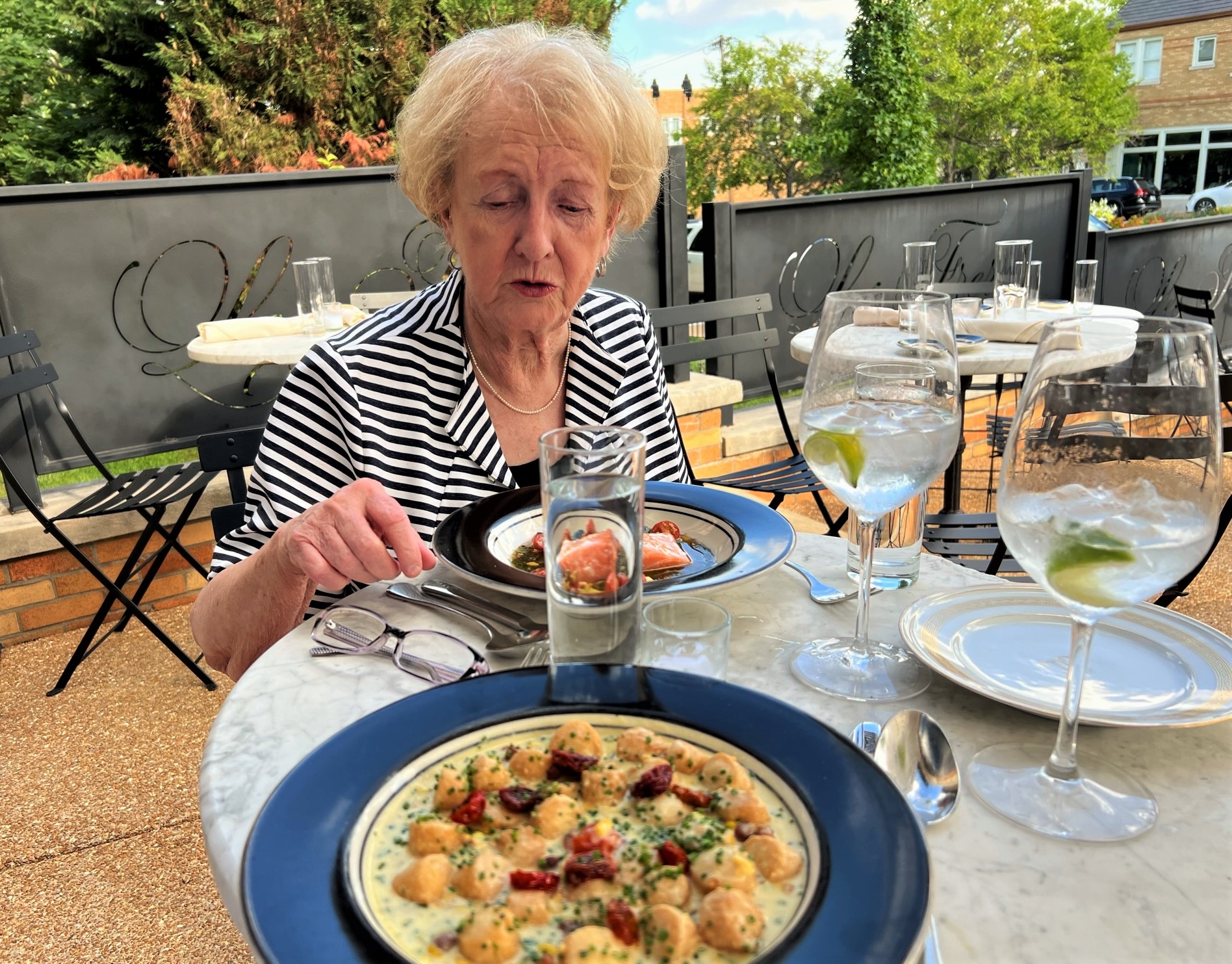 Ohh-la-la! I reach for a bite of Robin’s splendid Parisian Gnocchi. 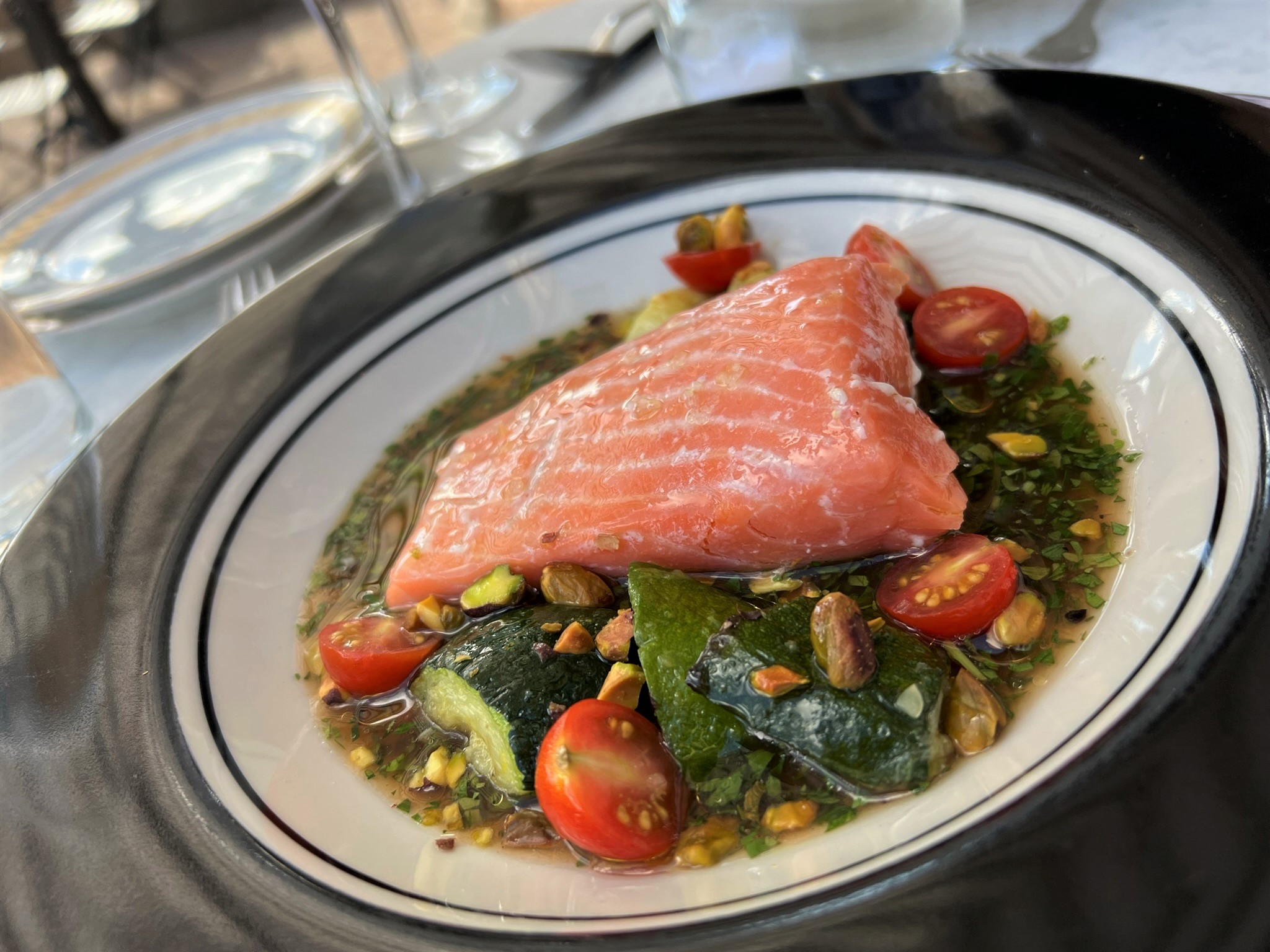 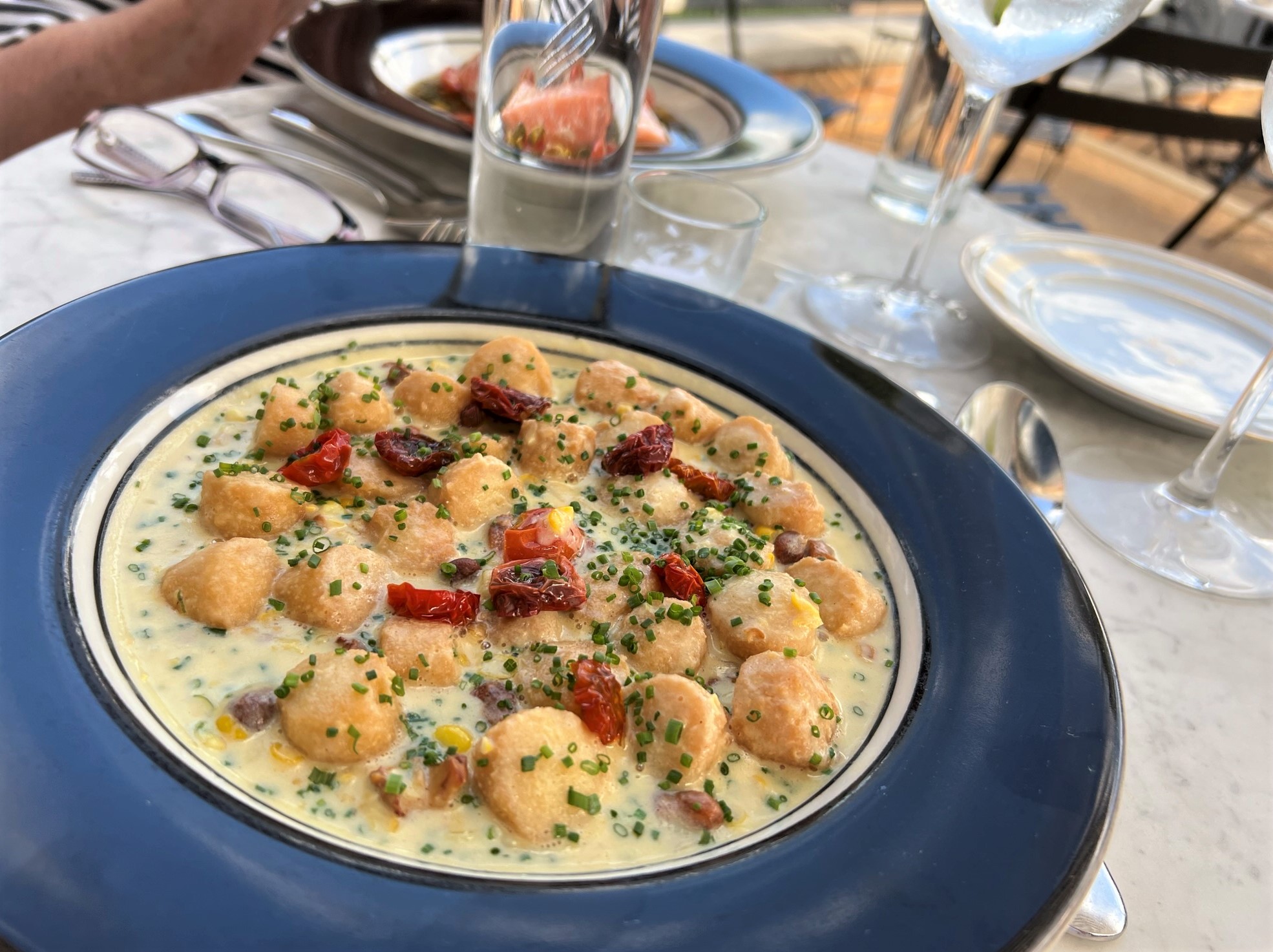 This Parisian Gnocchi is fit for the most discerning Frenchman. The dish includes sweet corn, chanterelles, demi-sec  tomatoes (i.e. half dried tomatoes, that still retain some moisture as opposed to fully dried tomatoes.) 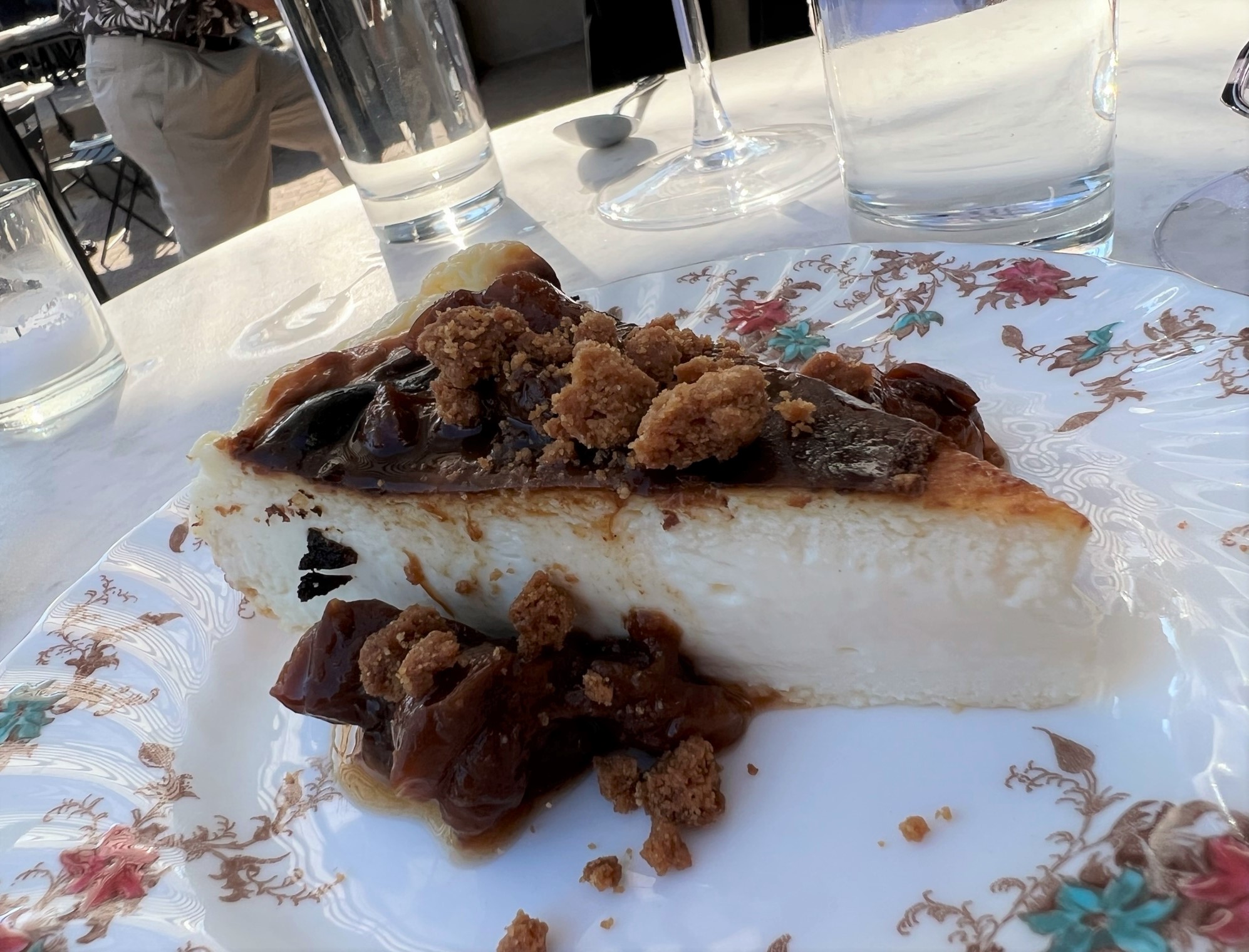 Basque Cheesecake topped with brown sugar and macerated stone fruit—which, on this night,  happened to be Illinois-grown peaches. Heavenly!

The Bistro’s website ends with the phrase, “Just say Oui.” Good idea. “Most certainly, “Oui will be back.”