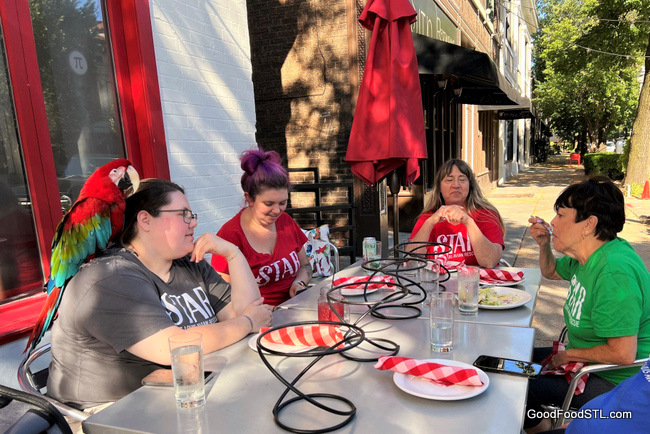 The volunteer crew of STAR Avian Rescue takes one of their “clients” on a pizza outing. The parrot had an injured wing and eye, so he was pretty much confined to the shoulder of his care giver.

You never know who, or what, you’ll come upon in the Central West End. After having an ice cream at Jeni’s and seeing the recent fire damage to several restaurants across the street, I headed to the car.

I nearly bumped into a table of women awaiting their pizza order. I was distracted by the large bird—a regal parrot—perched on the shoulder of one of the gals.

Of course, Robin and I had to stop and inquire about the bird. For the next 15 minutes we talked—-as did the bird occasionally—-though he never stayed on topic. 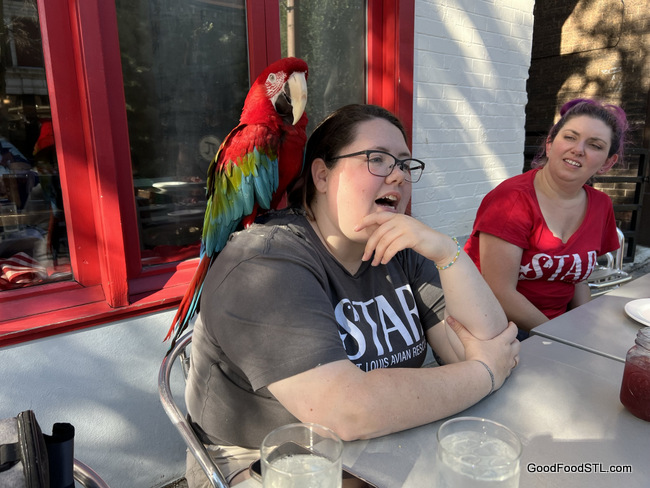 Nora and her feathered friend, Nelly, (named for the rap star). On the right is, Jill, the Executive Director of the volunteer rescue group.

Birds of a Feather 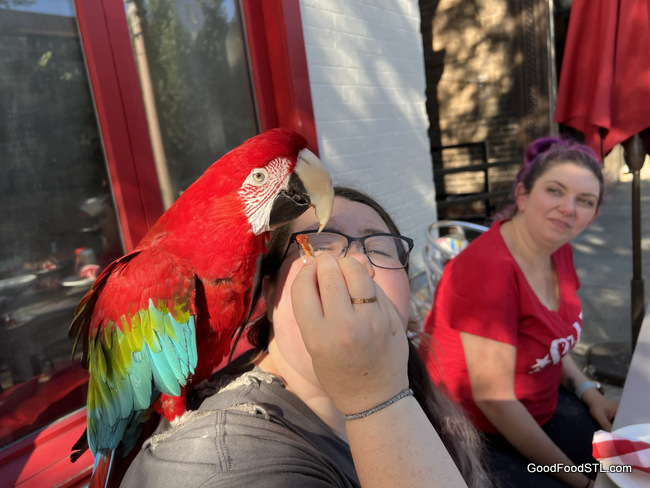 Nelly gets a nibble of pizza crust. 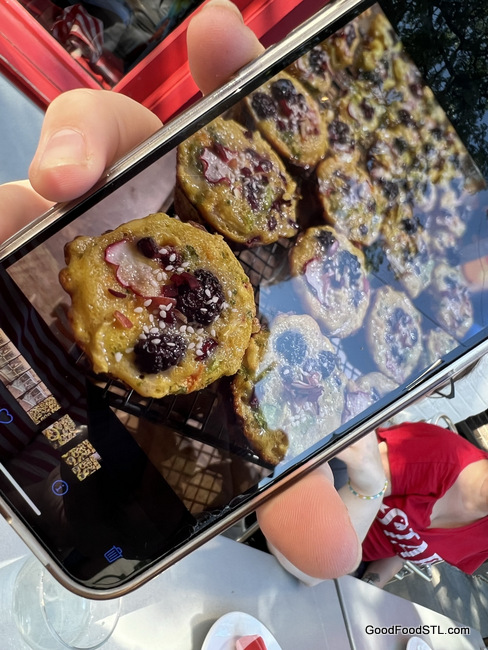 One of the volunteers showed me this phone photo of the food designed for parrot nutrition.

Now I’ve heard of dog, cat, and horse rescue. But didn’t know, that birds also benefit from such services as rescue, rehabilitation, adoption, and education. I also learned that birds raised as pets could not be released back into the wild. Being tropical they don’t fare well in cold weather.

You can find out more at STARAvianRescue.com.

I recall that my mother was into birds. One of my earliest recollections was hearing our canary, chirping happily from his perch and watching my mother change the newspaper at the bottom of the cage each day.

Later she got a parakeet. I named him Waldo Sebastian. He jabbered a lot of phrases, thankfully, none of them profane, and occasionally flew about the house, using any available head as a landing strip. 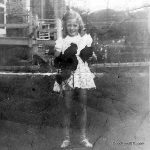 We even had a pet Easter chicken. Petey, who grew up to be a mean rooster. He lost his happy home after attacking the mailman one time too many. In the truce that was negotiated, Petey went off to a nearby chicken farm and the postman reinstated our mail delivery.

A Feather in Your Cap

This is probably more than you wanted to know about birds today. But it’s good that there are kind, loving people willing to care for birds and animals, that are abandoned, hurting, or homeless. Bless ’em everyone.

« The Summer Salads of St. Louis
An Ode to Ice Cream »