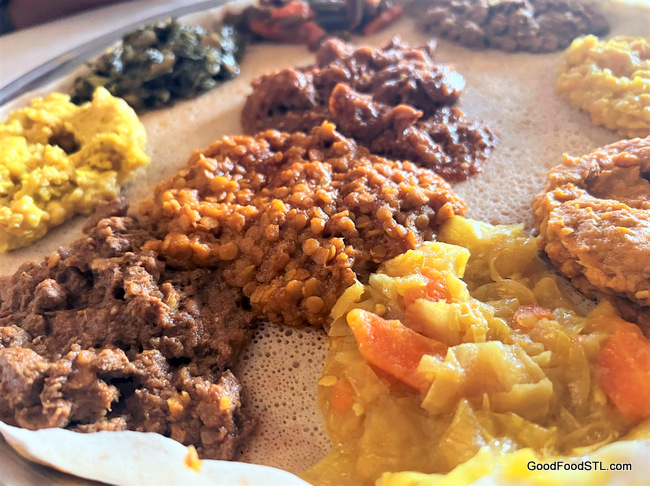 You can’t find anything like this palate party at Golden Corral.

The idea for Grubbing with My Grandsons came to me after watching a British TV series. In the show, Travels with My Father, a daring, fun-loving son travels to various countries with his stuffy, over-cautious father. Their contrary viewpoints and food escapades are hilarious.

In that same vein as the travel episodes, I asked my grandsons, Austin and Andrew, if they were up for some culinary pursuits here in St. Louis. They’d take me to places I’d not been and I’d do the same for them. Being foodies, they agreed it would be great fun. 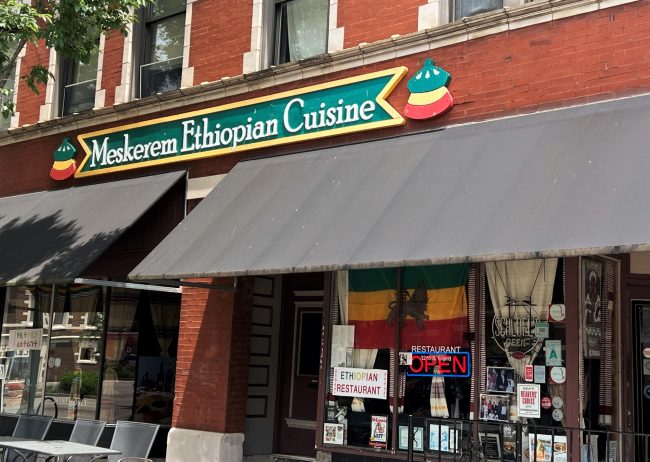 To test my sense of adventure, Austin picked Meskerem, an Ethiopian restaurant on Grand.

The restaurant gets good reviews, still I was leery.

“I read that this place doesn’t serve the food with utensils, for heaven’s sake,” I said to Austin in disbelief.

“Right,” he said. “You eat with your hands and lick your fingers a lot.”

“I can’t do that,” I said, already thinking this Grubbing with My Grandsons was getting out of hand—literally.

“Sure you can. Just pretend you’re three years old.”

“Remember, Grandma, it’s my turn to pick. You pick next time. Besides, customers don’t really use their fingers. They scoop up the food with a bread called injera. You tear off a piece and use it to grab some food, and put it directly in your mouth.”

“I’m already thinking, that MY restaurant pick is going to be a place where YOU have to wear a shirt and tie and polished shoes to get passed the maître d.”

He smiled. “My places will all be flip-flop friendly. And possibly pet inclusive. Are you okay eating Ethiopian with me next week?”

“In the mean time you might want to listen to the classic, 3-minute clip of Marge, Bart and Lisa Simpson,” he said. “Their car breaks down in an area in LA called Little Ethiopia. They reluctantly try one of the places for dinner and come away hooked on Ethiopian food and intrigued by the culture.”

I didn’t get around to that before our adventure, but I did drop a few packets of hand wipes and a plastic fork into my purse.

As we were about to step from the car, Austin paused a moment.

“Grandma, there’s some etiquette involved in eating Ethiopian food, that you might want to know.”

“I can’t imagine what that would be when I’m eating with my hands.”

“It’s polite to eat with your right hand. The left is considered ‘unclean,’ because it’s assigned other duties. You don’t pass or eat food with your left hand.”

I rolled my eyes. I felt like Wonder Woman in a culinary cape on a gastronomic adventure. 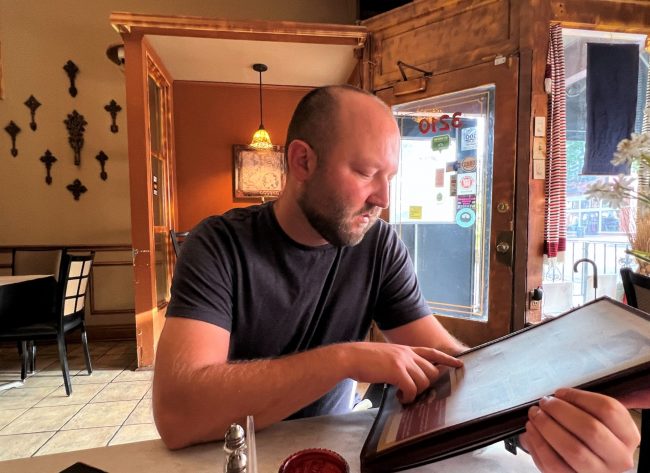 Austin scans the menu before making our selections.

The Details Are in the Gursha

“And, then there’s the gursha,” Austin declared.

“Actually, it means ‘mouthful.’ A person at the table carefully places a morsel of food directly into your mouth. It’s a gesture of love and respect. We’ll give it a try.”

“Just make sure it’s something I like—-not too spicy; not too bland.” 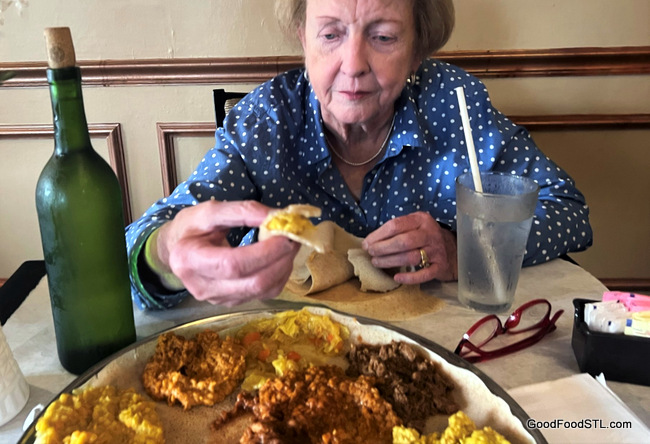 I cautiously test out the new hand-to-mouth technique. I was hungry, so I caught on quickly to the eating techniques of a three-year old.

We ordered the Meskerem Combo and the Vegetarian Combo.  The platter included: 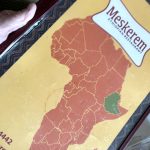 Putting the map on the menu—or the menu on the map?

Now it’s my turn to pick a place to take a grandson. I’m thinking a tea room.