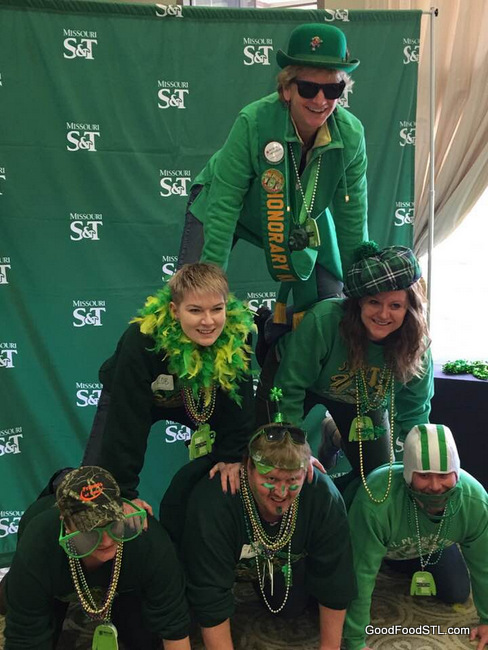 Robin joins in making a St. Pat’s pyramid during the 2018 celebration.

Wearin’ of the Green

This time of the year, most of us give a hat tip to St. Patrick. We wear a green tie or scarf, eat green-tinted pancakes, or cook up a pot of corn beef and cabbage. I’m convinced we celebrate the venerable saint far more than those living on the ol’ sod.

The Blarney Stone at Missouri S&T

During my 40 years in Rolla, I remember mid-March as the highlight of the social season. Youngsters looked forward to the many activities with the same glee they showed for snow days. 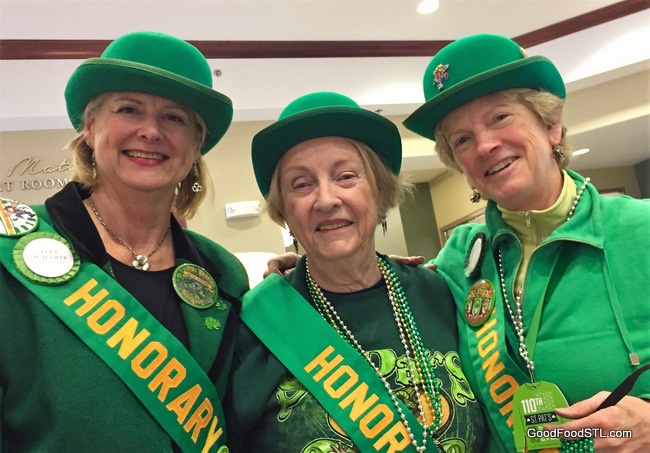 Each March the venerable, “Blarney Stone” is displayed to honor the patron saint of engineers. Some years ago, I was dubbed an Honorary Knights of St. Patrick, an honor that comes with no little distinction.

I was given a lovely green sash, a weighty medallion, green derby and cane, and a chance to kiss the mock rock—a far easier task then bending over backward to kiss the real one.

A Tradition is Born 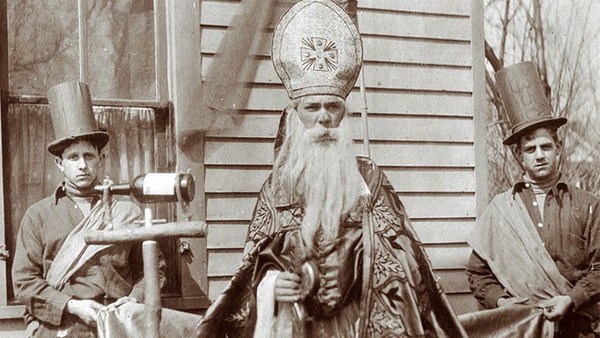 The first St. Patrick’s Day celebration at the college in Rolla (then known as MSM), was held in 1908.

Playful, class-skipping students marched up Pine Street to the campus and demanded that Dr. Young, the school’s director, kneel and be dubbed the first Honorary Knight of St. Patrick.

No doubt sensing the solemnity of the occasion, he knelt, and the tradition of bestowing knighthood has continued. 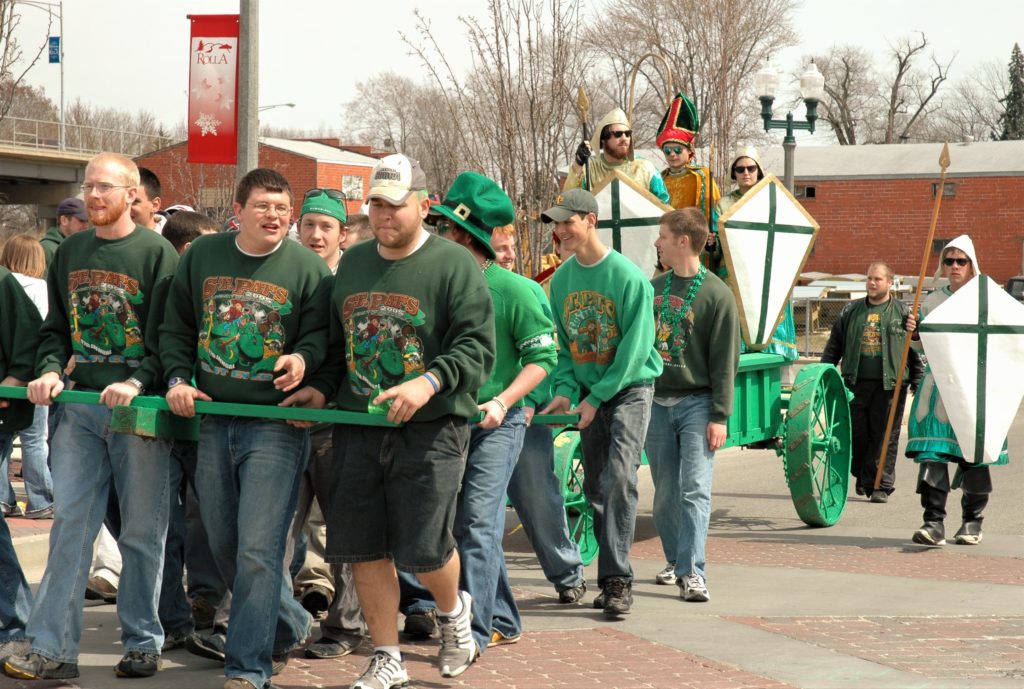 St. Patrick’s Day parade in Rolla, 2005. The designated St. Patrick is paraded through the streets aboard a manure spreader with all the pomp his fellow students deem appropriate.

In recent years, much of the intemperate behavior associated with the event has been curtailed in the interest of student and public safety. Thankfully, “Alice” has gone to her long-deserved grave, with only her many survivors left to tell the tale of their immersion in the vile concoction.

In recent years, student organizations have added a touch of benevolence to the celebration with a number of charitable deeds. Yes, traditions evolve and some for the better.

After more than a century of celebration, Rolla locals and students know how to do St. Patrick’s Day with gusto. 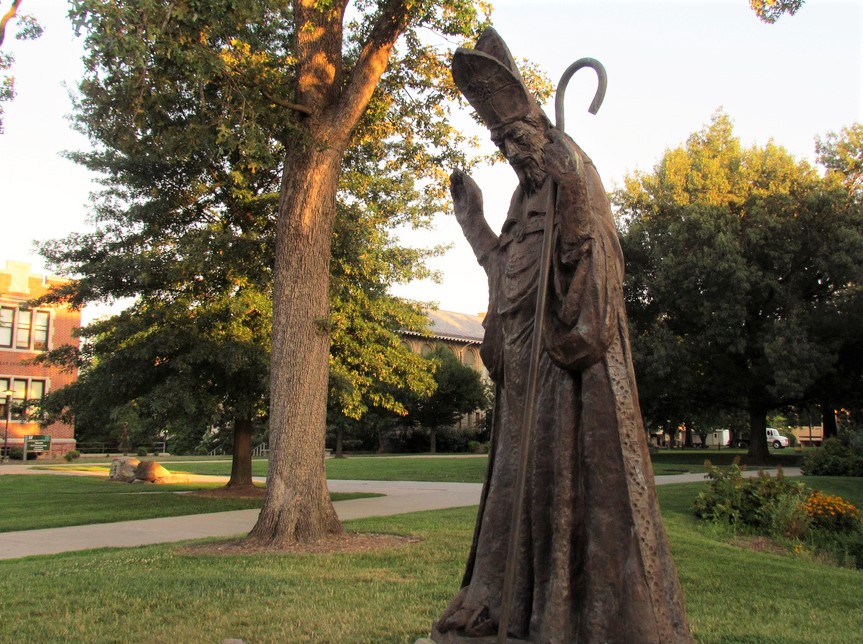 Today a bronze sculpture of the patron saint hovers over the campus, bringing a calm and reassuring presence to Missouri S&T students, who have occasional bouts of merrymaking in his name.