“Dearie, If You Remember, You’re Much Older Than I” 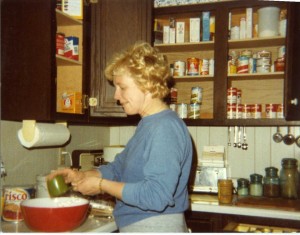 Let’s roll back time—culinary time, that is. During our recent damp, dreary days, I amused myself by recalling foods, that I enjoyed (or hated) as a kid. I still cook some of those, that I liked (meatloaf, breaded tomatoes); others I’ve pushed off the culinary diving board (tomato aspic, Waldorf salad).

Open a Can or Jar 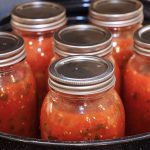 There was no DoorDash in my childhood. Grocery shopping was a time-consuming chore. Many a time I walked the six blocks with my grandmother to the Safeway and helped her hand-carry the groceries back home.

Happily, our larder was supplemented with home-canned goods. Basement shelves bulged with canned tomatoes, beets, green beans, pickles, applesauce, and chow-chow, depending on the yield from our Victory Garden. 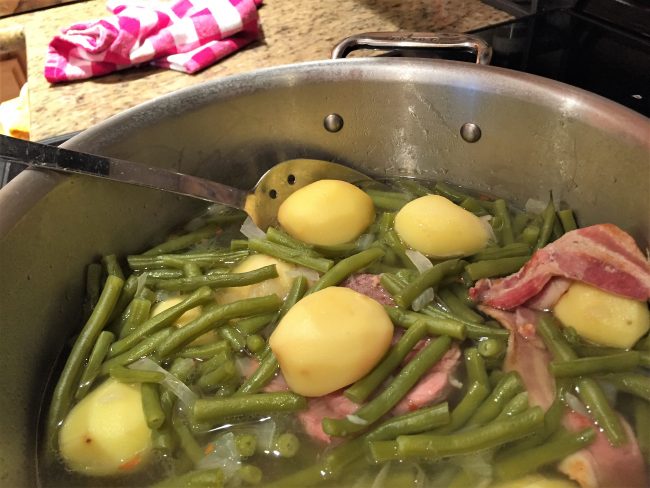 “Cooked-to-death” green beans, as my kids call this dish. I still love them that way.

Side dishes on our table regularly included succotash, butterbeans, cabbage, sweet potatoes, spinach, canned peas, rice pudding, and iceberg lettuce/tomato salad topped with mayo dressing. (It’s called a wedge salad today, though I don’t recall using that name.) I noticed on line that the old, shredded carrot salad with raisins and mayo is making a comeback from the culinary wastelands.

Nearly every meal served at our house came with potatoes: baked, mashed, fried, hash-browned, scalloped, or in a salad or soup. It must have been an Irish thing. 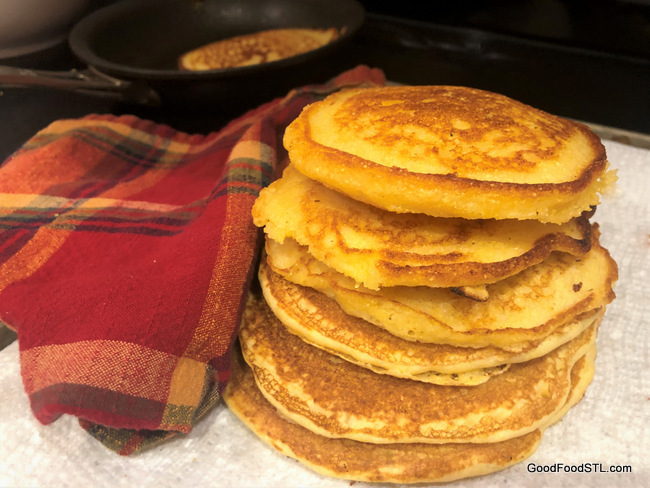 My grandmother made these corncakes everyday. I turned up my little nose at such an old-fashioned dish and stuck with Wonder bread. Today I occasionally make these corncakes when I’m having fish.

Cranberries were a biannual treat served only on Thanksgiving and Christmas. Each end of the container was opened and the contents pushed from the can, as Mother Nature intended. I had the fun task of extracting the wobbly glob onto a serving plate. No special occasion or church carry-in was without a Jell-O fruit salad topped with tiny marshmallows.

Wheaties topped my breakfast favs, though my mother occasionally insisted on Cream of Wheat or oatmeal. Pep cereal one upped General Mills by offering a small, pin-back button featuring a comic character. I didn’t care all that much for the cereal. But as soon as the groceries were set down on the kitchen table, I’d reach my unwashed hand down to the bottom of the box to fish out the toy prize. 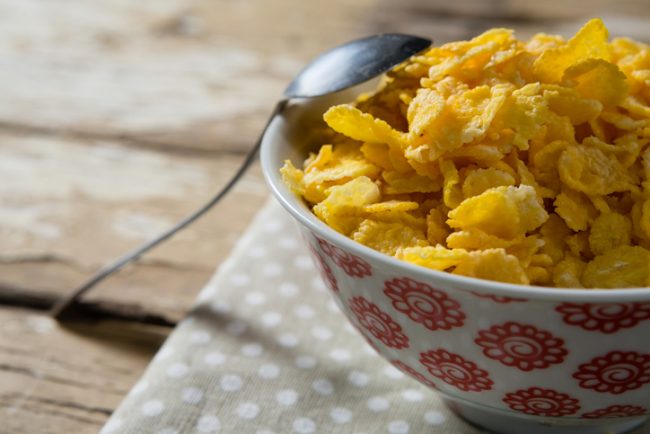 As to lunch, deli meats made for quick sandwiches: liverwurst, braunschweiger, and Taylor’s Pork Roll (aka Taylor’s Ham—an East Coast “delicacy,” that was sliced and warmed up in a skillet.

Various cooked animal parts came disguised as canned devil ham, Spam, and little franks. I do miss a good creamed chip beef on toast. I’ve not seen that on a menu in recent years. 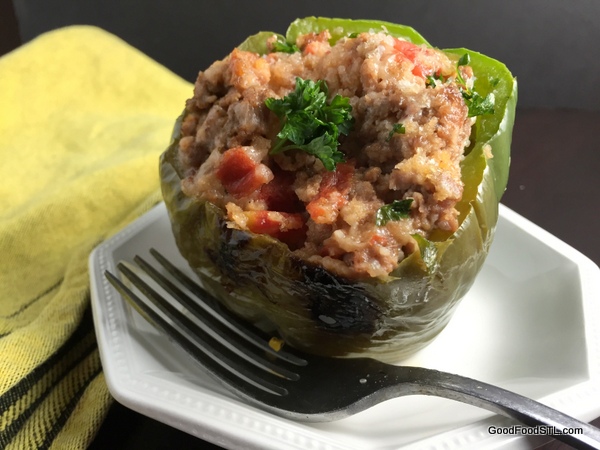 Most of our fresh fish came from smelly, fish boats docked at the historic wharf on Maine Avenue. My favorite was butter fish, a small, delicate variety that I seldom see in these parts, though it gets rave reviews on line. Living at a time before tacos or pizza, canned chow mien and chop suey were about as exotic as it got. 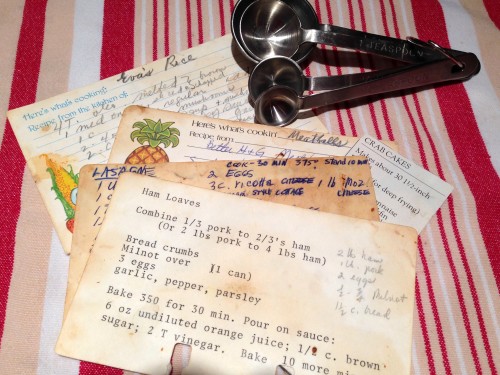 When food-centered entertaining returned in the 50s, women swapped poorly-scripted recipe cards of their favorite dishes. Every counter top held a box of 3″x5″ file cards divided by type of dish. I still have some of my mother’s with the name of the person who passed it on to her.

My signature dish became Beef Stroganoff, the delicious, sour cream-laden entrée I often served for company. It was delicious, but a little heavy on the calories and fat to eat very often.

In a time before an array of snack food and burger joints, and when pizza was widely unknown, there was little seating between meals. No cheesy dips or chips. Soft drinks rarely crossed our threshold. But Kool-Aid was a colorful, sugary treat during the hot summer months before the advent of air conditioning. But at our house, milk, iced tea and lemonade reigned supreme.

Kids of my era ate at mealtime and were often shooed from the kitchen at other times. We made up for it at the movies, with jawbreakers, bubble gum, jujubes, and cracker jacks.

I think I’ll have a 50’s era carrot-raisin salad for lunch. On second thought, make that a bowl of Wheaties with canned peaches.