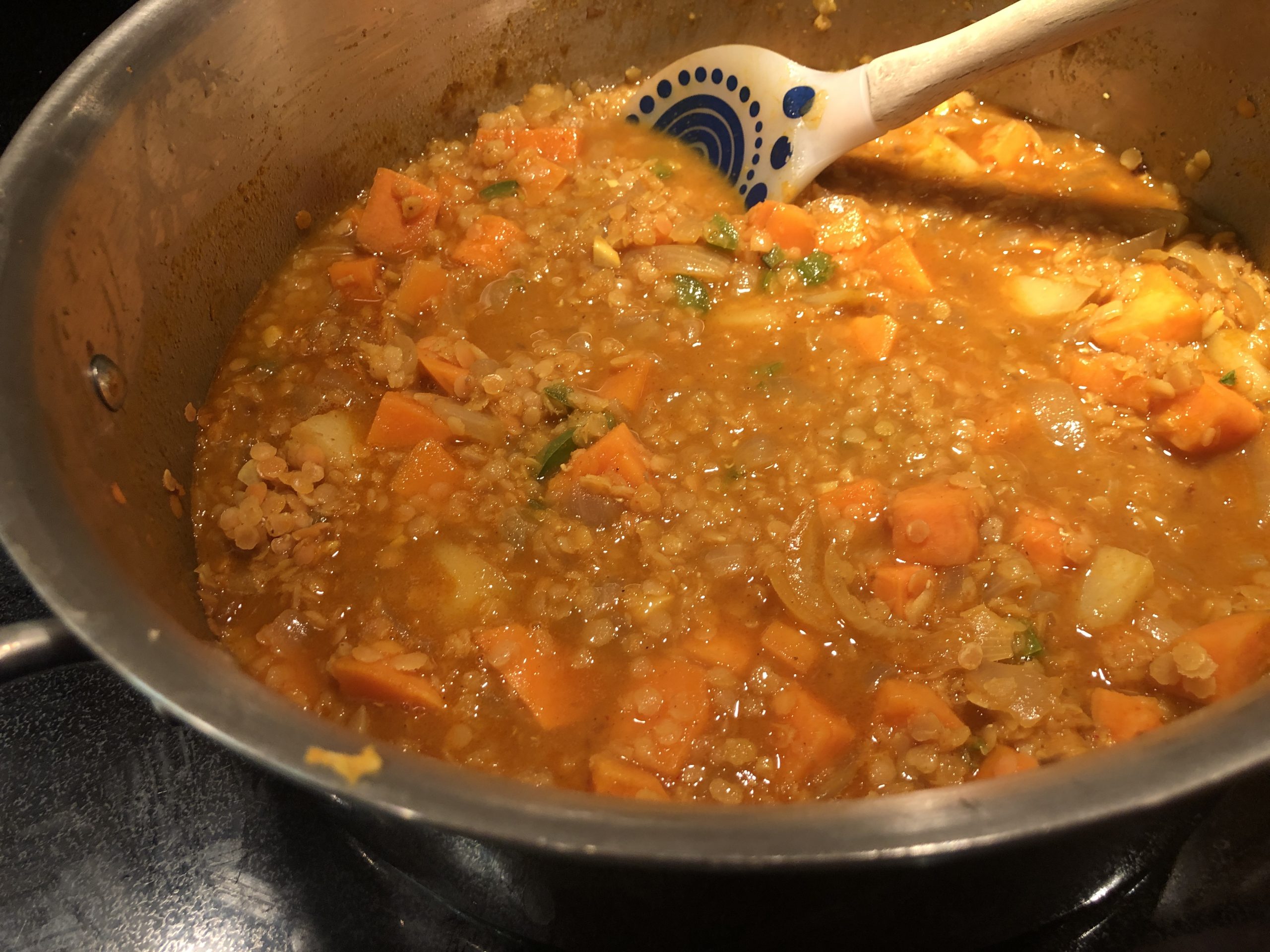 Lentil soups are not only delicious, they’re refreshing to body and soul. After downing a hearty bowl, I feel purified. They’re full of fiber, protein, iron and vitamin B, making them a meal in themselves. The healthy, edible legume has no fat, cholesterol, and few carbs.

What’s more, the lentils come in more colors than a packet of M&Ms. There’s red, green, brown, yellow and variants to all those. 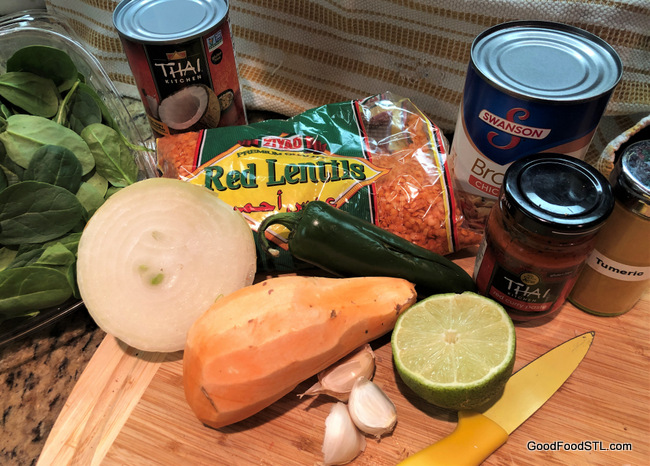 The makings of a red lentil soup. The legumes are grown mainly in India, Turkey and Canada. 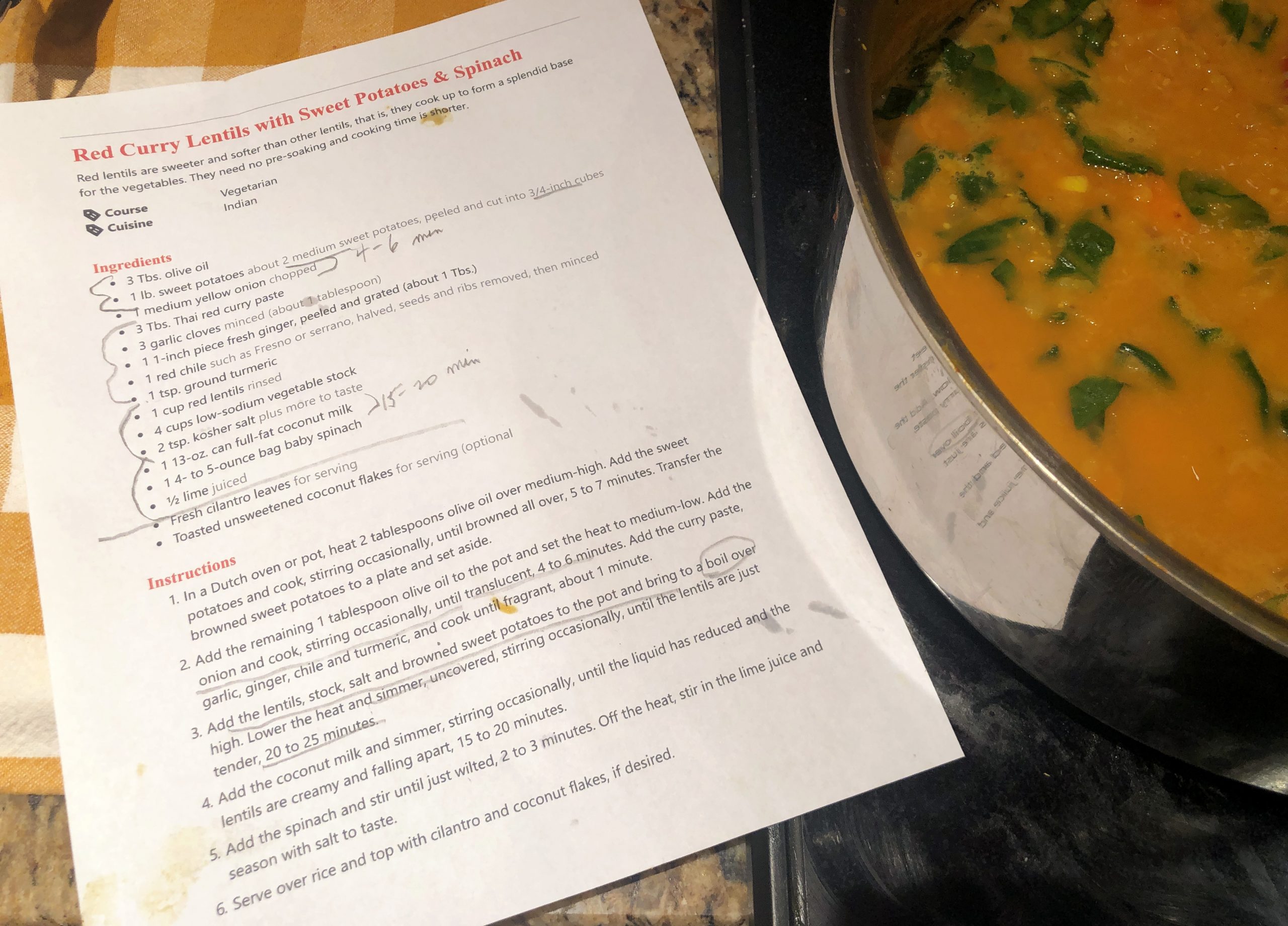 No Need to Soak Red Lentils

Red lentils are sweeter and softer than other lentils. They require no pre-soaking, have a sweeter taste than other varieties, and cook very quickly. As they simmer, they “melt,” that is, dissolve into a thick soup. 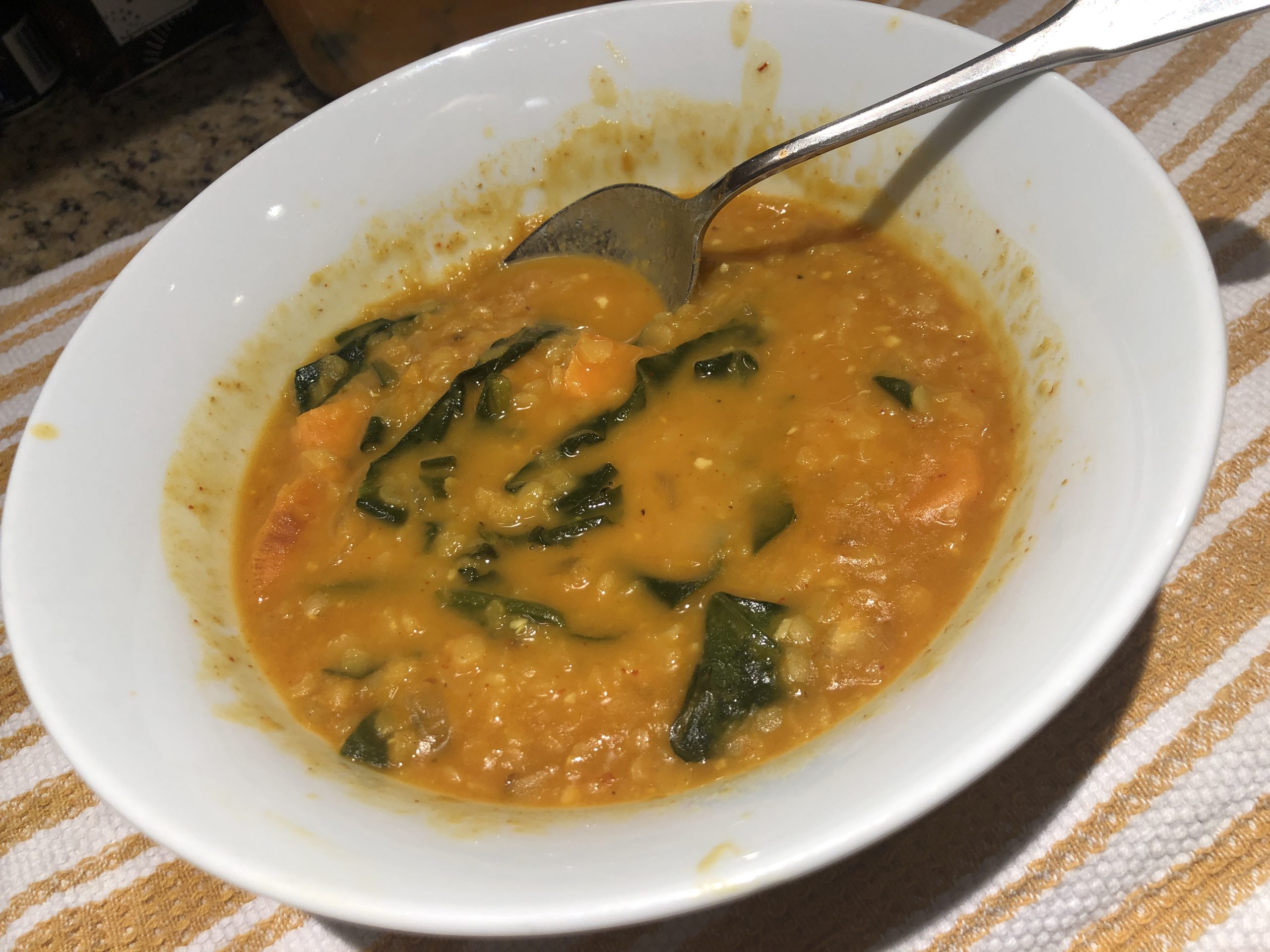 This drool worthy bowl of soup is bright in flavor and has the comfort of a warm hug.

I usually make Red Lentil Soup with Sweet Potatoes and Spinach. But when I’m feeling a bit risque, I go with French Green Lentils with Sausage.

I order the sausage from the Wurst Haus in Hermann—can’t find it in the Lou, though it does sell in Jefferson City. I’m especially fond of their signature Caramelized Pear and Gorgonzola Brats. Because I keep tasting the sausage, there are often fewer chunks in the dish than I intend by the time it’s ready to serve. 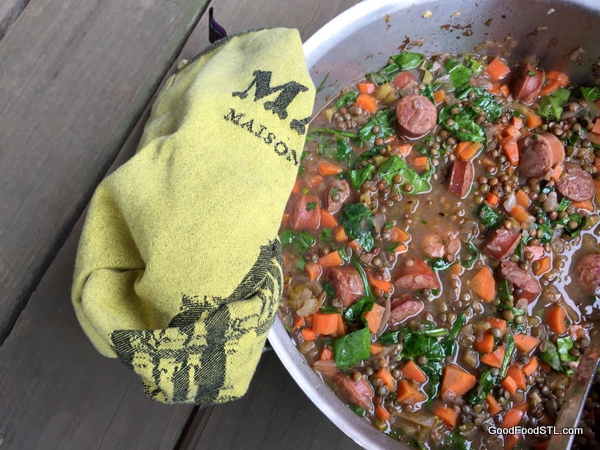 French Lentil Soup with Sausage. When cooked, the brown and green varieties retain their shape well, making them suitable for casseroles and stews.

The sausage version that I make calls for French green lentils, sometimes referred to as puy lentils. They’re darker green than others and more variegated. The texture and flavor are considered by many to be the most outstanding of all lentils.

You can’t find the French variety everywhere, so I stock up when I’m at an International food store. But I’ve found the supermarket variety will do in a pinch.

Add Your Own Heat 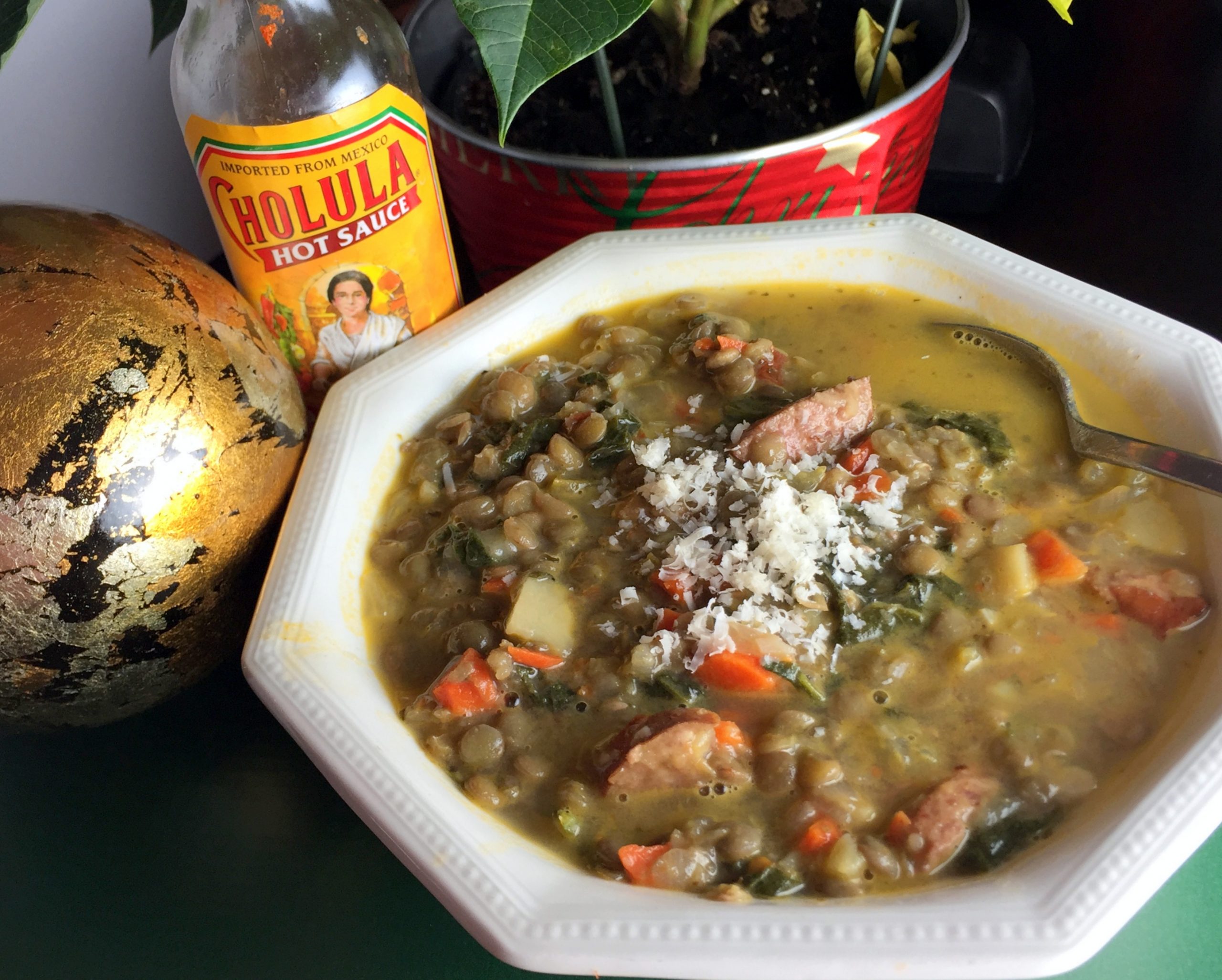 Those acquainted with Indian cuisine might refer to this recipe as Masoor Dal (Spiced Red Lentils). But sometimes such names frighten those who think a dish might be overly spicy or strange.

That’s not the case with this wonderful, vegetarian bowl. You can regulate the heat by the type of chili pepper used and the amount of Thai red curry paste.

With a chunk of rustic bread, a bowl of lentils becomes a meal in itself.