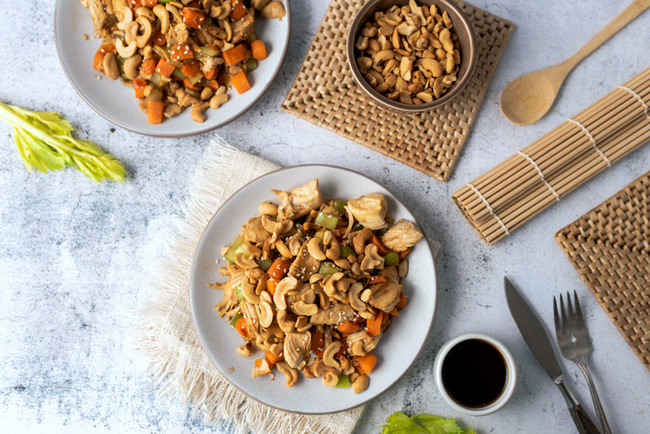 Back in the 60s, whenever our family travelled to Springfield, MO, we always stopped at Leong’s Tea House. Each time, we ordered the same dish: its famed Cashew Chicken. Ahh! the memories.

The flavorful Asian mash up was the brain child of Chinese immigrant David Leong, trying to devise a dish that appealed to Americans. Noting that southwest Missourians liked their chicken fried, Leong came up with a flavorful oyster sauce, that he put atop chunks of Southern fried chicken. 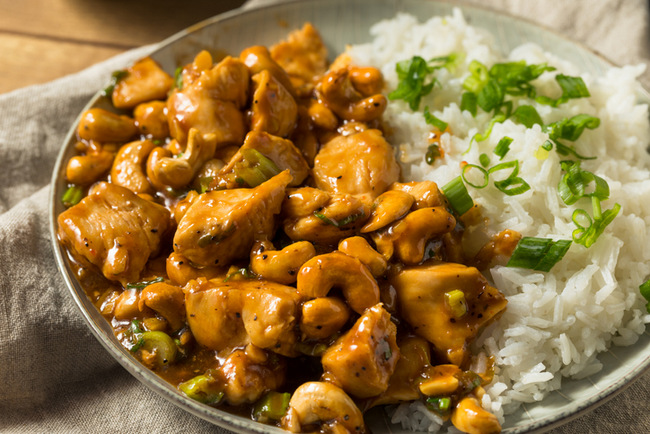 In Search of the Real Thing

I later found a recipe in a food magazine. It was submitted by a Springfield woman, so I figured it was likely to be authentic. Sure enough, the dish was much like the one served in the restaurant.

During the nineties, I took that Cashew Chicken recipe with me to the Governor’s Mansion, when I was First Lady. It became one of our favorite luncheon items. When I wrote the cookbook Christmas at the Mansion: It’s Memories and Menus, I included this wonderful recipe.

For dessert, you might want to consider toping things off with this retro recipe for Cashew Cookies.