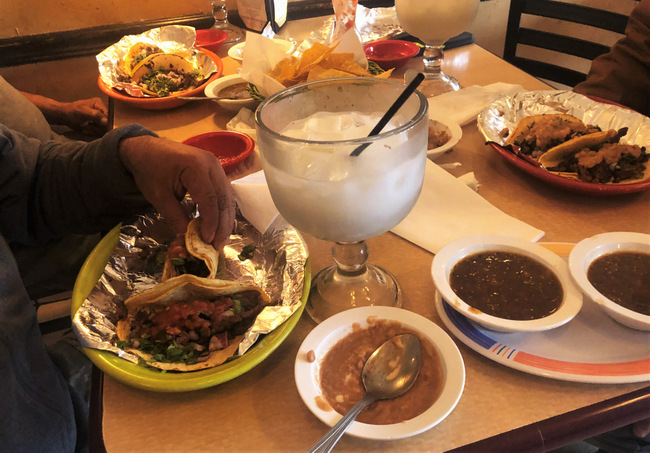 A tall glass of horchata at Mi Ranchito Mexican Restaurant

A friend, whose family hails from Mexico, suggested I try Mi Ranchito. So Cyndy and I went on a hunt for the U City restaurant this week. We nearly missed the place, since it’s tucked away on the corner of a small, strip shopping center on Kingsland.

We were enjoying the enchiladas, tacos, fajitas, and rice, when I noticed our server delivering a white liquid to a table of several Latin men across the way. The glasses were nearly the size of a small fish bowl.

When I inquired of the server, she said the milky-looking drink was a horchata, a rice, sugar, cinnamon concoction served over ice. She asked if we would like to taste a small bit in a plastic container. We quickly agreed. It was really a refreshing drink, one that originated in Spain more than 1,000 years ago. It’s also served in Africa, and Latin America.

As we sipped away, Cyndy remembered that she’d had a rum-chata, an addition that spikes the drink nicely she said. 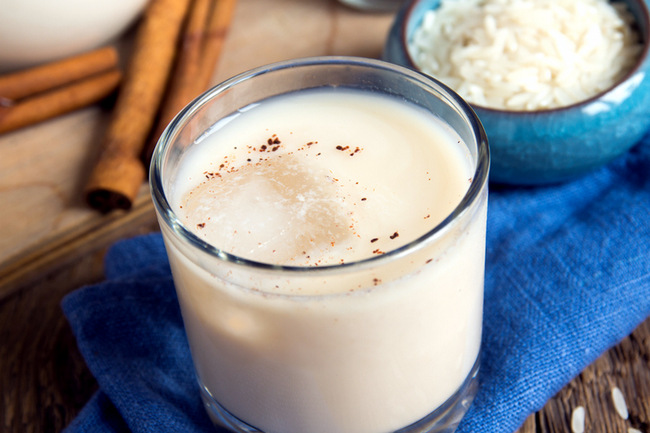 I motioned to our server again: “I wonder if the men drinking the horchatas would let me take a photo.” She inquired and they were willing. I think I embarrassed Cyndy with my bizarre request, but she just acted like she didn’t know me. (At least, I didn’t ask to try a sip of theirs.)

On a Horchata Hunt

Later, I checked out the sweet, cinnamon drink on line. I found it’s typically made by soaking white rice in water, straining it through a mesh sieve to eliminate solids, then sweetening the liquid with sugar and cinnamon. Variations include using whole milk, water-soaked nuts and grains, or making a “dirty” version with a shot of cold coffee.

I don’t know of other Mexican restaurants that serve the drink her in the Lou, but I’m sure there must be some. Alternatively, if you’re in the LA area anytime soon, you can find horchatas at Guisados, a chain of taco restaurant. They serve up 700 a day!

If you want to make one at home, be sure to cover and chill the mixture for a few hours before serving it over ice. To keep the drink from being watered down from the ice cubes, freeze some horchata in an ice cube tray and use instead of regular ice. The drink is a perfect addition to any Mexican dish, especially one that might be a bit spicy.

According to legend, King James I of Aragon described the drink as “pure gold” due to its texture and sweetness. 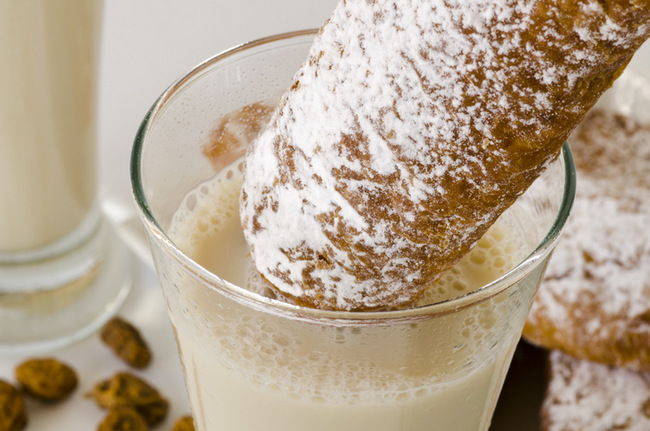 In Spain, horchatas are often served with fartons—I hope the name isn’t too off putting for you. 🙂 Actually, it’s an elongated, spongy, sweet made to be dipped in a horchata. 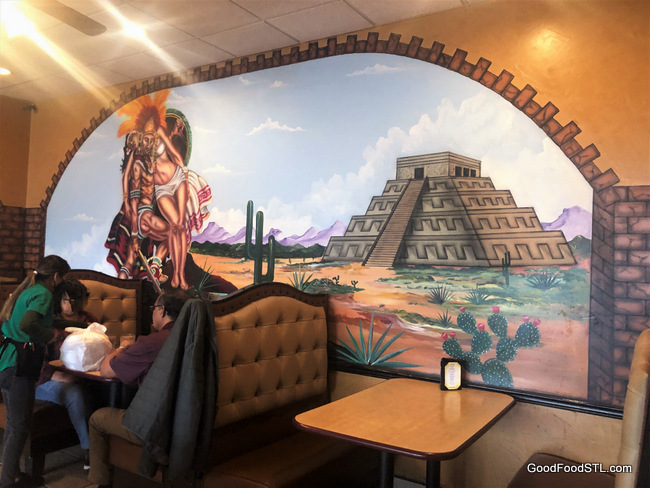 Walls in the spacious interior are covered with fascinating, historic images. 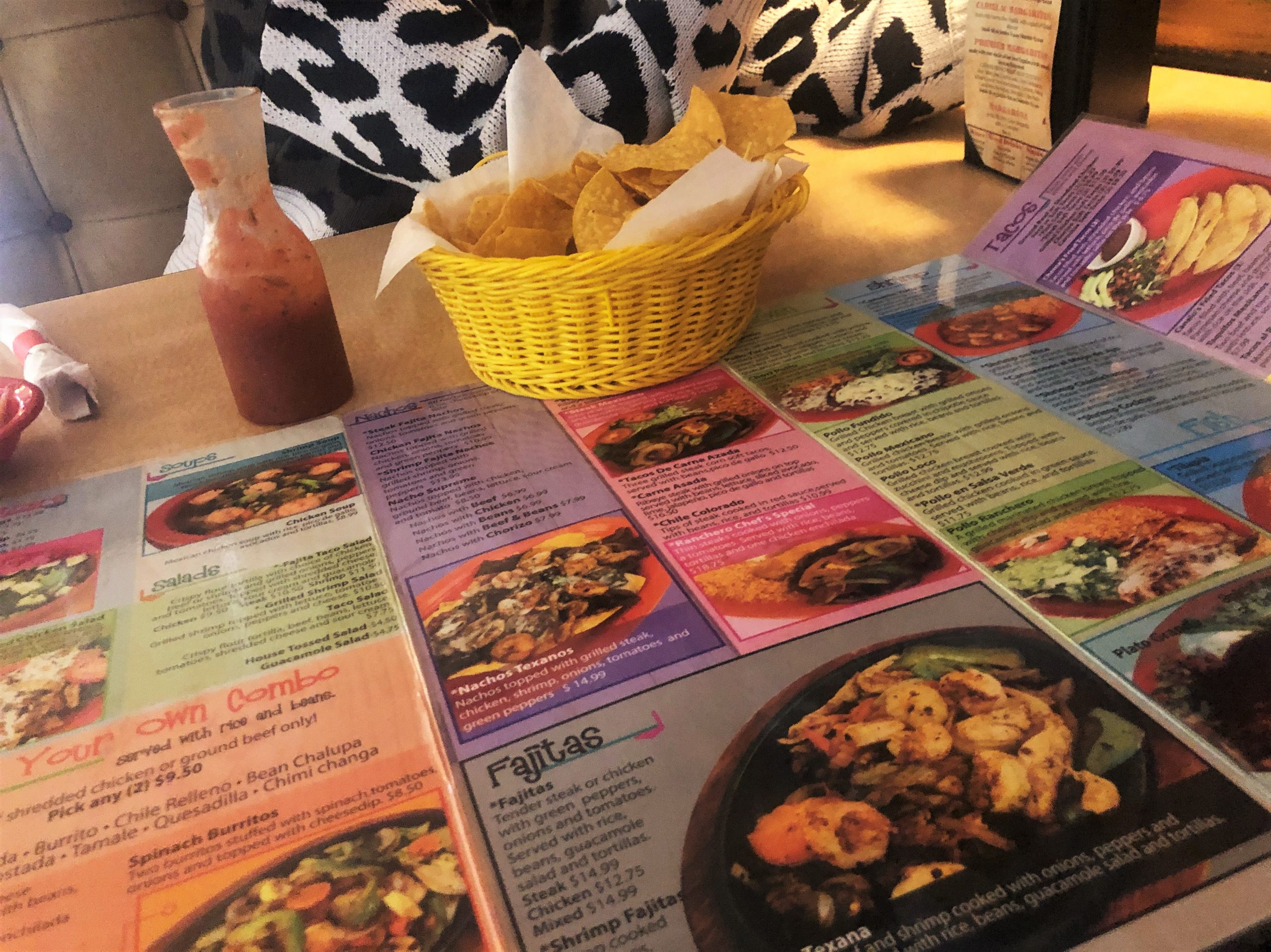 The ample, colorful menu folds out nearly enough to be a tablecloth. Prices are reasonable. 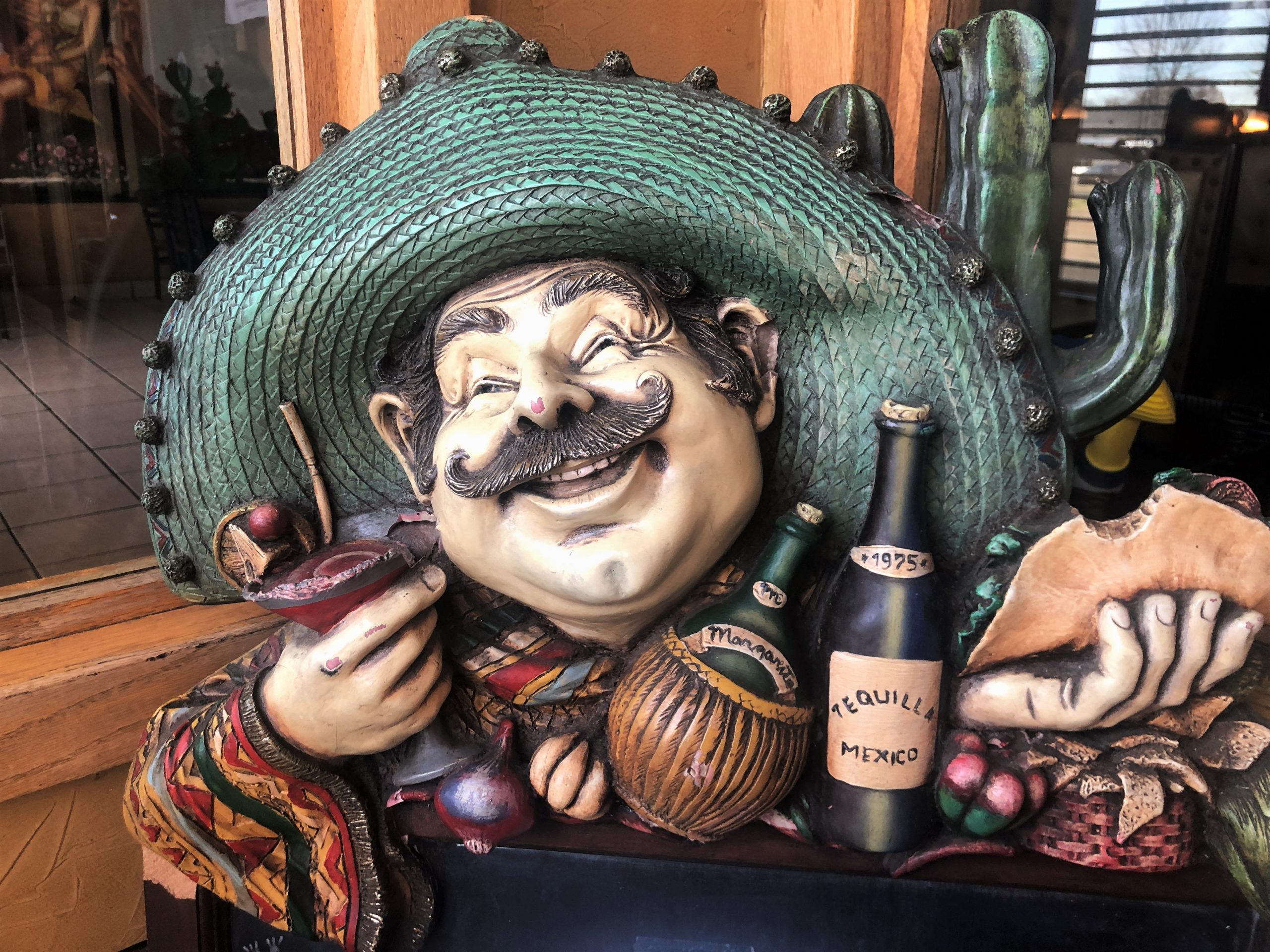 This happy guy greets customers at the entrance of Mi Ranchito. He seems well-supplied with a taco, tequila, and margarita, but, alas, no horchata.

« 6 Tips for a Comforting Meatloaf
The Cast Iron Skillet: Still King of the Kitchen »