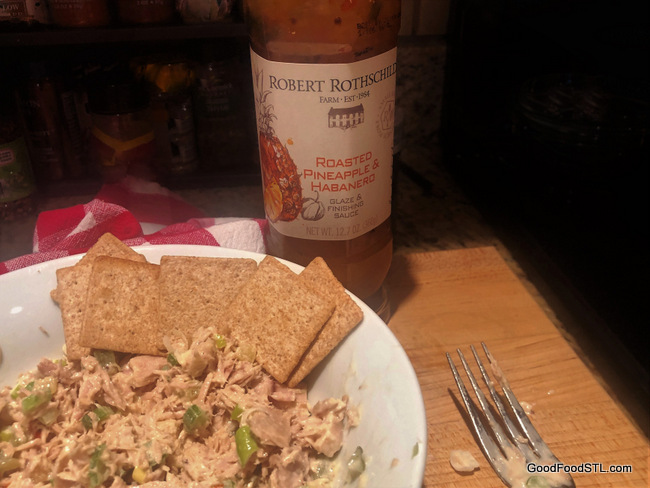 When I did a post recently on tuna salad, I got comments on various versions of the old standby. One was from a guy who said he added a sauce that I was unfamiliar with: Rothchild’s Roasted Pineapple Habanero Glaze and Finishing Sauce. He recommended it highly as a tuna salad booster.

I learned that the sauce has been made with pride and precision by the Rothchild family in Ohio for more than 30 years. So I bought a bottle on line.

I tried it cautiously, at first, wanting to see what difference it made in my tuna without overdoing things. I was amazed! The slight sweetness gave a punch to the salad and only mild heat. I added a bit more until I was quite pleased with the taste.

Not Just for Tuna 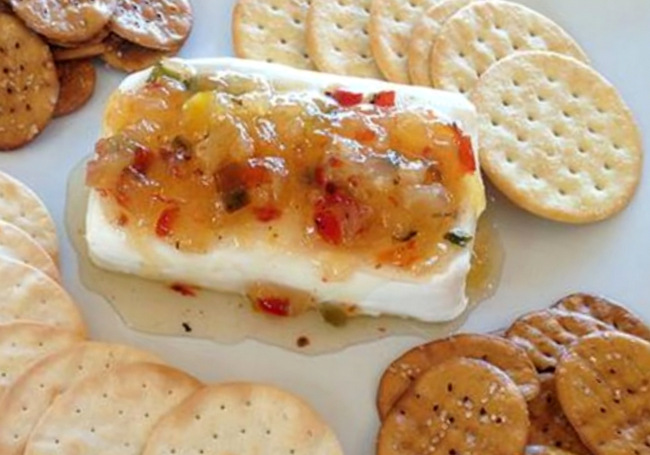 This incredible sauce is not a one-trick pony. Those making comments on the Rothchild website told of putting it over cream cheese and serving with crackers. Others used it as a marinade for pork and poultry or a glaze for halibut and salmon. 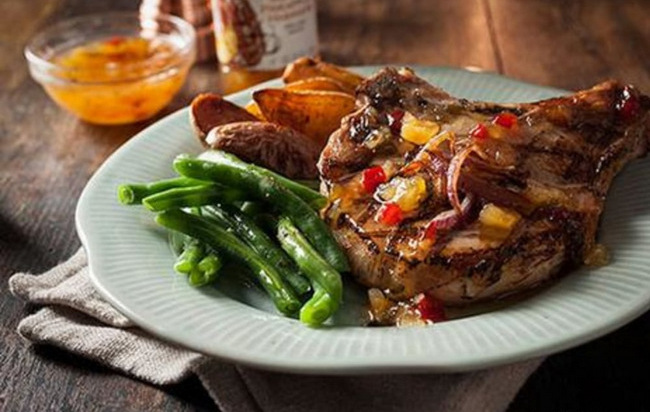 A Bright Star in the Sauce Galaxy

The sauce was also touted for enlivening ham, rice, shrimp, meatball appetizers, as well as a dip for eggrolls and tortilla chips. Many raved about it as an ice cream topping.

Rothchild makes dozens of other upscale condiments, too, which you can find at their website. The site also features dozens of recipes. Put this one on your bingo card.

Warning: Rothchild products are a bit pricy and highly addictive.

« The Banana Bread Bandwagon
Design Your Own Taco Salad »