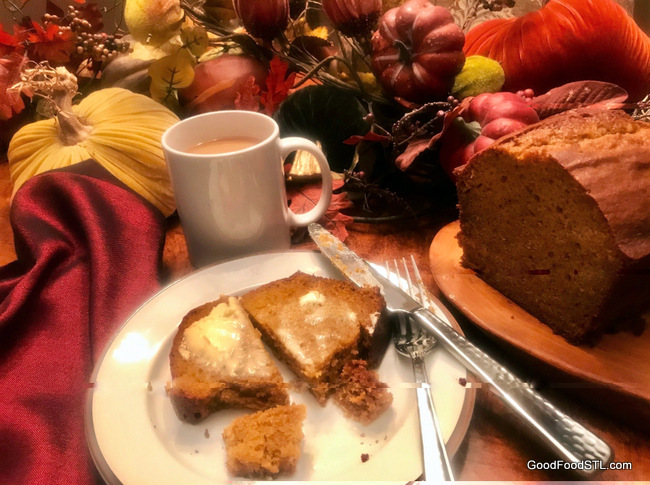 Perfect for any meal or snack.

Years ago, I baked a pumpkin pie from scratch. I even cooked the pumpkin, which I cut into pieces and baked for an hour before pureeing.

Since then, I’ve stuck with Libby’s canned pumpkin. Not because cooking my own was hard. I just didn’t care for the way mine turned out; it was stringy and coarse. Face it, Libby has better kitchen equipment than we do.

Food writers tell us how to use pumpkin in everything from cupcakes to lasagna to ice cream.

I’ve not had angel food cake, pudding, butter, muffins, or cocktails made with pumpkin. But with Libby’s help, I’ve often baked the more traditional pies and pumpkin bread. One of my cooking buddies makes an awesome pumpkin cheesecake; another roasts the seeds. I enjoy. 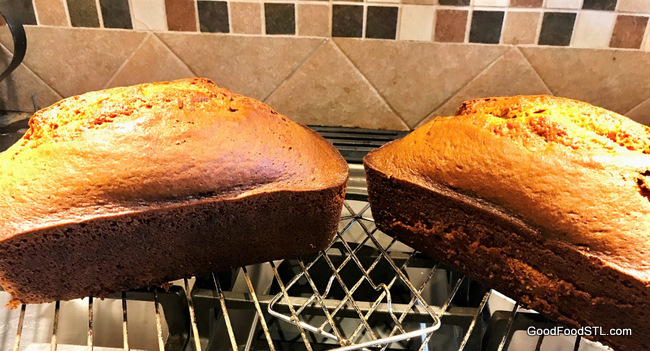 Cyndy sent me a photo of two lovely loaves of pumpkin bread. She had baked them for gifts and they turned out so pretty, she made more to freeze. She said the plump loaves were incredibly moist and spicy and even better the next day. Her recipe came from allrecipes.com.

There is also a Starbuck’s copycat version out there. According to those who test such things, this bread is nearly identical to the slices sold at the coffee shop. Take a look at the Starbuck’s Pumpkin Bread to see how easy it is to assemble. 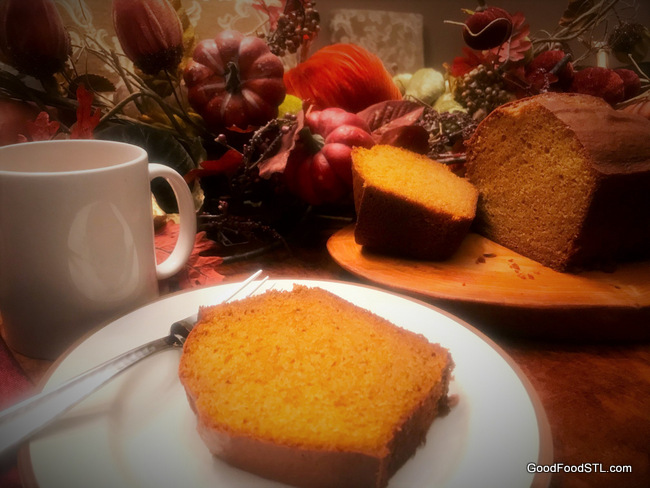 Of Note: In keeping with the suggestions made in the comments at allrecipes.com, Cyndy lessened the oil to 1/2 cup and increased the pumpkin to 1 cup. I’d be tempted to go lighter on the sugar, too, but Cyndy used the amount called for and said it was not overly sweet.

Writing about this scrumptious bread, I’m beginning to drool on my keyboard. Luckily, I bought an extra can of pumpkin this year.