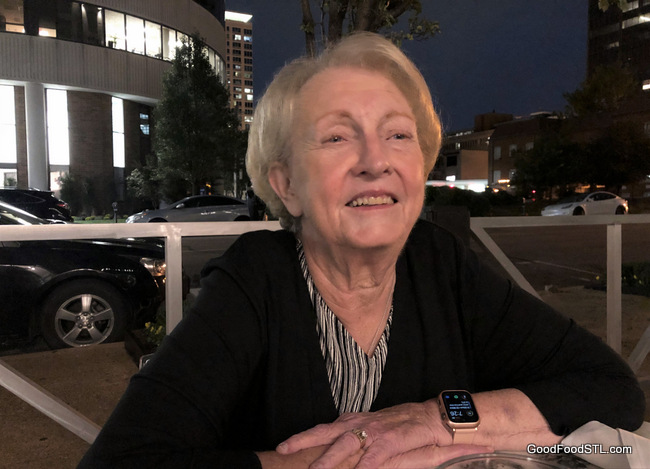 A late evening on the patio of iL Palato

I’m always on the lookout for a good patio. And there are many in Clayton. This week, Robin and I stopped at iL Palato, the Southern Italian/Mediterranean restaurant on Bemiston, where Remy’s used to be.

The restaurant was bought a few years ago by the noted restaurateur Michael del Pietro (Sugo’s in Frontenac; Babbo’s in Chesterfield; and Del Pietro’s in Richmond Heights.)

Since then, the place has had a total facelift. The airy, contemporary décor comes with a chic vibe, that brings a pleasant respite from a wackadoddle world.

A Name to Remember

For the longest time, I didn’t know the name of the restaurant. The funky logo is pretty, but not as readable from a passing vehicle as it could be. (I kept thinking it had something to do with the word “potato”—-see logo at end of post.)

I did some online snooping and found the name is Il Palato and it means “the palate” in Italian.

It was passed the dinner hour, so Robin and I decided just to split several dishes. Our server spoke highly of the heirloom tomato salad, noting sadly, that the dish would soon be off the menu for the season. 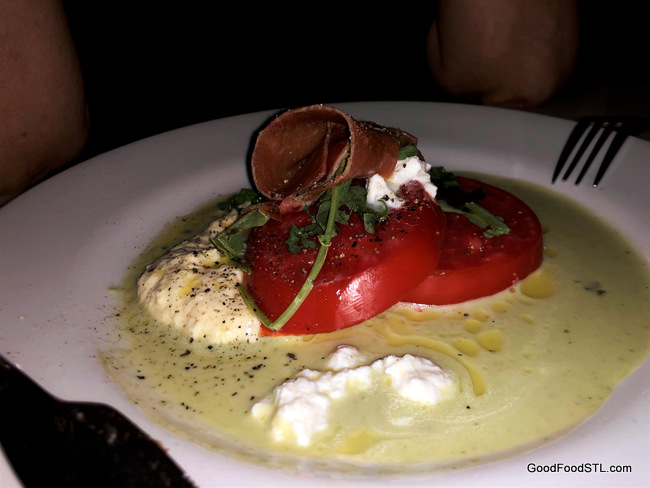 He also recommended the Cacio e Pepe. Since I had just written a post about the ancient Italian dish, we ordered one of those as well.

While the dish jangled with flavor, it was a little fancified for me. I prefer the soothing simplicity of the pasta dish with just three ingredients: spaghetti, pecorino Romano, and fresh pepper. 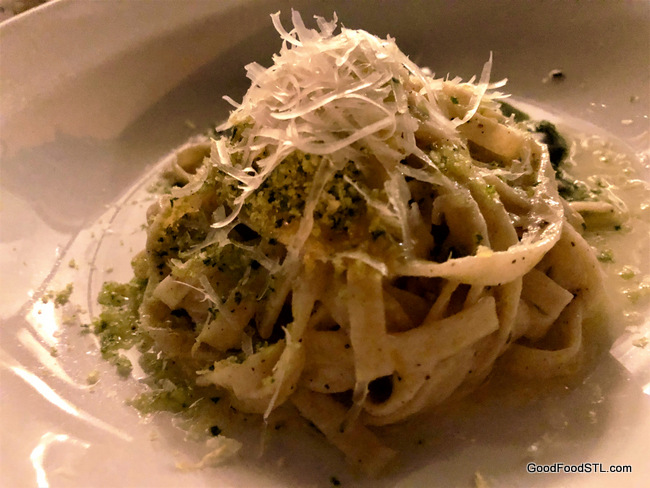 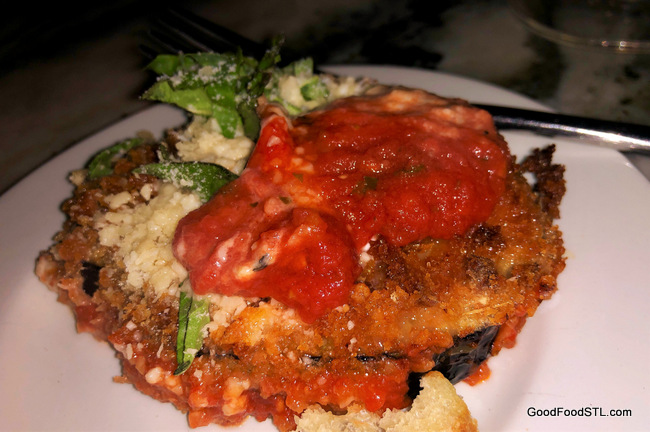 The eggplant appetizer was ample and superb. Forget all the other eggplant dishes you’ve ever met. I would judge it the best I’ve had in St. Louis.

The menu is not extensive, but varied enough to suit a variety of palates—as its name implies. I must return to try the short ribs and the pizza before the weather gets too chilly.

Pray the weather gods will allow a few more weeks of comfortable outdoor dining on this charming patio.