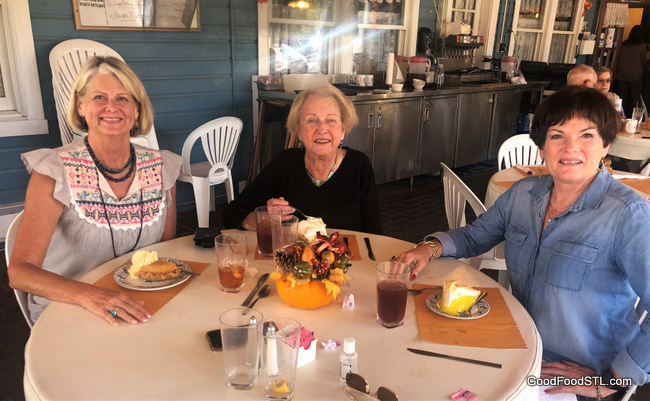 Leaving room for dessert is essential at the Blue Owl.

Recently Lucy, Cyndy and I hit the road for a culinary adventure. Before it got cold, we made a trip (about a 27-mile drive) to the little, river town of Kimmswick.

The town is more of a Norman Rockwell scene than a pristine Walt Disney theme park village. It’s a work in progress and that’s a good thing. The place reflects a bygone era so well, that I wouldn’t be surprised to see Opie walking along a path with a fishing pole over his shoulder. 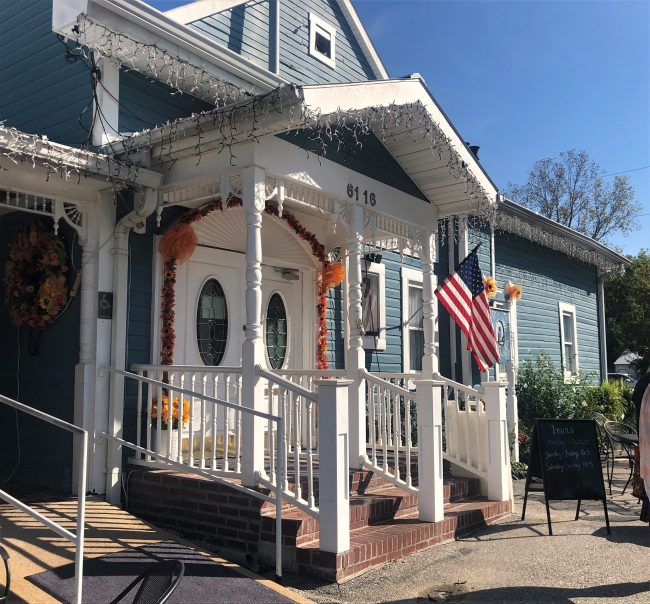 Welcome to the Blue Owl 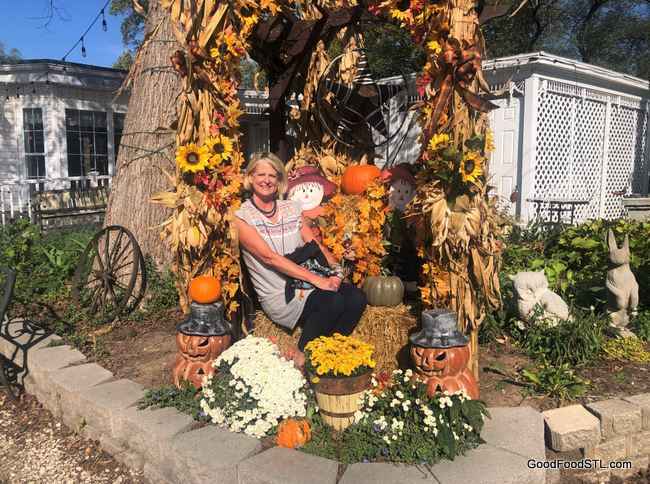 Lucy in the pumpkin patch. 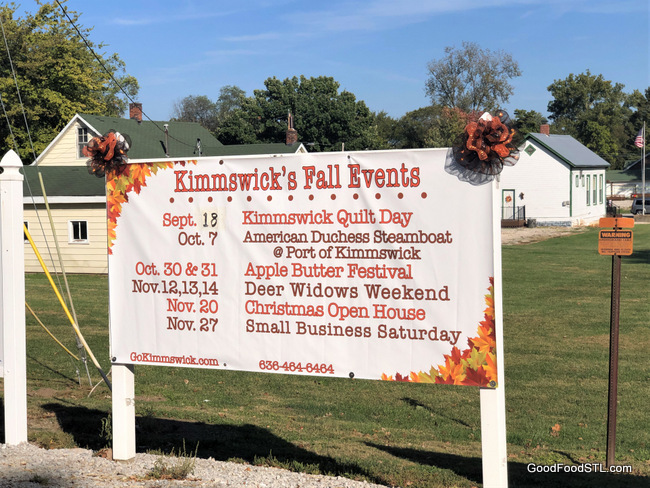 Old and restored buildings dot the idyllic, laid-back town just outside of Imperial. To put the place in perspective, it measures a quarter mile square, has some 56 households, and a population of about 160. 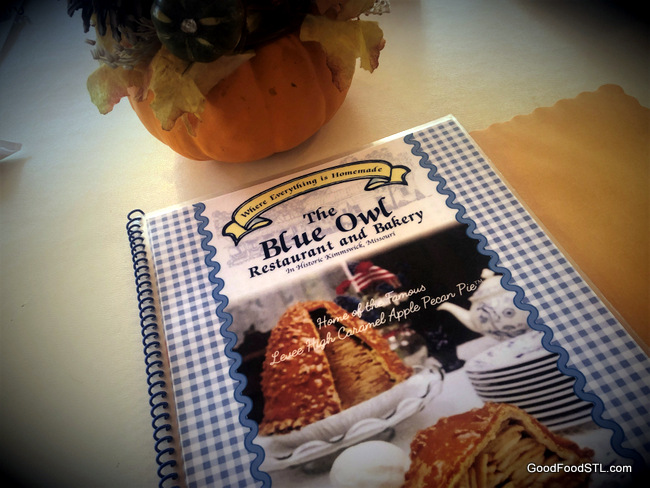 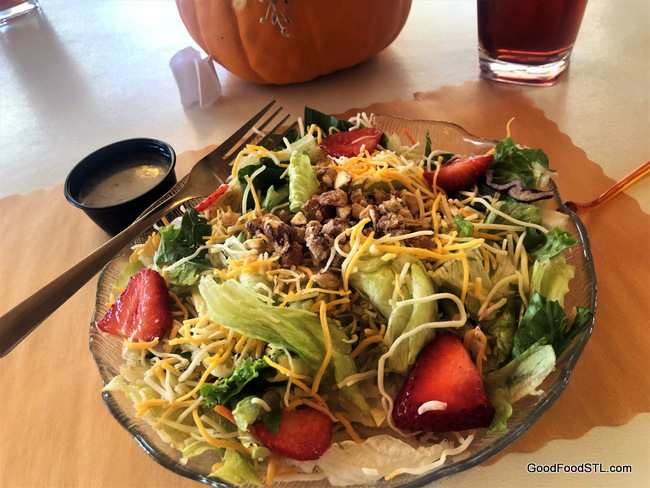 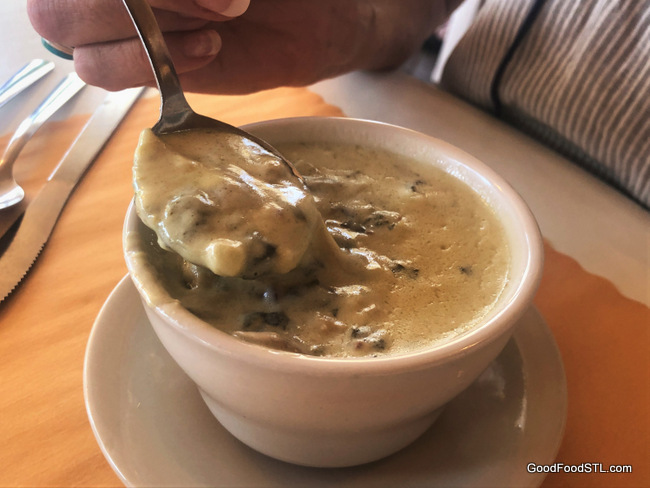 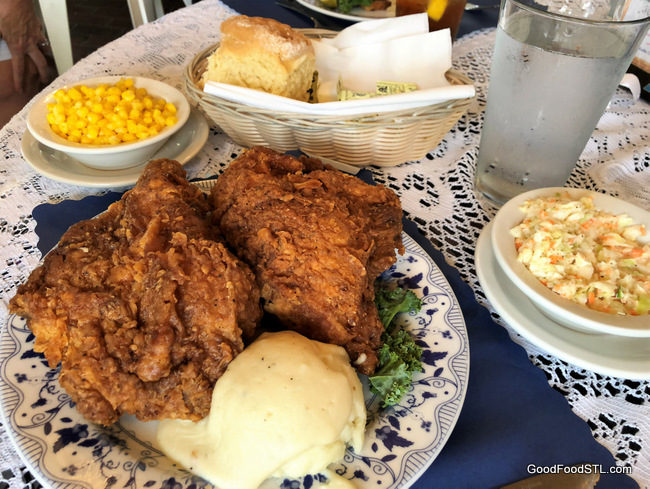 The two menu specials on Tuesday are fried chicken and the meat loaf plate. 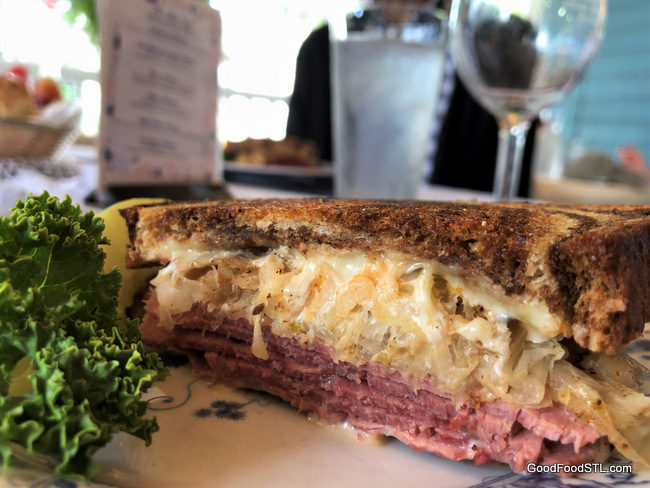 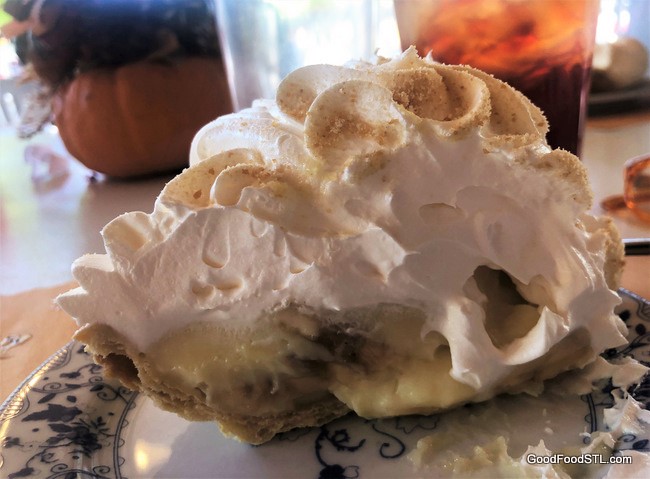 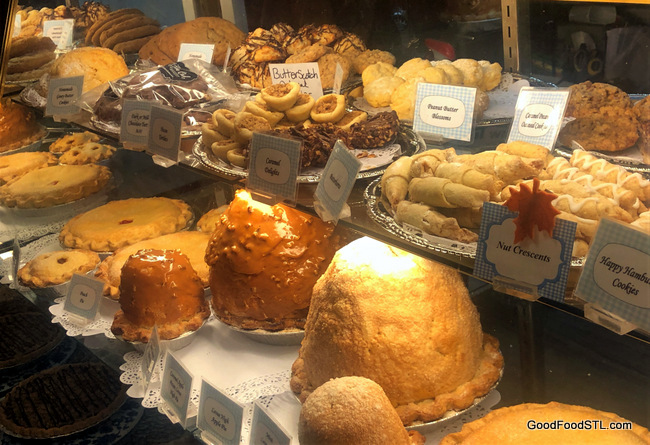 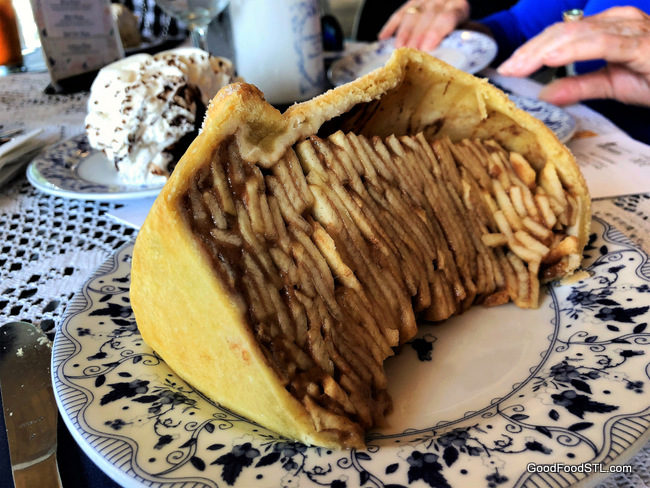 Blue Owl has been featured on Oprah, Paula Deen, the Food Network, and the Travel Channel for its much-touted Levee High Caramel Apple Pecan Pie. 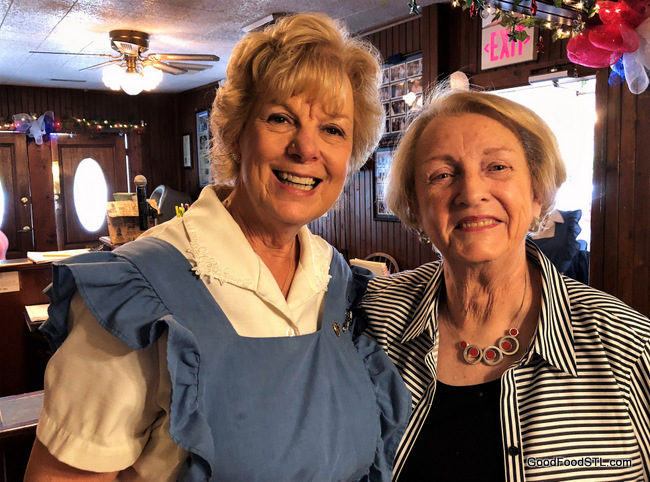 Owner Mary Hostetter was not at the restaurant on the day I was, but we got to visit during a previous lunch. Mary started baking out of her house in 1984 to support her family. The next year she had orders for 30,000 Christmas cookie—a task she completed by working 20-some hours a day for 3 weeks, using only her home oven. 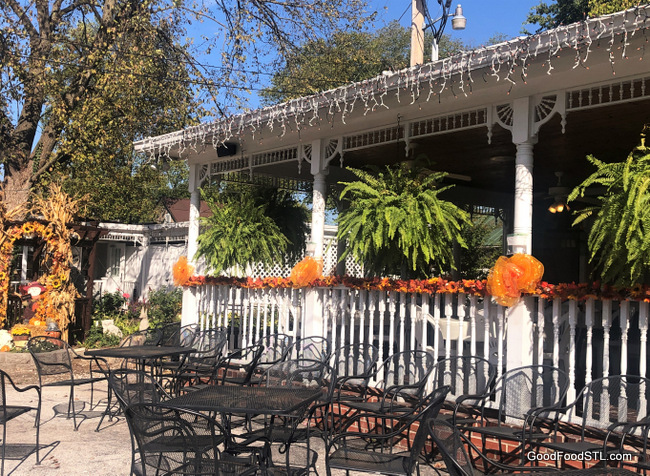 The Blue Owl porch and patio (the calm after the lunch hour rush).

In 1969, St. Louis heiress Lucianna Gladney Ross moved to restore the town and it has since become a thriving slice of yesteryear for its many visitors. 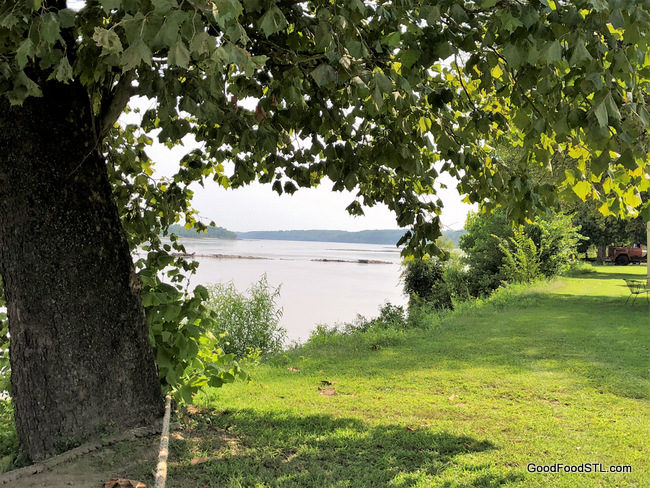 Kimmswick on the Mississippi River is a peaceful getaway for urbanites looking for a break from heavy traffic and bustling streets.