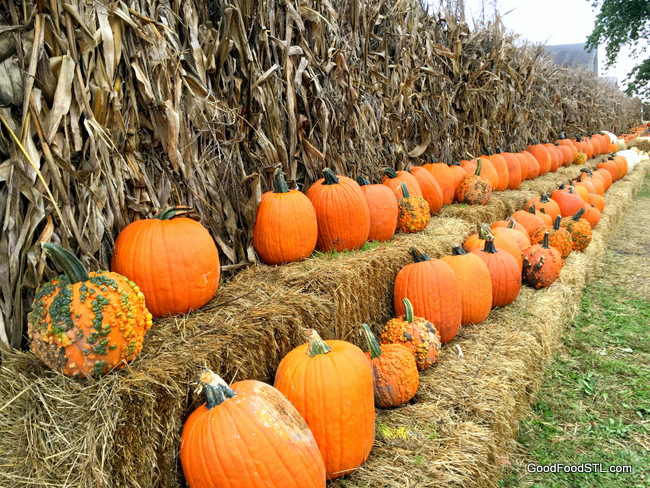 I used to buy donuts from a little shop on F Street N.W. I don’t recall the name of the place, but I remember the words of Henry David Thoreau painted on the window:

“I’d rather sit on a pumpkin and have it all to myself than be crowded on a velvet cushion.” 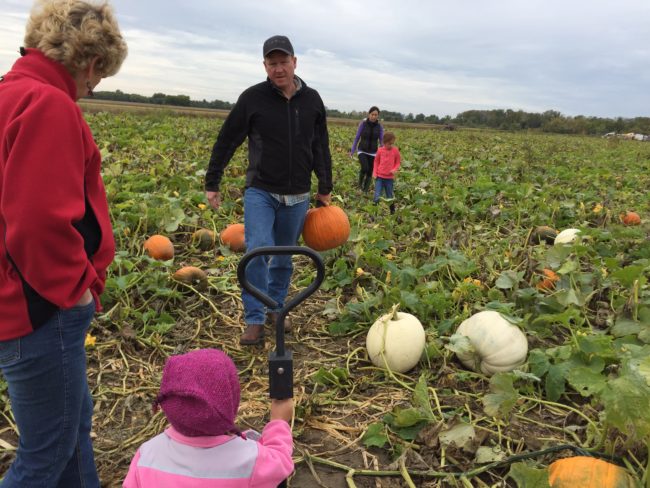 Tom fetches a well-shaped pumpkin from the field a few years ago.

Lots of Pumpkins to Sit On

Have you noticed that St. Louis has turned into a pumpkin patch in recent days? Grocery stores, fields, wayside stands, orchards and garden shops are hawking the classic Halloween decoration in different shapes and colors. 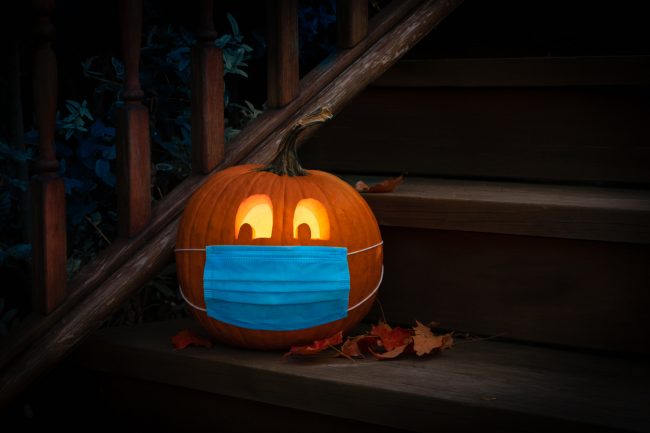 This month all the food magazines had a orange glow and decorating ideas to match. We used to feel clever when we carved a triangle nose and jagged teeth onto a pumpkin and lit the inside with a candle.

Now Halloween decorations have become an amusing art form. Like people, pumpkin faces can be sad, or glad, or just plain goofy.

But it was the Fluffy Pumpkin Pancakes that caught my eye more than the funky jack o’ lantern carvings. After scouring the Internet, I landed on this New York Times recipe that got rave reviews. 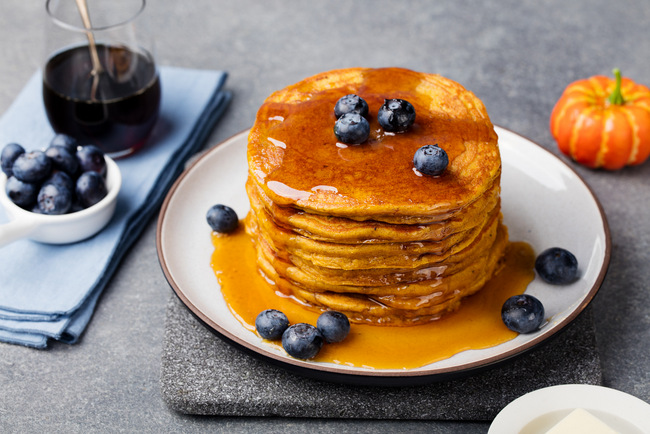 One Thanksgiving I made my pumpkin pie mixture from scratch. I cut, cooked, and mashed a Halloween pumpkin until it looked like Libby’s canned version—-well, not exactly.

The color wasn’t the same, nor the consistency (of course, that was before we had stick blenders.) I hate to admit it, but my pumpkin mash didn’t match up to Libby’s and I never cooked my own again.

Recently, I read that some canned pumpkin puree is not really pumpkin! It’s squash, made from one or more types of winter squash, like Butternut, Hubbard, Boston Marrow, and Golden Delicious. The idea is to create a product that is less stringy, sweeter, and more colorful than pumpkin. 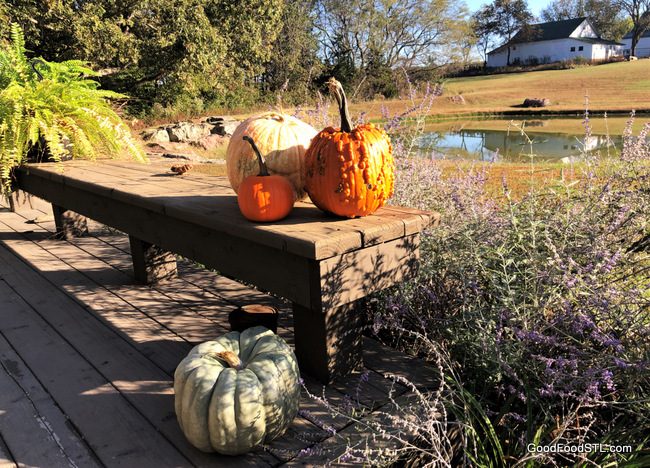 The USDA allows an ingredient label to read 100 percent pumpkin, since both pumpkin and squash fall under the same genus.

Libby’s, however, offers pure pumpkin, but it’s made from a creamy-textured pumpkin that they developed themselves. Their tan-skinned Dickinson variety more closely resembles a butternut squash than the orange jack o’ lantern on your front porch.