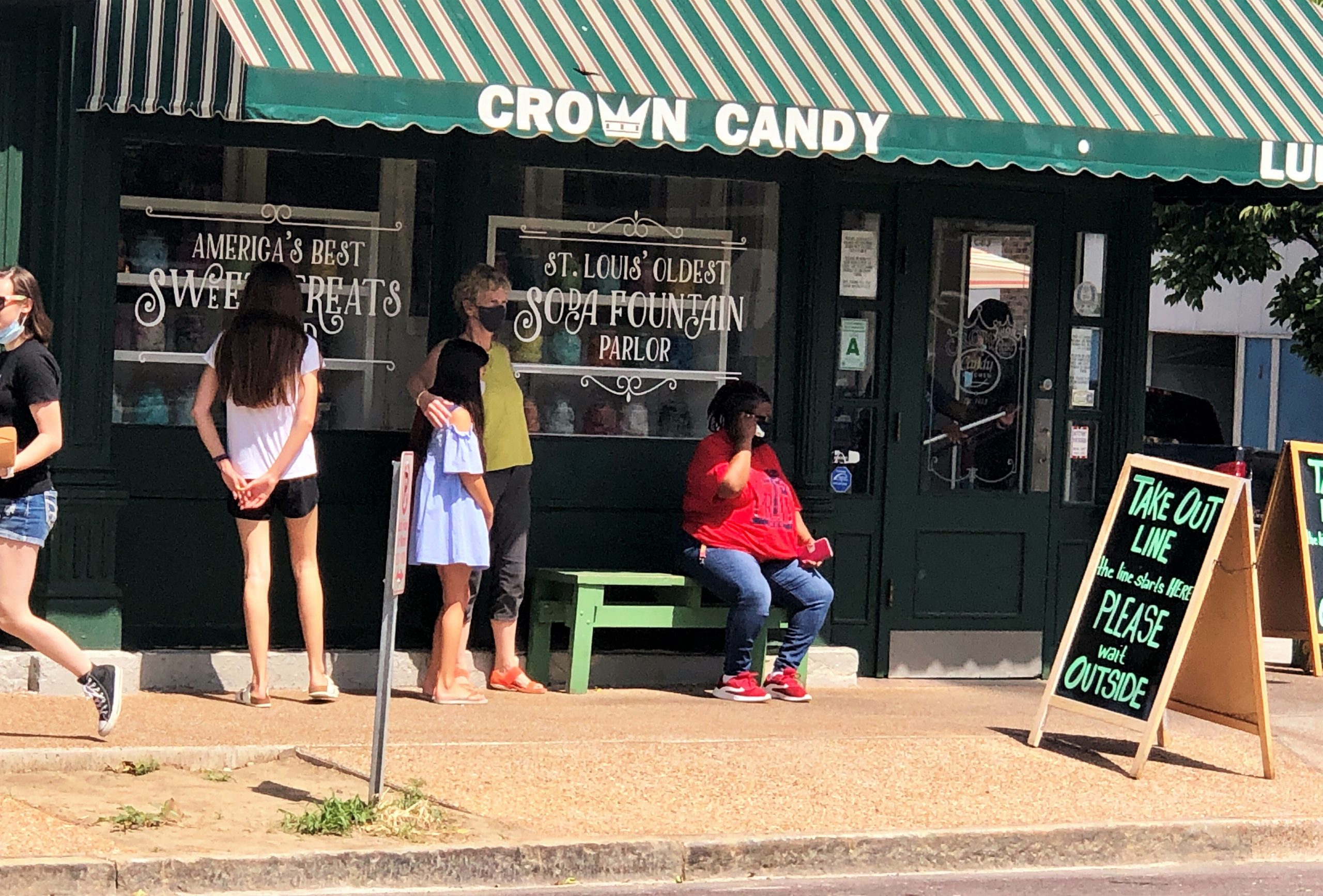 Robin, Coco, and Harper await a curbside pick up at Crown Candy.

The corner of N. 14th and St. Louis Avenue is a happening place. For history buffs and those with a sweet tooth, you know that’s where Crown Candy is located. 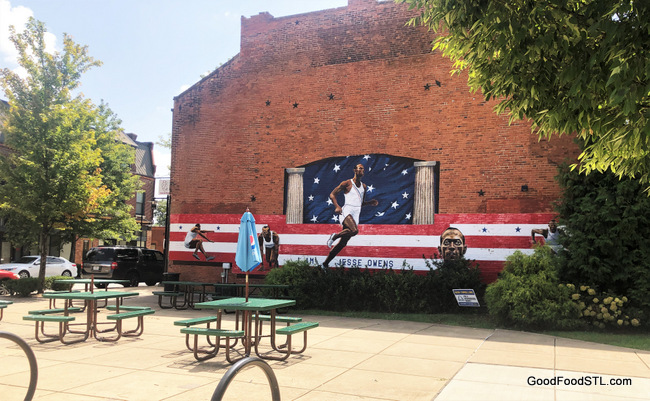 This picnic area across from Crown Candy is perfect for pandemic carry-out. I call it a “street park.” 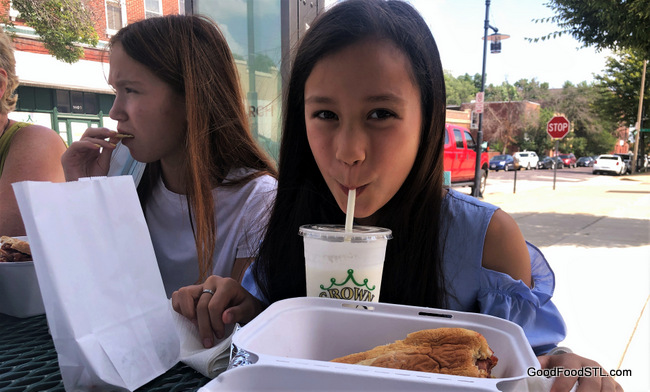 On Saturday my granddaughters, Robin, JC and I tossed back sandwiches and shakes from a picnic table in the street park. 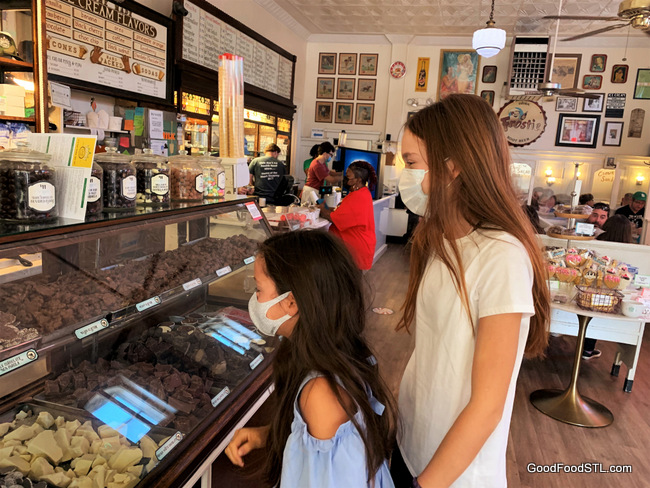 A guy known as Jamaican Ray has hung out on the busy corner for years. He’s as much of a local legend as Crown Candy. As we ate, we could hear Ray pounding on a metal drum, shaping an instrument he plays and encourages others to try.

When Harper and Coco showed interest in the steel drum sculpture, Ray left his pounding, came over, and gave the girls a tutorial until they were able to play Old MacDonald Had a Farm in unison. This took a while, but the cheery, upbeat drummer was patient.

Below: Harper and Coco perform a duet as Jamaican Ray (blue shirt) looks on approvingly.

Ray was born in St. Louis, but grew up in Jamaica, which gives him a delightful accent. His sentences often end with “mon,” as in “You played that pretty good, mon.”

But he also learned to make steel drums from barrels and to play reggae music. Ray pounds the steel drums into bowl-like shapes, using a wooden mallet to make indentations, that create musical notes when banged with rubber-tipped sticks.

Ray also decorates the candy corner with whimsical mannequins. Some of his life-size figures are shaped from PVC pipe and stuffed with upholstery padding. The skin is formed from panty hose. How he weaves so much personality into his figures is amazing. 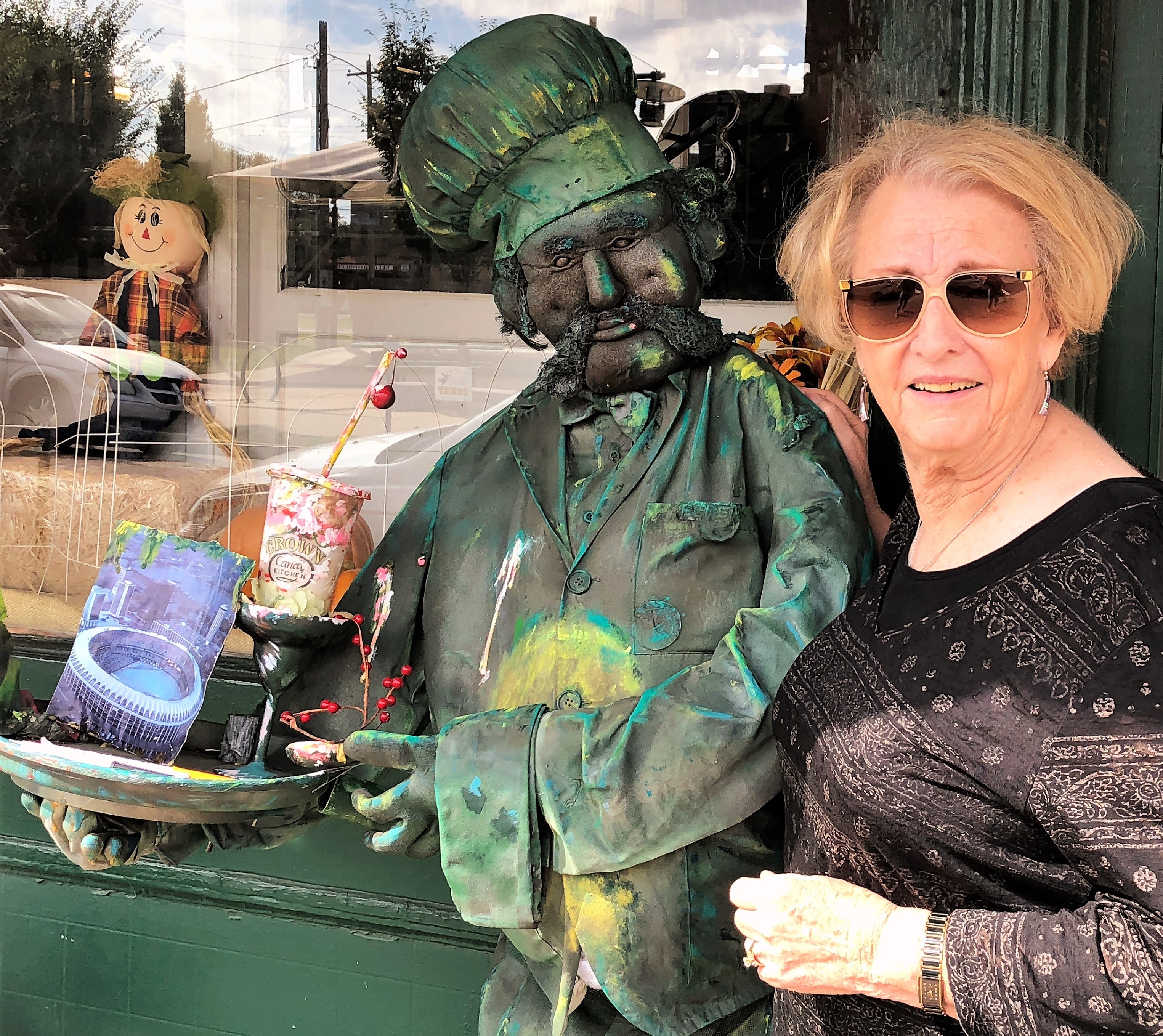 Several years ago, I posed with this dimple-cheeked lothario outside Crown Candy. I didn’t see him this time.

Crown Candy finds Ray to be great entertainment for waiting customers and provides him a shed in which to keep his supplies and bike. The Jamaican performer is obviously someone who enjoys his chosen work and loves sharing with others wanting to know more about Caribbean music.

Don’t leave yet. There’s another segment of this corner you don’t want to miss—Old North Provisions. 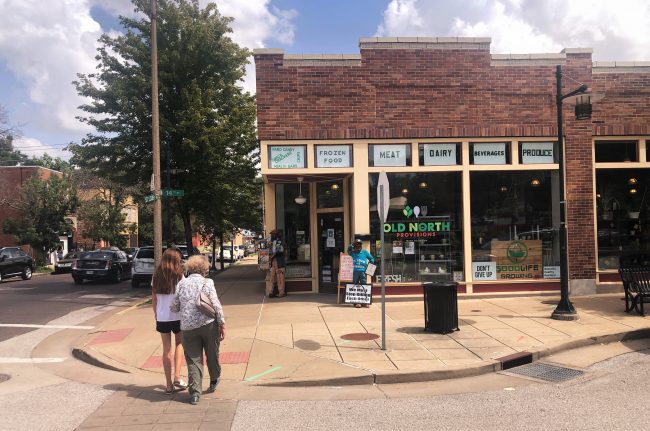 The place is filled with plants and ready-to-eat food prepared by local chefs as well as grocery items from local vendors and growers.

The store opened several years ago after the owners won the Fantasy Food Fare Competition, earning them $100,000 and two-year rent-free space for their neighborhood venture. 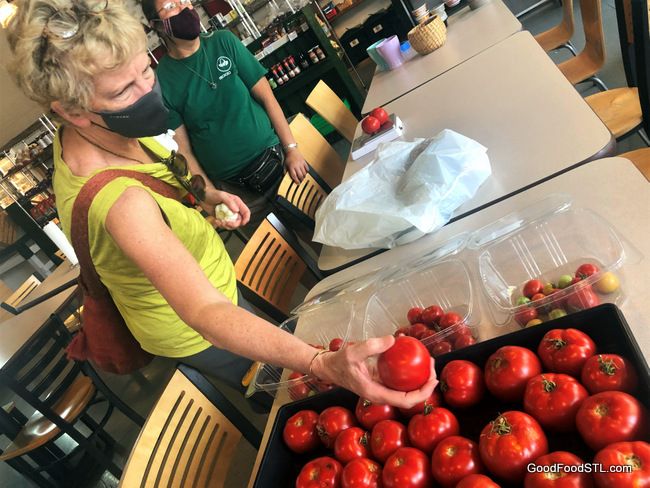 We admired the many plants and bought some tomatoes and garlic.

If you want an afternoon of unique fun with the family, Crown Candy corner is worth a stop. It was over 90 degrees the day we were there, so you might want to check the forecast before going.

« Mac’s Local Eats, a City Favorite
Having a Blast at Broadway Oyster Bar »