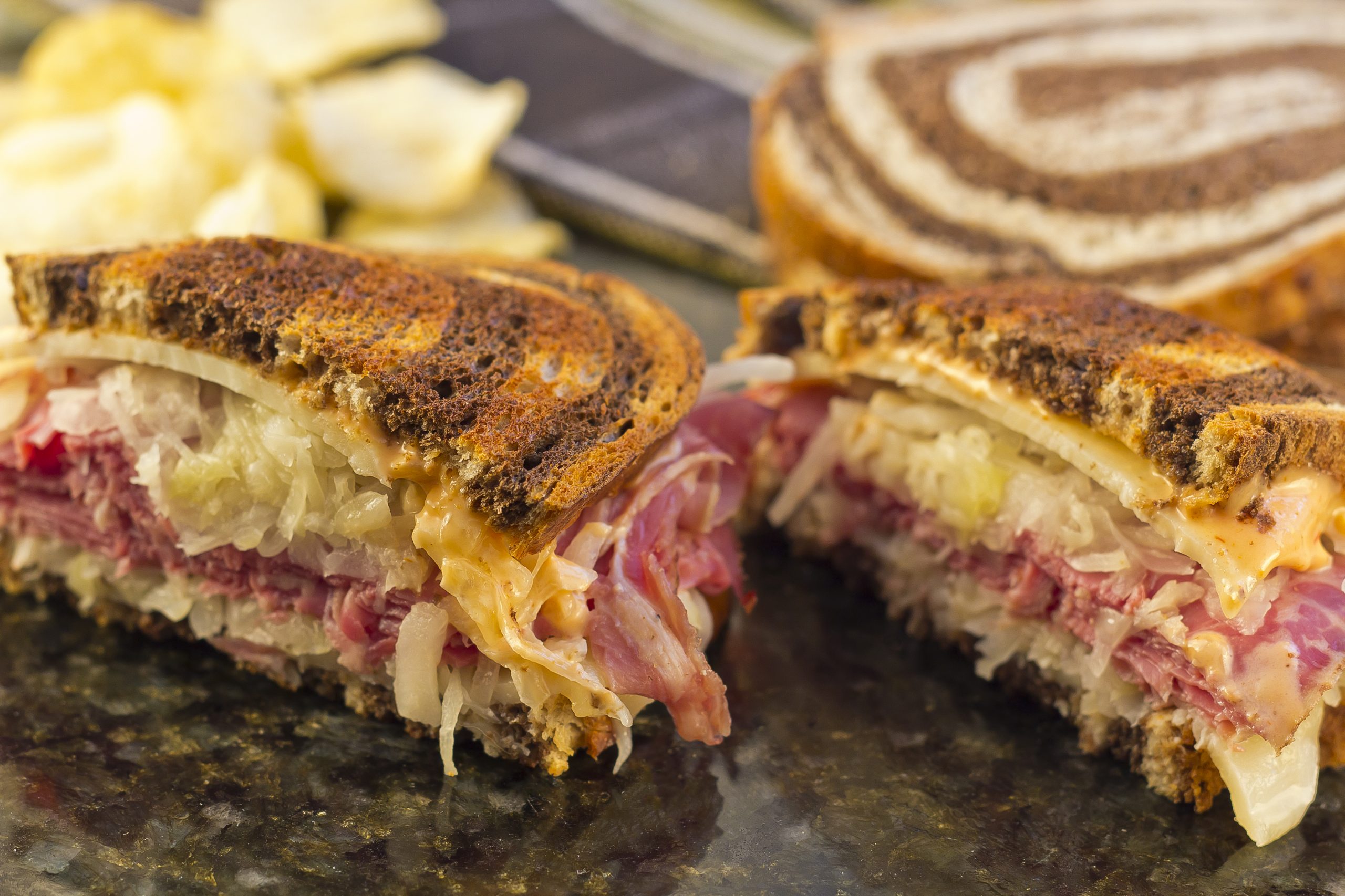 A New York-style Reuben, the standard by which other such sandwiches should be judged.

I’ve been food blogging for nearly seven years now. During that time I’ve had many a Reuben sandwich around town. Some of which I’ve pictured below.

They all have sauerkraut, but the similarity ends there. Cheeses and sauces vary. There’s sliced corned beef, pastrami or turkey to select from, even a veggie version.

But it’s the bread that determines my choice. Like Jerry Seinfeld, I want marble rye—though, unlike Jerry, I wouldn’t mug an old lady to get one.

My designer Reuben would come on grilled, marble rye with equal parts kraut and corned beef along with a kosher dill pickle and a hefty glob of German potato salad. Maybe a bowl of Matzo ball soup. A nice foam-topped beer wouldn’t hurt.

I’ve not yet had the Reuben sandwich at Mom’s Deli on Jamieson (though I’ve had their other tasty sandwiches), or Union Loafers on Tower Grove, or Seamus McDaniel’s on Tamm. Happily, I have no problem continuing the search. 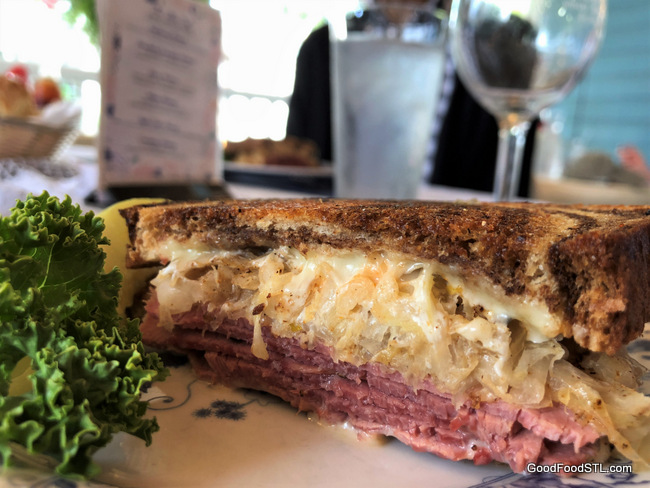 Reuben Sandwich at Blue Owl in Kimmswick. It’s a “fer piece” to travel, but the sandwich is excellent. And on grilled marble rye! 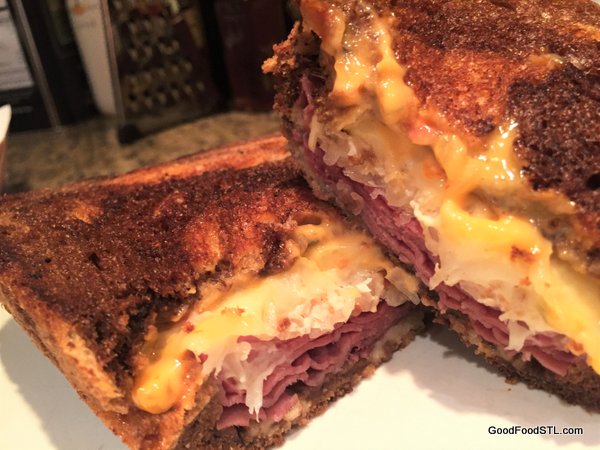 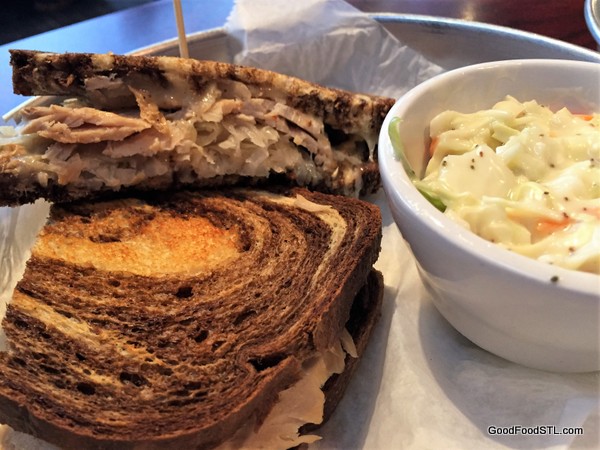 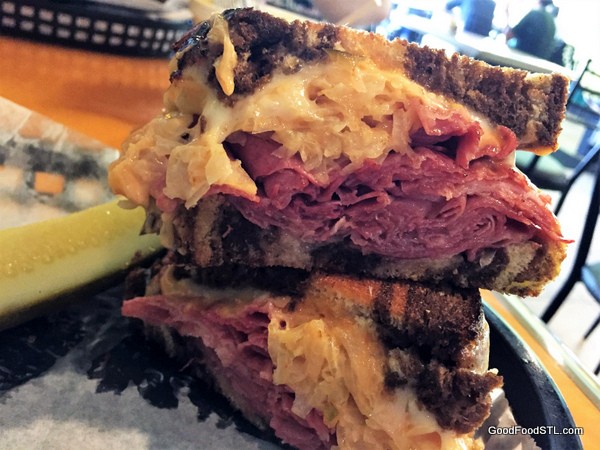 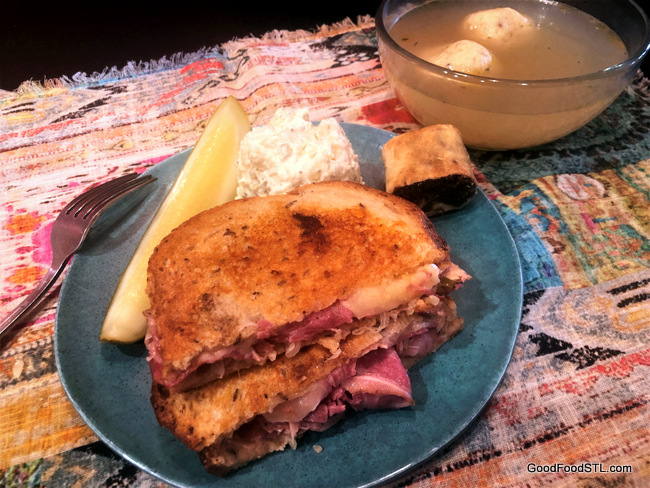 Pastrami Reuben at Protzel’s Deli on Forsythe. A carryout order. 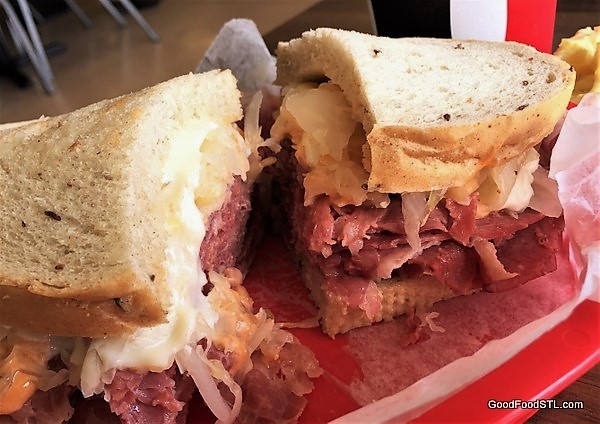 The Reuben at Carl’s Deli on Clayton Road comes with enough meat for two sandwiches. 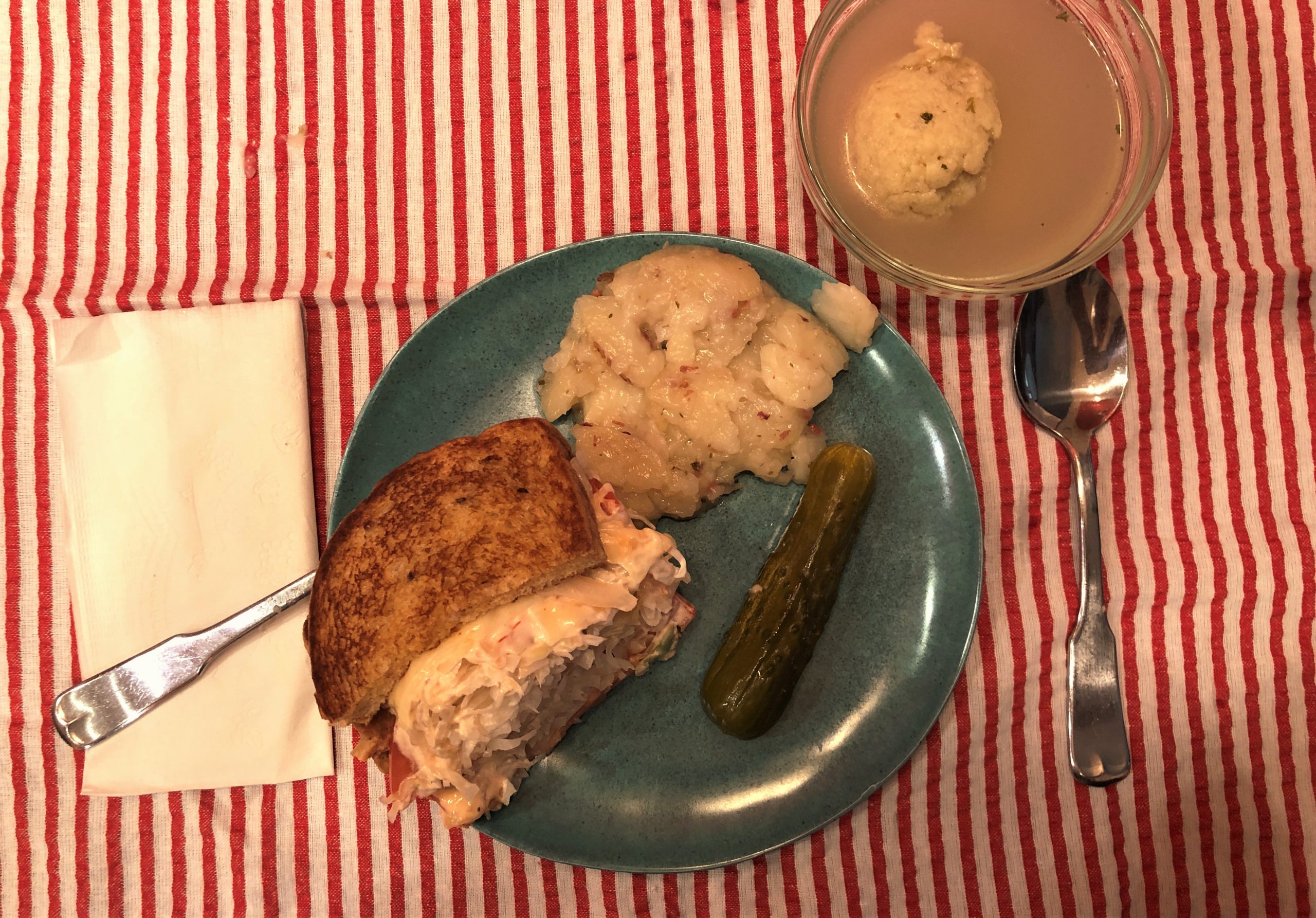 A carryout order from Posh Nosh in Clayton:  A Vegetable Reuben with German Potato Salad, and Matzo Ball Soup. The soup is one of the best! The matzo ball is light and fluffy enough to fly out of the bowl. 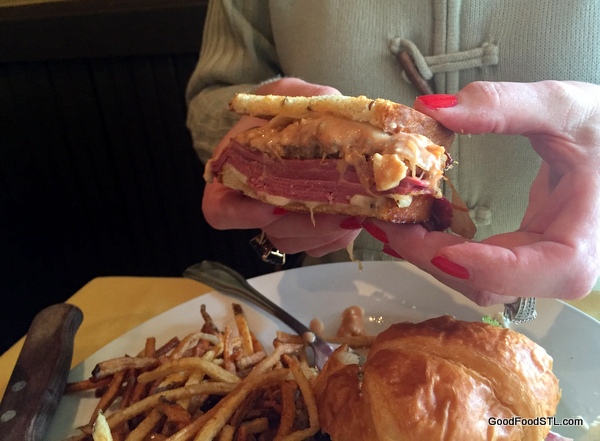 Make Your Own Reuben

Who Created This Masterpiece?

Some claim the Reuben was invented in Omaha at a 1920s card game at the Blackstone Hotel. The hefty sandwich (corned beef, Swiss cheese, sauerkraut, and Russian dressing on rye) started appearing on the hotel menu in the early 30s.

Even so, New Yorkers give credit to the German-Jewish owner of Reuben’s Deli. We may never know the truth. But that doesn’t stop us from enjoying the iconic sammy.