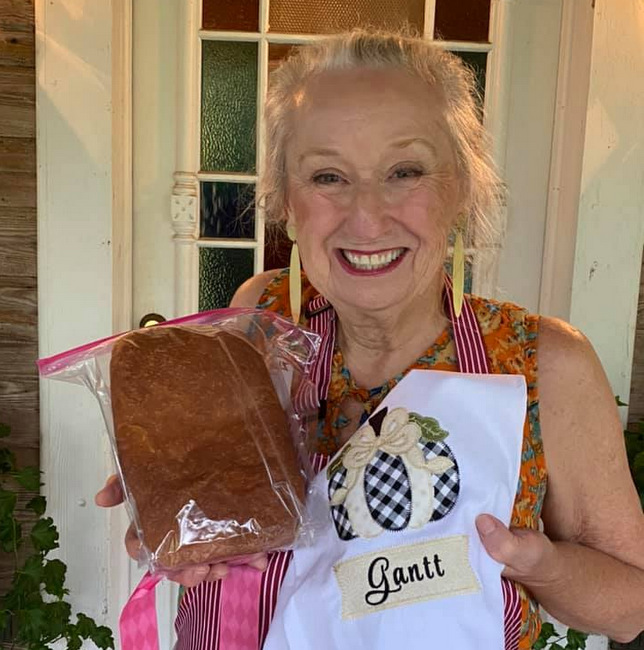 Brenda’s infectious smile and Southern drawl add to her kitchen charm.  (From Facebook)

I’m hooked on Brenda Gantt’s kitchen videos. She’s not a chef or a fancy cook. But if you want to know how to make biscuits and sausage, collard greens, meatloaf, fried okra, chicken and dumplings, cornbread, or fried chicken, this Alabama grandmother has a video for you. What’s more, her Southern-style dishes come with a running narrative of whatever crosses her mind.

It all started during COVID. Brenda began filming her kitchen escapades to teach the young women of her church how to make buttermilk biscuits. She filmed her sessions by holding her phone in one hand and cooking with the other.

The homey videos skyrocketed on Facebook and today she has more than 8 million viewers. Her son-in-law has now installed a hands-free phone holder, so she can move about the kitchen more freely. 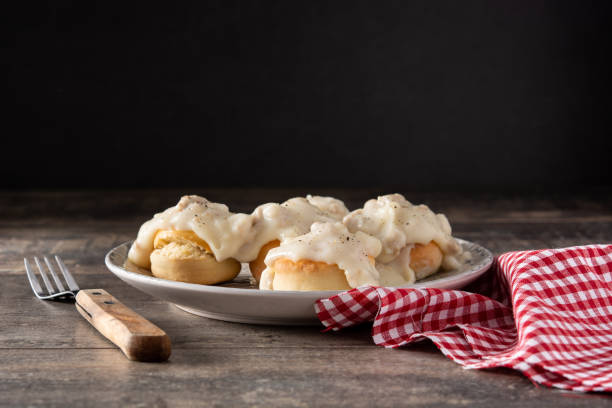 Biscuits and gravy, a Southern favorite

What’s so funny is that Brenda doesn’t even try to make a professional looking video. You never know what she’ll wear or even if it will match. Her long white hair might be in a bun, woven with a scarf, in a ponytail, or hanging to her shoulders.

She’s 75, but quite active in her garden, kitchen, church, and line-dancing class. She lives in Andalusia, Alabama, (pop. 9,000), where she once had an antique store and now owns the Coddle House B&B, that’s booked through Fall 2021.

A Tale in the Telling

The first thing I noticed about Brenda was that she’s a good story teller. While stirring a pot or chopping a chicken, she may ramble on about the habits or food favorites of her departed husband, George, or the saga of a friend’s recent operation. Or you might hear what’s happening at Bethany Baptist Church.

The former grade school teacher, does all this in the scope of a kitchen that’s poorly laid out and with a stove that caught on fire briefly during one of the episodes. Non-plussed by the incident, Brenda walked off camera briefly to fetch some baking soda to throw on the burner.

It’s annoying to some viewers that she seldom measures anything, except when baking cookies or cakes. She suggests that an ingredient be a rounded spoon full, or about the size of a small egg, or just a smidge.

I do worry about Brenda cooking, talking and chopping at the same time. No matter what she peels, slices or dices, she uses an old knife nearly the length of a saber. Her biscuit cutter, to this day, is one her husband fashioned for his bride more than 50 years ago from a Chef Boyardee can. 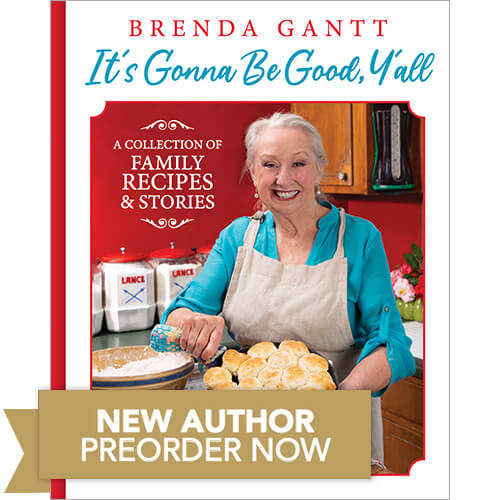 Fans shower Brenda with aprons, tee shirts, recipes, and kitchen gadgets, many of which she displays. My favorite was the shirt that read, “Jesus and Biscuits Are Good for the Soul.”

For those who can’t get enough of the folksy Alabama cook, there’s her book, “It’s Gonna Be Good, Y’all,” a phrase she often says with a big smile before starting a new dish.

The cookbook is due to publish in mid-November and is available for pre-ordering from Huffman Media.

« Balsamic Glaze Is a Flavor Bomb
Tune Up Your Tuna Salad »