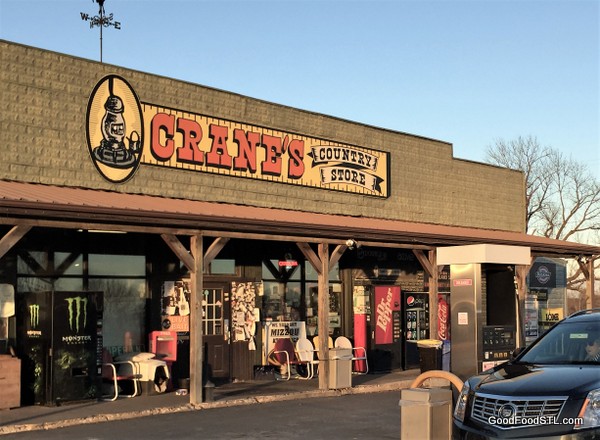 I got my second jab this past weekend. Russ took me to Columbia, since the vaccine supply is still pretty skimpy here in St. Louis. As always, we made our road trip a foodie adventure.

Russ can’t go west on Hwy. 70 without a stop at Crane’s Country Store in Williamsburg (pop. 694). A hint of their varied merchandise is wrapped in their slogan: “Boots, Bullets, Britches, and Bologna.” The old landmark store (since 1899) sells all that, and more, including Carhartt jeans, Wolverine boots, Lodge cast iron skillets, and Mizzou paraphilia. 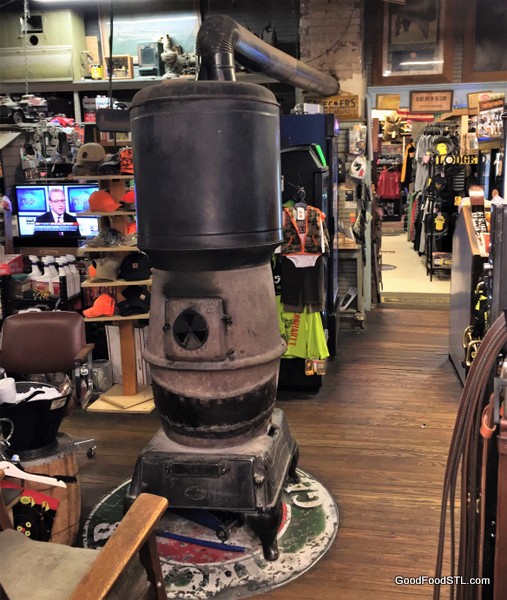 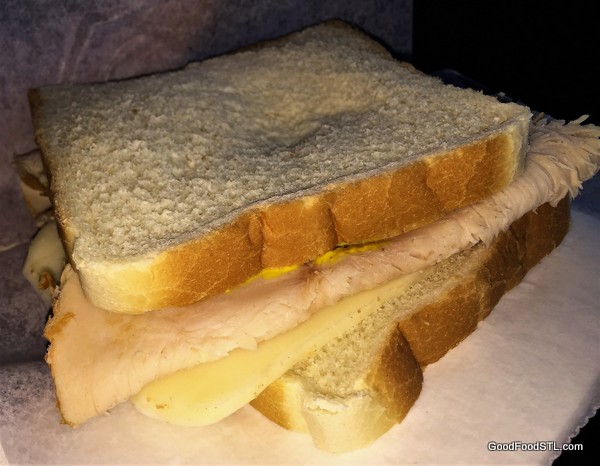 Their original sandwich: “One Meat, One Cheese, One Dollar” only came on Wonder Bread. That’s still true today, though the price has gone up to $2. The unsliced sandwich reminds me of Lucy’s warning to Charlie Brown: “Never cut a sandwich in half, all the flavor falls out.” No problem here.

Crane’s has two claims to fame: You pump your own gas and then go inside and pay whatever you say the amount shows. Inflation has caused the price of the “One Meat, One Cheese, One Dollar” sandwich to soar to $2, making the name less rhythmic. (You can still shave a dollar from the price, if the meat is bologna or the sandwich a straight up peanut butter and jelly.)

Russ got the smoked turkey with Provolone and mustard and ate it in the car. I had a bite. It was easy eating. It reminded me of the sandwiches I enjoyed as a kid long before the advent of eggplant-avocado-portabella sandwiches smeared with pesto and served on 7-grain bread. 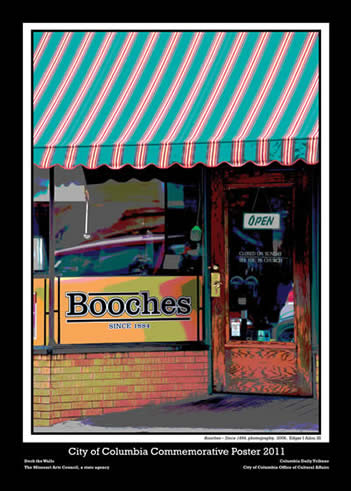 After I was “shot,” we we got a carry-out Booche burger—my reward for not flinching at the oncoming needle. The bar room/pool hall/ burger joint is a Mizzou legend. Despite the limited menu—mainly burgers, chili, and beer—the place is crowded and the pool tables still in play.

There was a time when women were not allowed. I have a friend, who grew up in Columbia. She said her mother often sent her to Booche’s to summon her brother to dinner. She had to tap on the window and motion for someone to tell him. 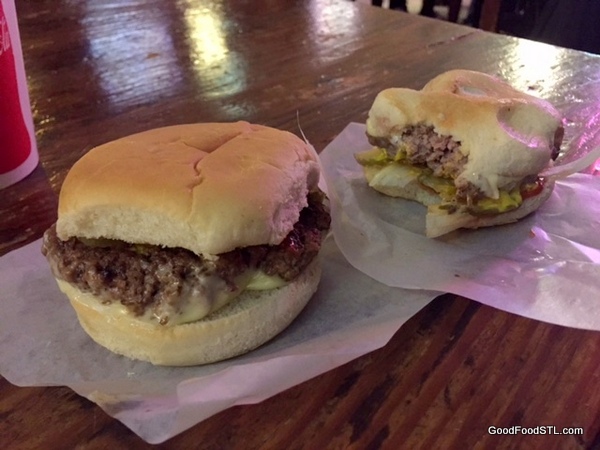 Our third food stop was at Chicken Salad Chick in Chesterfield. (Try saying that three times fast.) The chain has locations in 17 states—mostly the south. They offer 12 varieties of chicken salad with cute names like: Fancy Nancy, Dixie Chick and Olivia’s Old South. Scopes of the salad are served on a lettuce leaf or bread.

If chicken salad in not your thing, green salads and soups are available. A well-appointed drive-made it easy for us to order quickly and be on our way home. 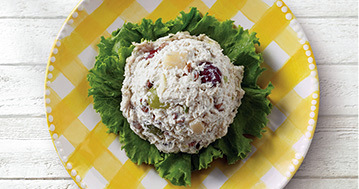 Fancy Nancy Chicken Salad, one of the 12 different salads from Chicken Salad Chick in Chesterfield. A second Missouri location is in Creve Coeur.

It was a grand break after a winter of COVID hibernation. Not only did I get my final shot, I had a pleasant visit with Russ during our drive and with Cyndy and her family in a parking lot.

What fun it was to see the Mizzou students in shorts and sandals, eating at the sidewalk tables, enjoying a taste of spring. What’s more, Russ and I indulged in foods, some nostalgic, some new. It doesn’t get any better than that.

« Vietnamese Pickled Carrots and Onions
There’s a Towel in That Flour Sack! »