Recently Tom brought me a splendid bowl of Vietnamese Pho, that his mother-in-law had made. The hearty, flavorful soup is the centerpiece of Vietnamese cooking.  (Pho is pronounced both “foe and “fuh,” though I tend to say “fuh” because most of my Vietnamese friends say it that way.) 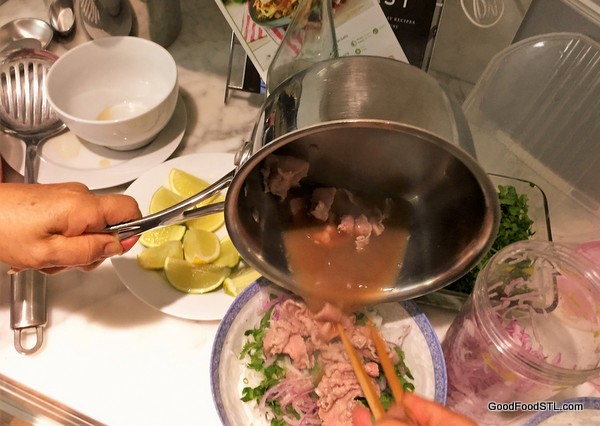 Broth and beef go into the noodle/vegetable bowl made by Lisa’s mother, Bay. 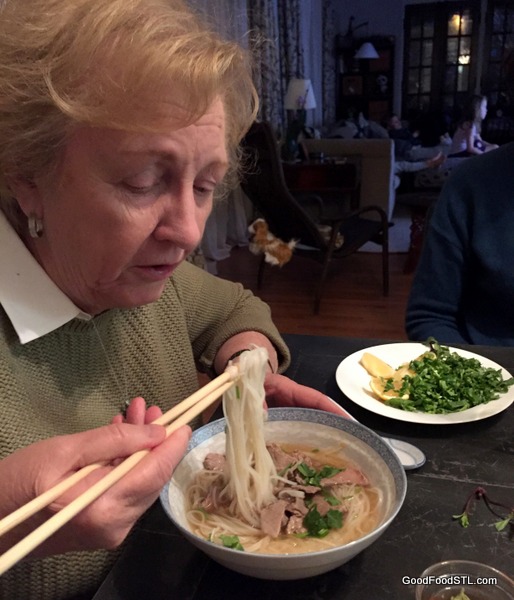 In parts of Vietnam, Pho is eaten for breakfast and lunch and in other areas it’s served throughout the day. The broth is made from beef bones simmered for hours with seasonings, including cinnamon basil, star anise, and cloves.

From Bones to Broth

The measure of a good broth is not only its fragrance and balance, but its clarity. After the lean, thin sliced beef is cooked slightly, all is joined in the pho bowl and topped with bean sprouts, cilantro, basil and a squeeze of lime or lemon. It even smells healthy. 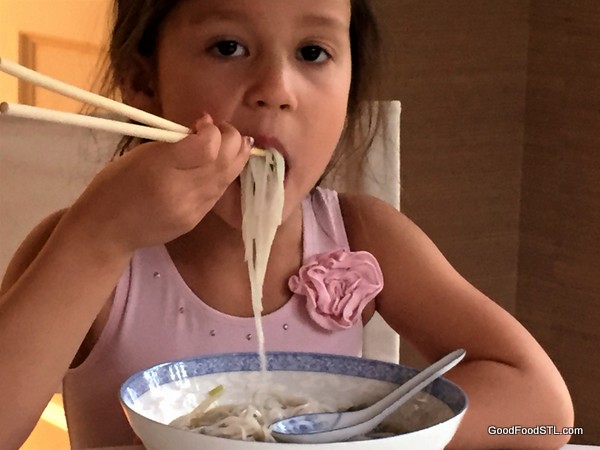 It’s no wonder this aromatic blend of broth, beef, noodles and herbs was listed 20th among the “World’s 50 Most Delicious Foods” compiled by CNN in 2011.

If you want more “inPHOmation” on this enjoyable dish, look here.

For best results, I suggest finding a local Vietnamese restaurant like Mai Lee’s, Banh Mi So, or Pho Grand. Better yet, find a Vietnamese friend who likes to cook.

« In Search of the Best Pizza
Eating Out the Old Year »