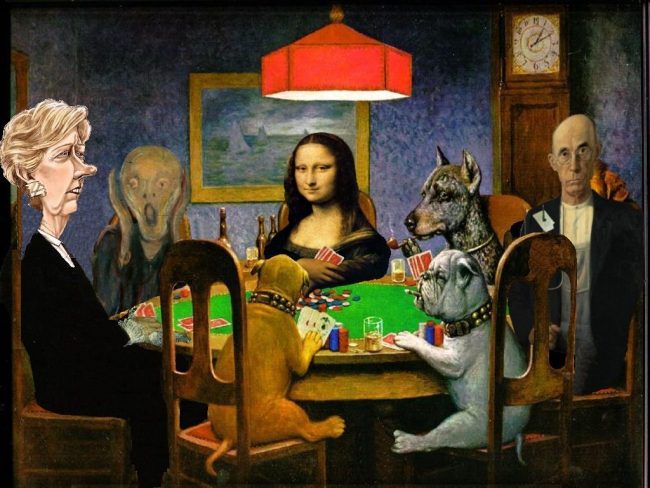 This is the invitation that my grandson, Austin, sent to family alerting them to the time of our birthday poker game. Which one am I?  I’m not the one with the stubby cigar, the screaming face, the mysterious smile, or the stern Gothic look. I’m the one with the nose that looks like a ski slope. (Jean Carnahan caricature: Getty Images)

This hasn’t been the best year to get the family together for celebrations. So Austin came up with a creative Zoom idea for my birthday week.

“Since you don’t want a birthday party this year, how would you like to play a poker game online with all the family instead? There are sites that deal the cards and place the bets for playing Texas Hold’em.” 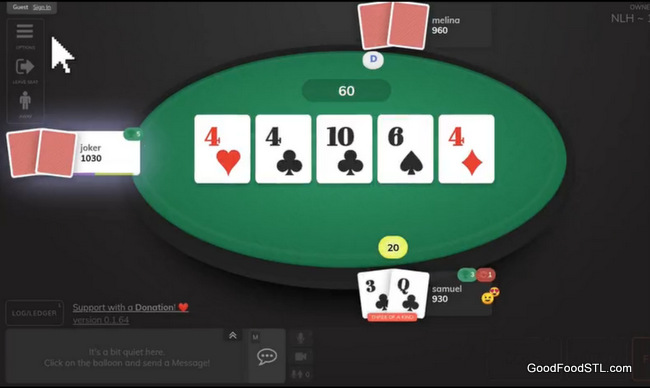 Screenshot of the poker site.

“Sounds like a perfect pandemic pastime,” I said. “But I’m not much of a poker player. I’m more into Go Fish, Pitch, and Canasta.”

“No problem,” he said, “you’ll catch onto it as we go along. But you might want to watch this video that I’m sending you about the rules. Then we’ll do a practice run on the poker site.” 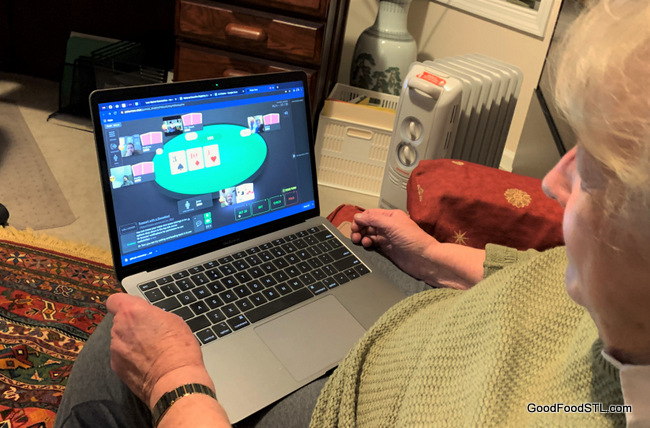 After that, I watched three YouTube videos on Texas Hold’em. When we came together for our birthday tournament, I was, at least, versed in some of the terminology (i.e., flop, river, fold, turn, community cards, check, call). I almost knew the ranking of various hands, that go from High Card to Royal Flush.

There were fewer glitches in bringing us together online than I expected. Happily, the Zoom difficulties were soon resolved by the techies in the family.

Well, I won the first two hands! Beginners luck, I suppose. But the final victory for the evening went to Austin. (It’s been said that winning too often at pool or poker is the sign of a misspent youth.) I’m thinking it means you have a mind for math, which I don’t and Austin does.

In the end, I won $4 and lost $6. I don’t have to be a mathematical wizard to figure out this may not be my game.

Food for the evening was Thai carryout from Fork and Stix in the Loop. The Bourbon Fruitcake Cookies that I baked last week took the place of a birthday cake (My birthday is not until the weekend, but my family insists we celebrate several days. I’m okay with that.)

« Christmas on the Farm: Dashing Through the Snow
Christmases Past: A 50-Year Photo Album »