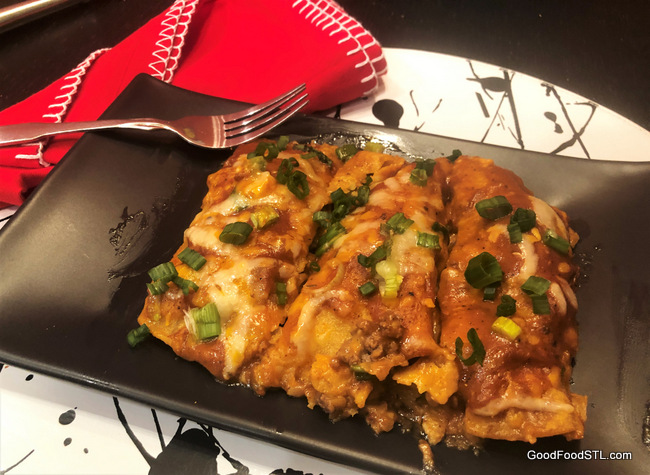 A good sauce enlivens this dish of enchiladas.

One evening recently, I said to myself, “Hmm. . . what shall I have for dinner?” A roughish voice within whispered “en-chi-lad-as.”

A sterner voice broke in, “But what about that salad you were planning on?”

“Hush,” I said, ignoring the culinary interloper. Putting aside my earlier plan, I went with the enchiladas.

A Change of Plan

At first glance, I thought I had all the ingredients. As it turned out I was missing one of the main one—enchilada sauce. “No worry,” my inner voice said, “make the sauce yourself.” And that’s what I did. 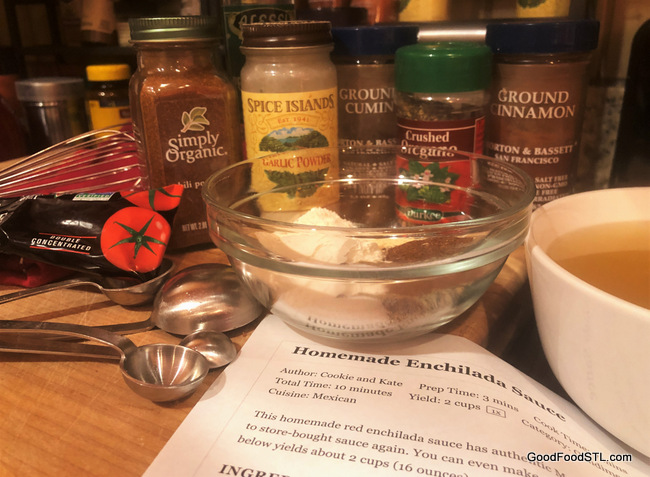 What Did I Learn?

After an hour or more in the kitchen and surrounded by dirty dishes and utensils, I could tell why people use store-bought enchilada sauce despite the added color and flavor enhancers.

If making this recipe from scratch, I suggest making it in stages. That is, shred the cheese (I prefer Monterey Jack), and refrigerate. Measure the ingredients and make the sauce ahead. Then all you need do is assemble the enchiladas and bake.

Just as I was about to add the topping of cheese and green onions and stick the dish in the oven for 20 minutes, my inner charlatan whispered, “What about the green chilies you wanted to include?”

Drats, I’d misplaced the small can of chopped green chilies on my cluttered counter top. So I carefully unrolled each enchilada (I had 8) and inserted them in the mix. What a mess. 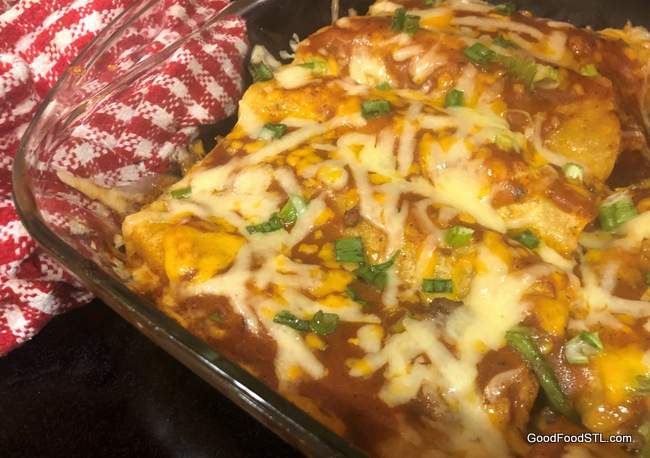 Hot from the oven

I have since found an easier version of the dish that Ree Drummond, the Pioneer Woman, makes using a canned sauce—which she wisely keeps on hand. She doctors the sauce with a few extras, giving it more of a Tex-Mex flavor. I’m thinking that’s the way to go. 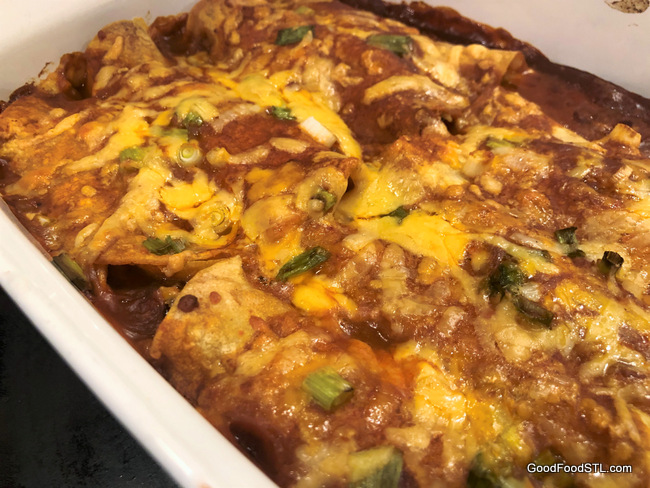 I made this version using  a store-bought sauce. Frankly, I couldn’t tell that much difference.

If you want to speed up the prep time, go with a canned sauce. On line evaluators of the various enchilada sauces picked the mild-flavored Rosarita (though it has MSG); Old El Paso (though it has added coloring); and Las Palmas.

In these Covid-fearing times, additives don’t seem to be as scary as they once were. Or, at least, that’s what my pesky, know-it-all inner voice told me.