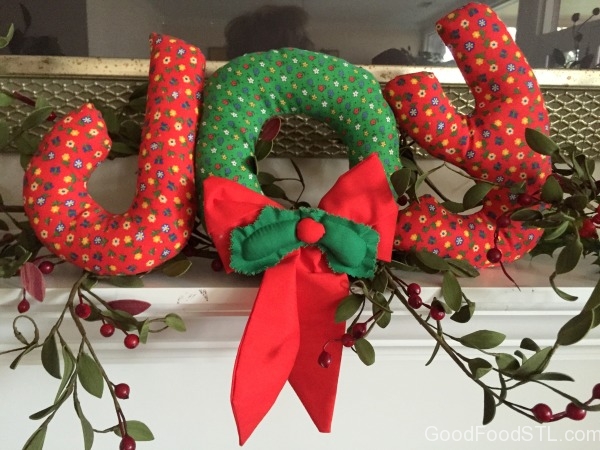 This is my favorite Christmas decoration. It’s the first to go up and the last to come down. I’ve considered leaving it up all year round.

We all have our favorite Christmas ornament(s), that we look forward to displaying each year.

They’re not always the fanciest or most expensive, but they bring back memories. Sadly, half of my decorations are still boxed up, along with the many items stored away after my 2001 house fire.

A Walk Back in Time

For this post, I’ve photographed a few of my favorite Christmas decorations (the ones I can find) and related the stories that go with them.

In the photo below is a nutcracker that my grandson, Andrew wanted me to give him. He was young at the time and I thought he’d break it.

But the year I decided to part with it, I couldn’t find it anywhere. Ten years later it appeared, but by then he no longer interested it. He’s 27 now, so I think it’s time to offer it to him again. 🙂

The painting next to the nutcracker is of the Governors Mansion with snow and Christmas carolers. It’s the work of Jefferson City artist, Jim Dyke. I’ve treasured the painting ever since he presented it to me years ago. 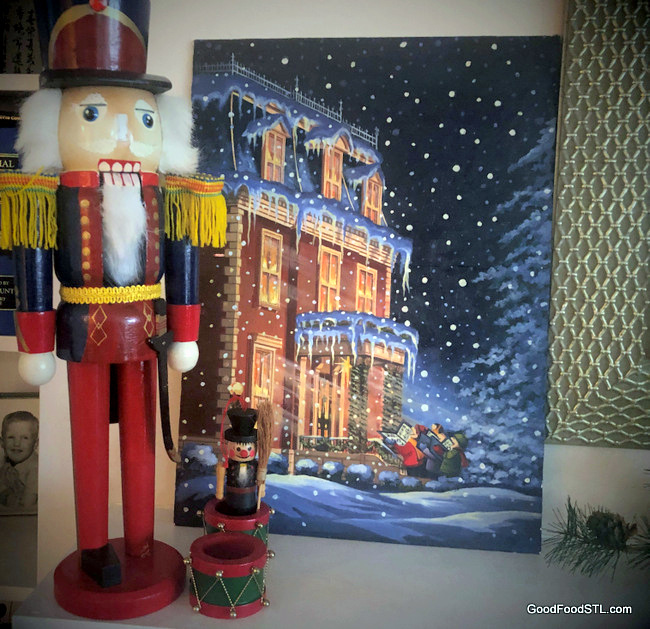 Christmas decorations that come with a story.

I always bought a few ornaments each year that represented something we had done as a family.

One year it was a computer ornament to commemorate our first purchase of the new technology. Placing a car, dog or horse ornament on the Christmas tree indicated new additions to our lives.

When we travelled abroad, I brought home an ornament from each country we visited—though in the ’80s they weren’t making Christmas ornaments for sale in China and I had to concoct one myself.

If the spirit of the season overtakes me, I may have to scavenge the attic for those baubles of bygone days. 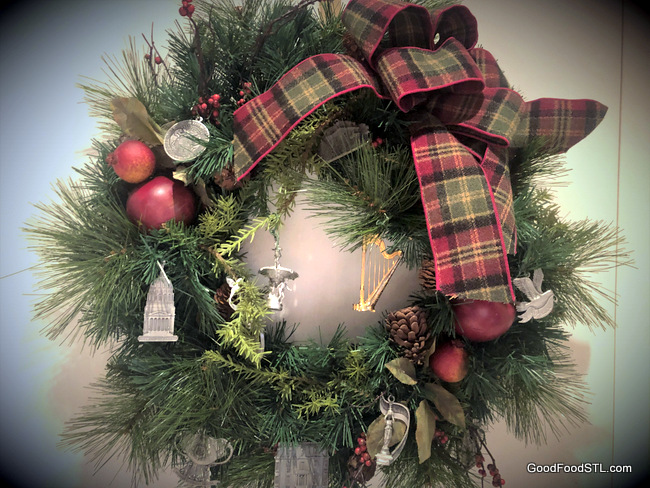 I had an ornament made each year that I lived at the Governor’s Mansion. They were offered as collector’s items. A friend put a full set on a wreath, that I hang each year on my door. They include the Mansion facade, a harp, the newel post figure, the state seal, the Children’s Fountain, the USS Missouri punch bowl—all items associated with the historic house. 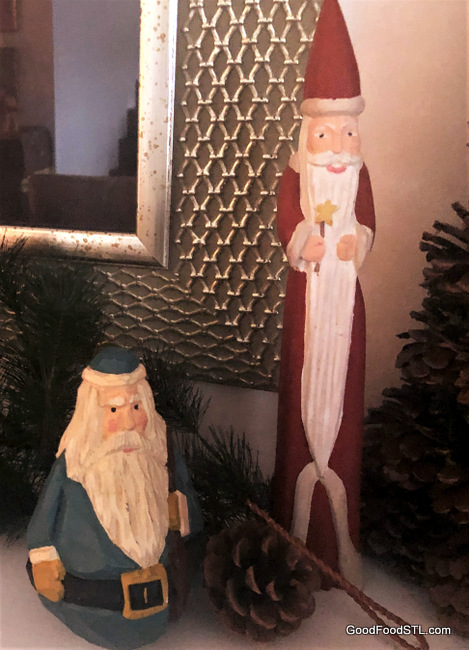 These carved Santas were a gift from my friend, Wilma, who collected the holiday figures. I think of her each Christmas when I set them out. 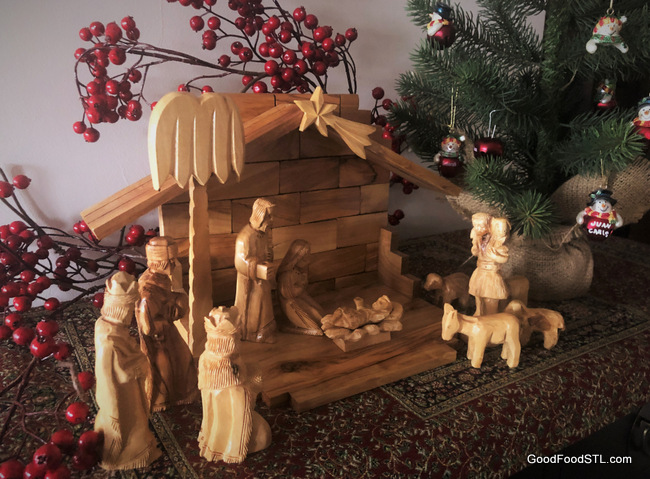 I got this carved rosewood Nativity scene years ago in Jerusalem. My son-in-law, JC, insists that I put the baby Jesus in back of the stable to be brought out on Christmas Day. But he’s not convinced me to do that yet. The mini, Charlie Brown Christmas tree (on right) has small ornaments with the names of family members. 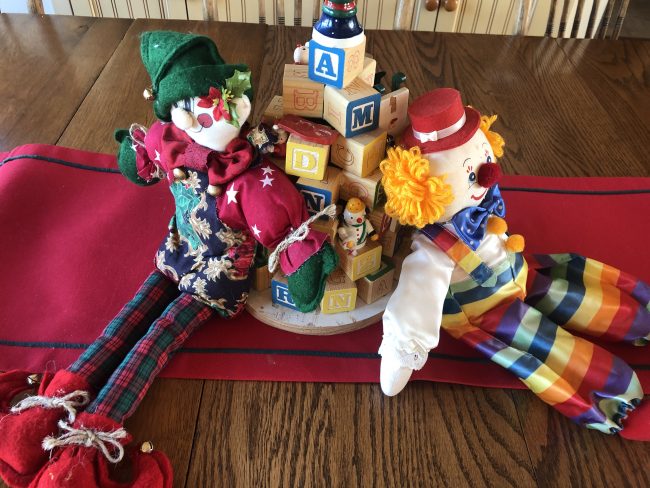 A bit of whimsy for the child in me. 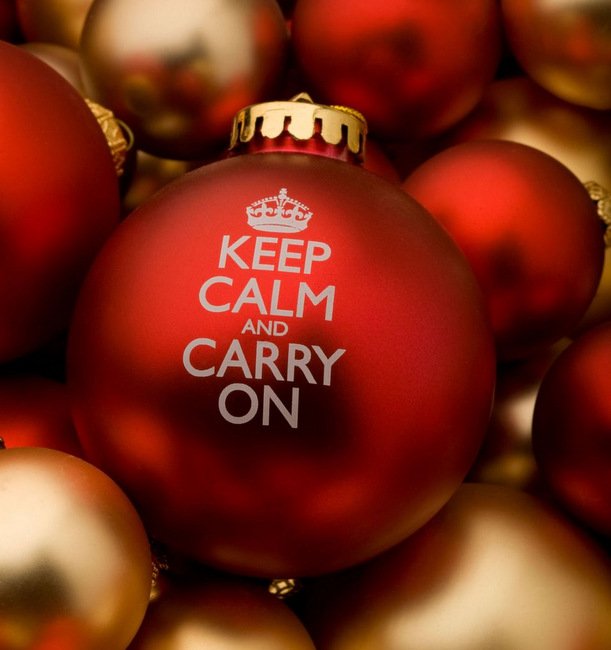