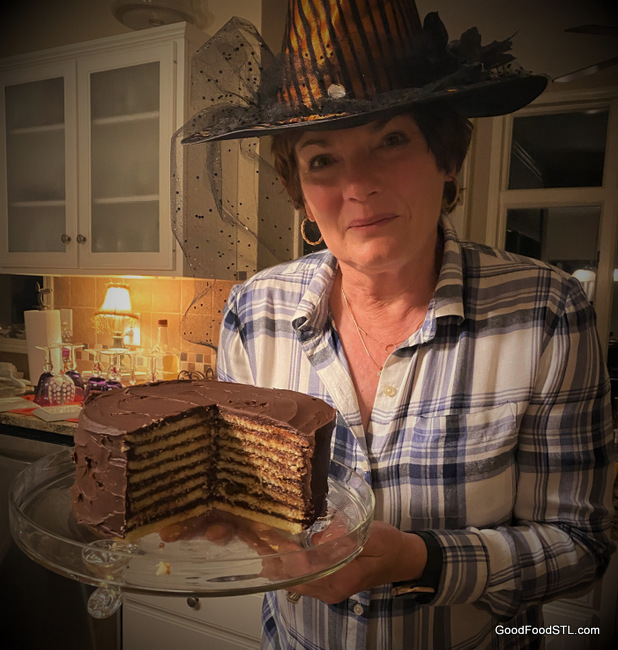 If you can’t go Trick or Treating this year, put on your witch’s hat (as Cyndy has done here) and make this superb Smith Island Cake. It soothes the soul while satisfying your sweet tooth.

Cyndy sent me a photo of a cake she’d made for a friend’s birthday. “It’s called a Smith Island Cake,” she said. “And it’s so good it was designated the State Dessert of Maryland.” 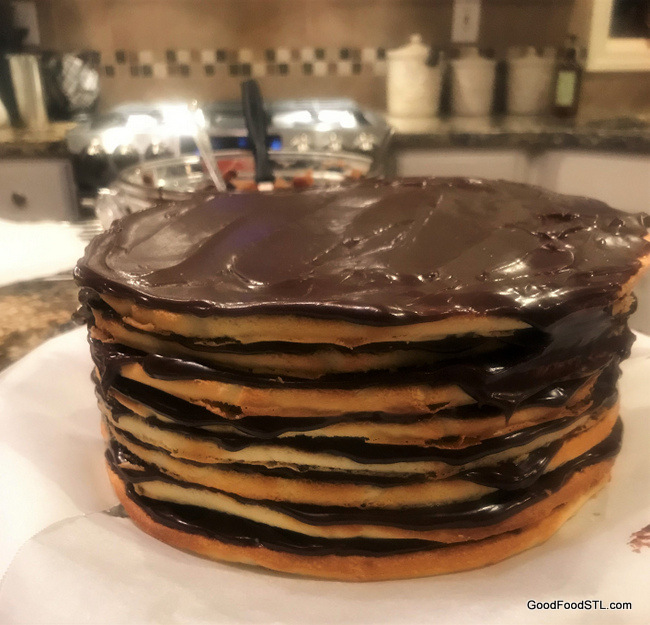 Stacked and ready for the sides to be iced.

What’s So Special about This Cake?

To begin with Smith Island Cake has 8-12 ultra-thin layers, sometimes more. (Cyndy’s had 8 and it was quite statuesque.) Traditionally, the cake is yellow and covered with a fudge-like icing rather than a butter cream. The icing is best applied with an offset spatula, one with a bend in the blade near the handle. (Cyndy was especially smitten by the icing. “It’s one I intend to use on other cakes,” she said.)

A Twist on Tradition

This superb icing comes with a bit of island history. In the 1800’s, the women made this cake for their husbands to take on their autumn oyster harvest. The firmer icing held up better than a butter cream and the skinny layers kept the cake moist. 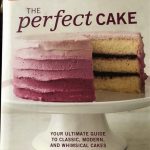 Today there are deviations on the classic recipe. You will find coconut, double chocolate, fig, red velvet, lemon, and carrot versions. The flavor doesn’t count so much as the need for the multiple, skinny layers.

The recipe that Cyndy used is from this beautiful cookbook (an ideal gift, by the way) compiled by America’s Test Kitchen and entitled The Perfect Cake. (Cookbook sells for about $25 on Amazon.) No kitchen should be without it.

Where in the World Is Smith Island? 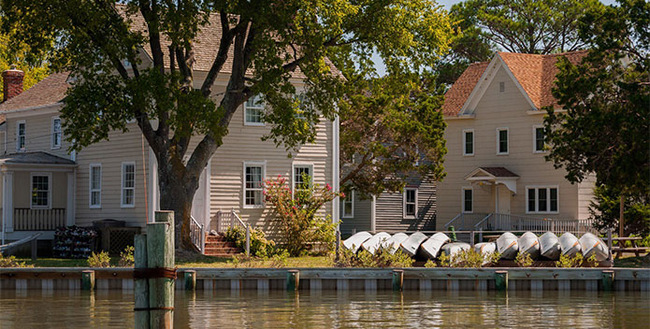 If you’re wondering where this sleepy, little island with the towering cakes is located, it’s in the Chesapeake Bay about 12 miles from Maryland. My cousin, Margaret, lives within view of Smith Island (on a clear day) and says that it’s actually a cluster of islands. Most are too marshy for human habitation, but there’s a wild life refuge.

The 200, or so, islanders have few cars and stick with golf carts and cycles to get around. There’s one church (Methodist), no liquor store, no crime, and no use of credit cards. These descendants of English settlers, who came to the island in the 1700s, still use quaint Elizabethan phrases. Since there’s no bridge or causeway, residents use a daily passenger-only ferry to the mainland.

The crab-rich Chesapeake Bay keeps the island economy afloat, but the lowering sea level has put a few of the islands underwater. 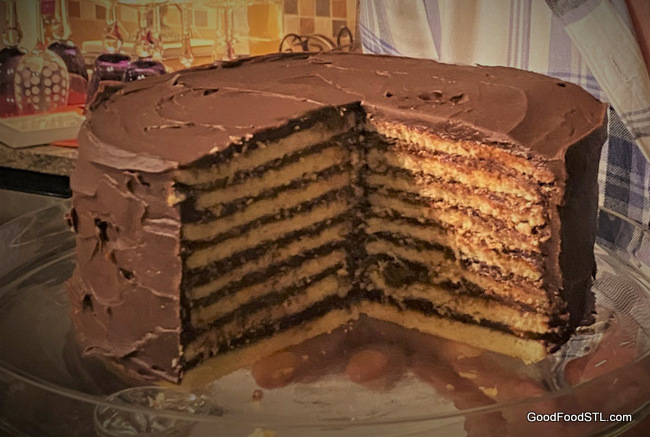 No do-dads or curly-ques on this cake. Just lots of slim layers smeared with a wonderful chocolate icing. It’s similar to the Doberge Cake made in New Orleans, that was adapted from the Hungarian Dobos torte. One island resident admitted on line, that she now makes the classic Cake using a Betty Crocker Super Moist Yellow Cake mix.

Seeing Maryland with such a fine dessert, I wondered what Missouri’s designated dessert might be. Gooey Butter Cake, perhaps? Or the Current River Chocolate Sheet Cake? I googled and found that none of those ol’ favorites made the cut. Our state dessert is the ice cream cone.

Frankly, I was disappointed. Don’t get me wrong, I love a chocolate ice cream cone from time to time. But I was hoping Missouri might have a baked dessert rather than a frozen one. If you have any suggestions on what that should be, let me know. 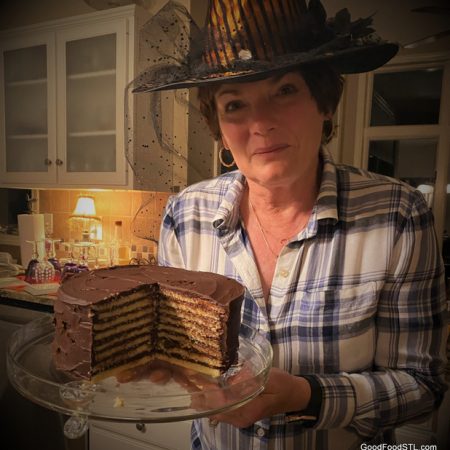 « Can You Improve on Chocolate Chip Cookies?
Mama Mia! What a Spaghetti Sauce! »