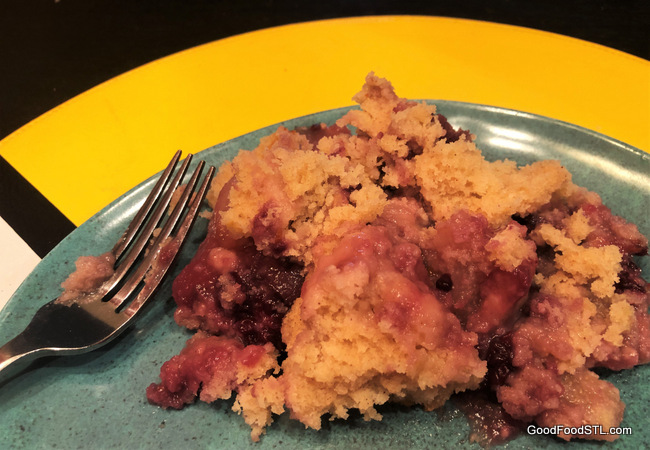 Recently Tom dropped by my condo with a warm gift—a good-size helping of Lisa’s Pear-Blackberry Cobbler. I sat down and ate half of it right away. It made my day! The recipe, she said, comes from her William Sonoma Dessert Cookbook. (Though I also found it on line.)

This is one of those flexible, “knock-your-socks-off” recipes, that’s downright seductive. While the original version calls for all blackberries, it’s noted that other fruits can be substituted. That’s what Lisa did.

Lisa had some softening pears, that Russ had brought her from a neighbor’s tree and she had some blackberries on hand. (She used 4 soft pears and a carton of blackberries, a splendid alliance of flavors.)

When I ran onto a bulky package of mangoes while cleaning my freezer (more on that task in a later post), I considered subbing it for the blackberries. But in the end, I went with Lisa’s tried and true version. 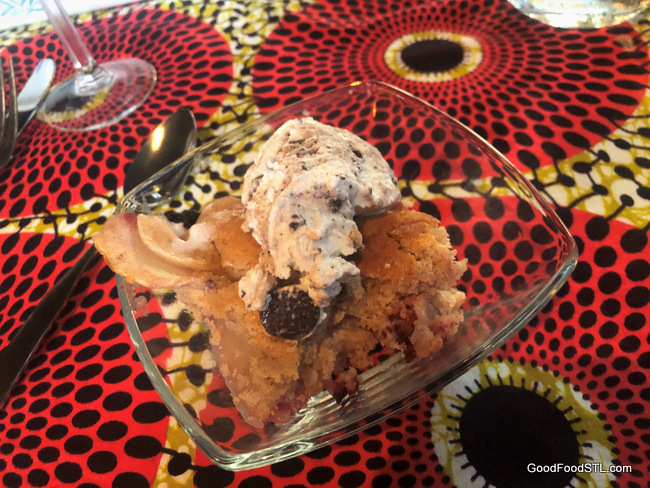 Ahh! The nectar of the gods. Especially with a dab of Central Dairy Moose Tracks.