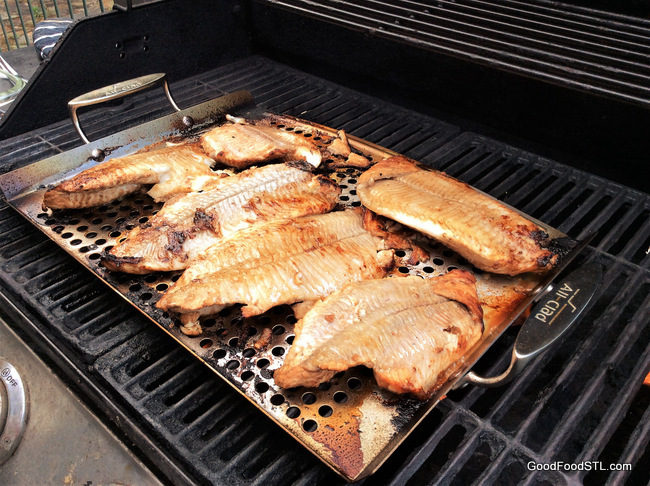 Catfish on the grill, a sign of good eating ahead.

Comfort food is in order these days. And what’s more soothing and satisfyingly then Southern cuisine. At the farm, we had only one couple for dinner rather than a porch full as in previous years. The meal was served and eaten outdoors, observing social distancing. We uncovered the grill and threw on some catfish fillets, that Robin had marinated for a few hours. Most often we use an old recipe given me by my sister-in-law years ago. The ingredients are few, but marry well with the fish. Robin’s garlic scape pesto made a splendid topping.

I know hush puppies are traditional fare with catfish and are fun to fry. But in deference to theses artery-conscious times, we went with cornbread. I prepared it partially ahead, putting together the dry ingredients in one bowl and the wet in another. Then I combined them just before slipping the pan into the oven. I’m satisfied with the recipe on the carton of yellow cornmeal, so I go with it. But often I jazz it up with jalapeños and grated cheese, as I did this time. 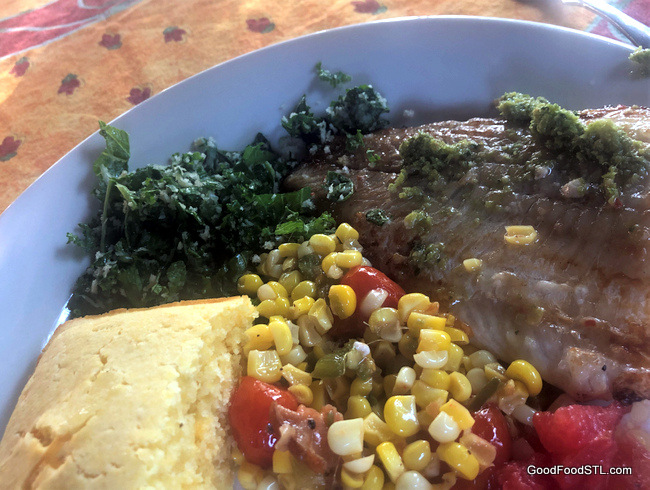 The Kale Salad Was a Star!

Robin and JC cut the kale fresh from Michael and Inda’s garden earlier in the day. Kale can be tough and temperamental with an unpleasant afterbite. This was not like that at all, due in part to Robin massaging the tender young leaves before chopping them for the salad.  She also added bread crumbs, Parmesan, anchovy paste, red pepper flakes, sea salt, black pepper, olive oil and lemon juice. Wow! All that could make shoe leather taste good. Superb!  This New York Times recipe is close to what she made.

Rather than corn on the cob, I opted for a corn combo made by cutting the kernels from the cob and sautéing them in vegetable oil—though I included a bit of bacon fat as well. For more color and flavor, I added cherry tomatoes, green peppers, jalapeno, onions, and garlic. Similar recipes abound on the Southern Living website. 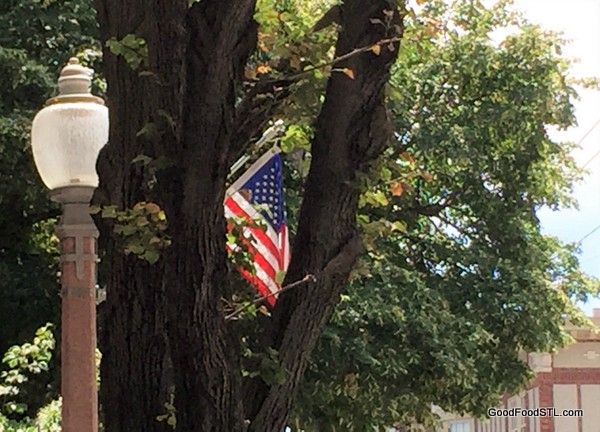 In support of the local economy and a cooler kitchen, dessert came from Slice of Pie in Rolla. Our guests arrived with a tasty peach pie and a Boston Cream Pie—a tribute to the Boston Tea Party. Neighbors on adjoining farms showered the skies with a colorful fireworks display just as Benjamin Franklin advised us to do to celebrate the day.

We talked with our old friend into the evening, as we addressed several world problems. But mostly we were together and able to laugh and recall happy days.

Next year when we celebrate the Fourth, may it be as One America . . . next year, our hopes and prayers are for a nation well in both body and soul.