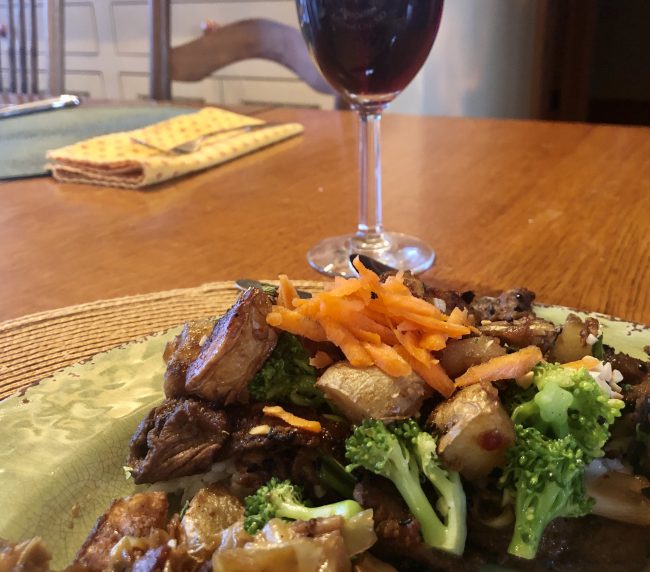 Korean Bulgogi made by my grandson, Austin.

When Korean Food Came to Town

One of the unexpected benefits of living in Rolla in the 70s and 80s was, that unlike most small towns, we had a Korean restaurant: The Oriental Palace. The exotic-sounding name showed the high expectations of the owner, Thomas Pak. Our family ate there nearly every Sunday after church.

Mr. Pak was particular about his food preparation, turning out popular Korean-Asian dishes tweaked to suit Missouri palates. I especially remember the Bulgogi, Moo Shu Pork, and his version of Cashew Chicken.

Mr. Pak also introduced our family to Woo Lae Oak in the DC area, an upscale Korean restaurant with several world-wide locations. At the tables, you could cook your own meat on the dome-topped grills, which were quite novel at the time. The thin, juicy slices of cooked beef went into a lettuce wrap topped with an assortment of condiments. Goooood eatin’.

Tea ceremony performed for me in Korea. Interestingly, every culture and religion has ceremonies and rites that include food and drink.

When in Korea I visited a girls’ school. One of the treats of the day was the performance of a traditional tea. I was told that the centuries-old ceremony is called the mother-in-law’s tea, because it was an art that brides once had to learn to impress their new mother-in-law. The young ladies in colorful, traditional garb performed well.

If I look uncomfortable, it’s because sitting on the floor to eat or drink is not my position of choice.

A Step Back in Culinary History 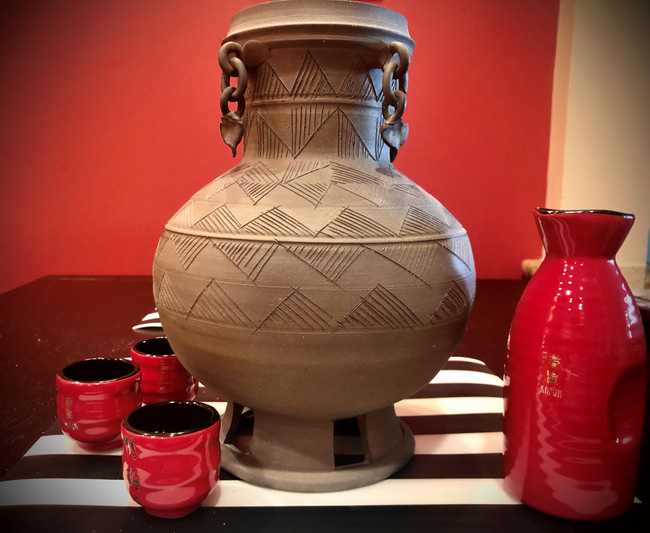 Reproduction of an ancient clay pot.

Sitting in my hallway is this attractive, black kitchen pot, that  I got when I visited Seoul 25 years ago. It’s a reminder of the wonderful food we had in the capital city and the countryside, as well as our family gatherings at the Oriental Palace.

It’s surprising how many of our fondest memories are built around good food shared with family, friends, and even strangers.