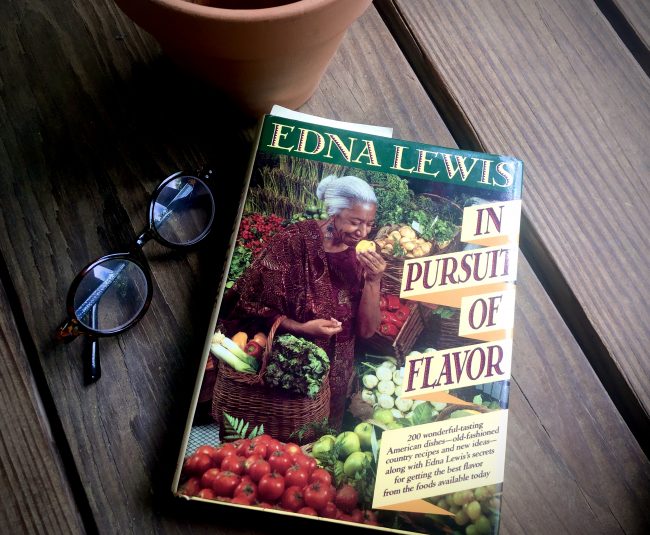 An Edna Lewis cookbook reads like a story she’s telling you in her kitchen.

At Home with Edna

I feel at home with Edna Lewis‘ recipes. Perhaps because she was raised in Virginia, as was my mother. During her lifetime, she wrote about familiar dishes: collard greens, long-cooked green beans, spoon bread, damson jelly, fried okra, potato cakes, pan-fried chicken, and lard-based pie crusts—all much apart of my childhood dinner table. Admittedly, I rejected some of those dishes as a youngster, but have since grown to love them. 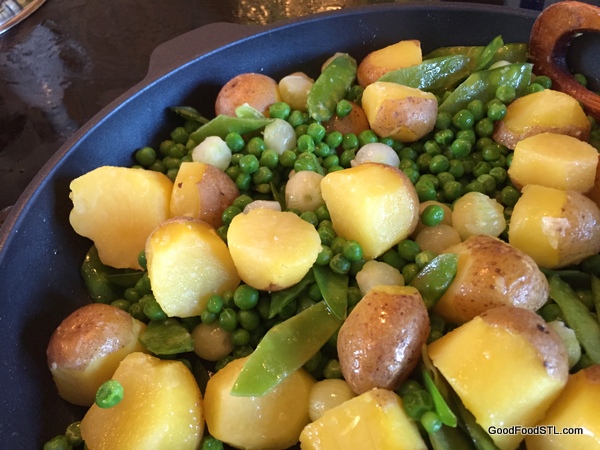 It will soon be New-Potato-and-Sweet-Pea time. One of my springtime favorites. Edna was a champion of fresh, in season ingredients.

Edna went back to Virginia each spring for wild strawberries and green gage plums (a lime-colored plum available in late summer). She found the peaches and pears in New York, where she had settled, were just as good as those in Virginia. But the berries and plums were worthy of a trip home. (Her feelings about the food of her childhood reminds me of a story, that I must pause to tell you.)

When I moved to Missouri in the early 60s, my mother had never been to this part of the country and often sent me “care packages.” Having lived and travelled only on the East Coast, I’m sure she had some misgivings about food availability in the Midwest. I never let on otherwise. A few times she spent a lot on postage just to mail me a carton of apples, that she’d picked in the orchards of Winchester, VA. When she finally visited us in Columbia and saw that I was not being nutritionally deprived, I never got another food package. But I enjoyed them while they lasted. 🙂

A Forever Stamp on Southern Cooking 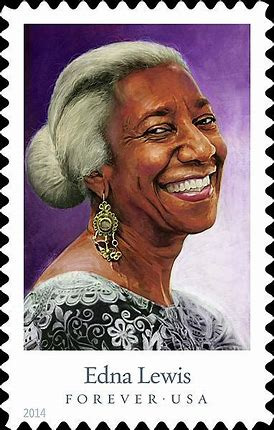 The much admired chef was featured in the leading house and food magazines of her day. She ran many a restaurant kitchen, taught cooking classes, worked as a caterer, and was the author and co-author of four cookbooks.

While Edna is no longer with us, her recipes and cooking techniques live on. In 2014, she was one of five chefs immortalized on a limited edition forever stamp. She, indeed, left a “forever stamp” on Southern cooking.