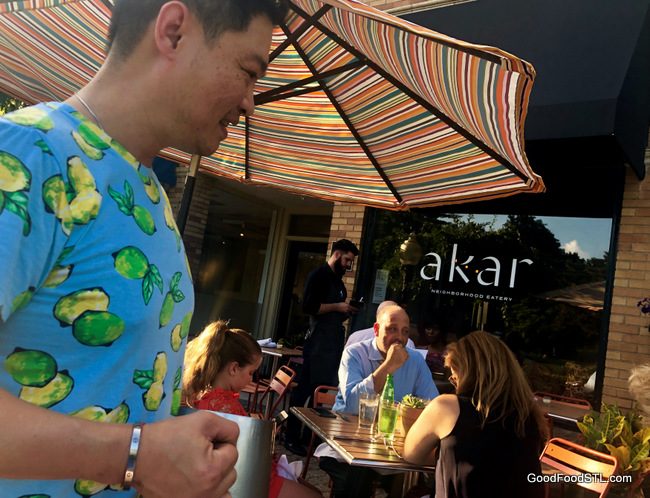 Last year on the patio at Akar, chef-owner Bernie Lee sees to the enjoyment of his customers during better times for restaurants and diners.

I called my daughter. “I’m tired of eating my own cooking,” I said. “I want some good Asian cuisine.”

“Where do you want to go?” she asked

“Bernie’s,” I said, which is what I call Akar on Forsythe owned by Chef Bernie Lee.

The upscale, hole-in-the-wall restaurant is accustomed to operating in the limited space between Starbucks and Bar Les Freres. There’s 12 seats inside and additional tables outdoors. When the Pandemic hit, Bernie moved quickly to more patio service and curbside pickup.

“Have you checked the hours?” Robin asked.

“Great, I’ll place the order, if you pick it up, we can eat on our patio.”

I’d not done the curbside pick up before, so Robin texted me with the time and number to call when I arrived at Akar. Pull-in parking was available near the sidewalk mailbox, she said.

I arrived a bit early, and was immediately met by a perky, masked “waitress” (or should I say Corona Car Hop to describe the new kitchen-to-car runners).

She said my order would be ready in minutes. Sure enough, at 7 o’clock sharp another masked worker slipped a large grocery sack (with handles) through the back window of my car. No money, credit card, or tip was exchange. It’s all done on line before the pick up. 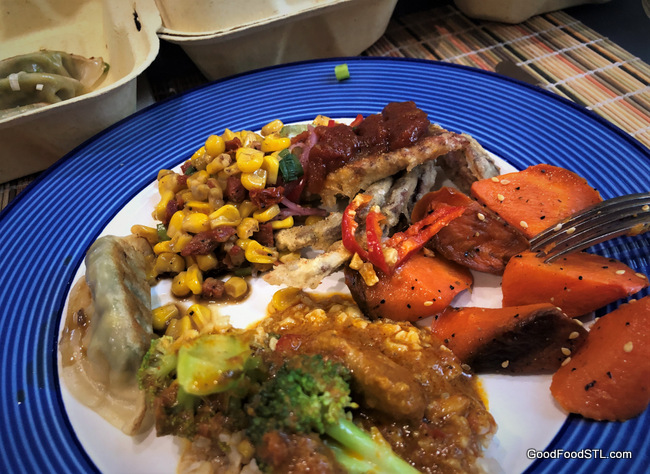 (From top to right) Soft Shell Crab with summer corn; Roasted Carrots, Chicken Tikka Marsala with brown rice; and Pot Sticker. Bernie’s dishes are more artfully presented at the restaurant as you can see here.

When we unfurled our restaurant meal at Robin and JC’s house, she noted that the food was still warm—often a problem with carry out. I attributed that to Bernie’s prompt kitchen-to-car deliver and my hot footin’ it to her house. 🙂 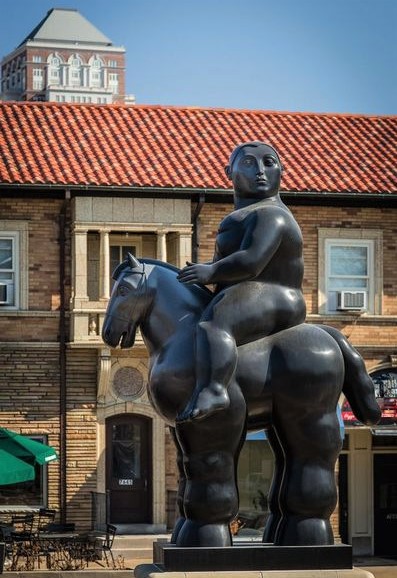 Fernando Botero Man on Horse in Clayton near Akar