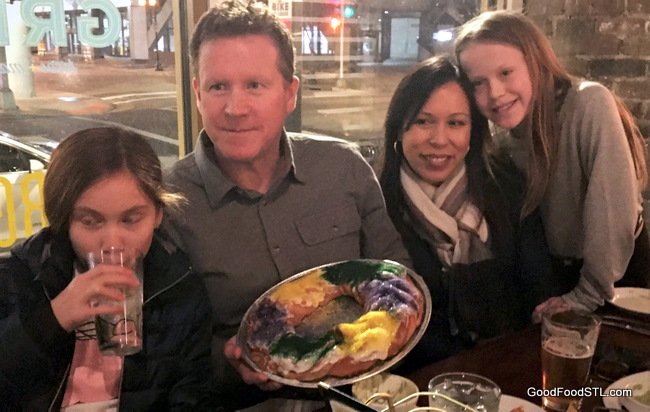 With Tom’s birthday falling during the Mardi Gras season, it seemed fitting to celebrate with a King Cake.

We didn’t import the iconic cake from Joe Gambino’s Bakery in Louisiana. We got ours at Federhofer’s Bakery in South County. I gotta say, it compared favorably with those I’ve eaten from the Gulf region.

The celebration and feasting conclude on February 2 with Mardi Gras, (which means Fat Tuesday in French). The next day, Ash Wednesday, ushers in the leaner days of Lent, leading up to Easter.

Well, that’s probably as much church catechism as you want in a food blog, but I think it’s good to know the background for a cooking tradtion. 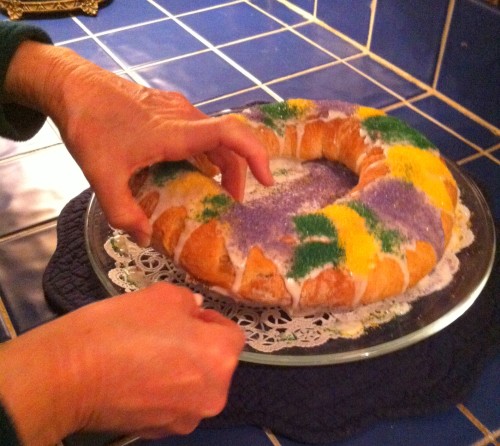 Implanting the figurine in the baked King Cake.

Unique to the King Cake (so named for the kings involved in the Christmas narrative) is the tiny figure of the baby Jesus hidden in the cake. The finder is crowned king/queen of the party and is expected to buy the next cake and/or host next year’s event.

Hmm . . . so the “losers” get to eat cake and await their invitation to the next feast? 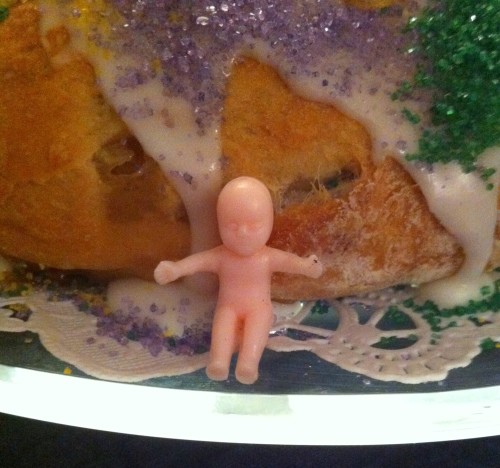 King Cake in a Mix

While I’ve not made the wreath-shaped cake, a friend in Jefferson City sent me photos of the one she made last year. Rather than make it from scratch as she usually did, she used a King Cake kit from World Market. It comes with the dry ingredients, colorful glaze, and plastic figurine. 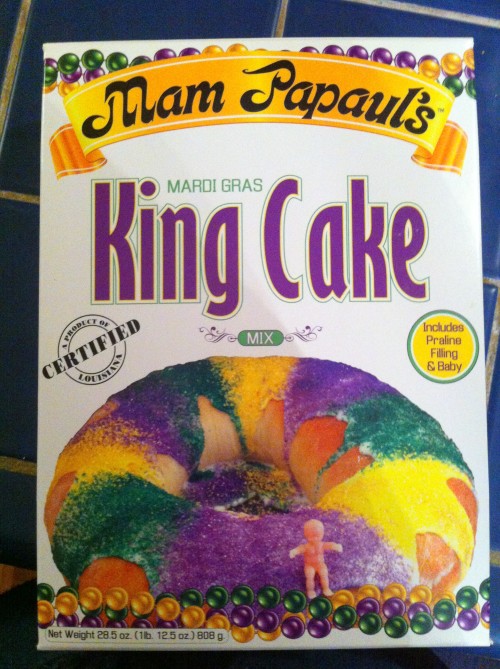 The official colors of Mardi Gras are shown in the glaze: purple for justice, green for faith and gold for power. 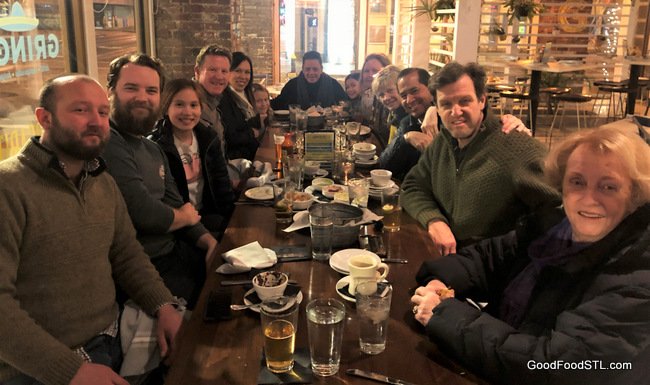 An evening of celebration ends with the cutting and serving of the cake. Hmm. . . I think Tom’s  nephews rigged the cake cutting, because Tom got the slice with the figurine! That means he’s suppose to give the party next year. We were all okay with that.