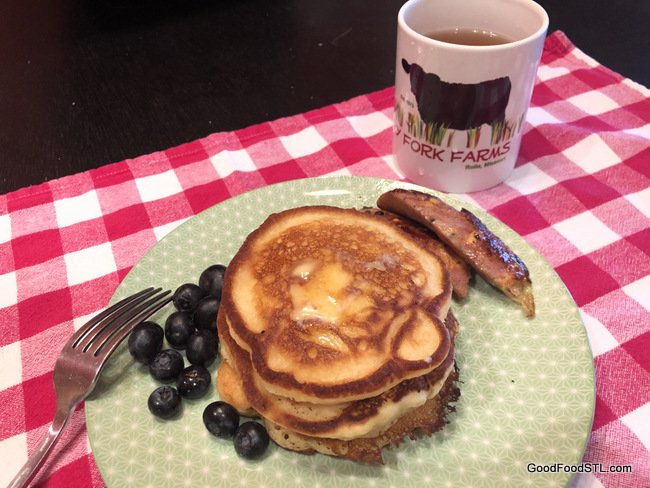 I don’t eat pancakes too often. Not because I don’t enjoy them, but because I love them too much. But last weekend I decided to indulge in a few. When I do eat the breakfast classic, I want it made from scratch and not a box. I want all the trimmings, too: a good spicy sausage, genuine New England maple syrup, and preferably some French butter.

Put Fluff and Flavor on Your Pancakes

My favorite—Lemon Ricotta Pancakes with Fried Apples—calls for buttermilk, ricotta, and lemon zest, which I didn’t have on hand. No matter, because I wanted to try a different recipe, so I could use my new vanilla paste. I had bought some after learning about it at a recent cooking class. It can be used at the same equivalency as vanilla extract. But the paste has a more intense taste and aroma. As a bonus, you get the bean flecks that come with scraping a vanilla bean pod. 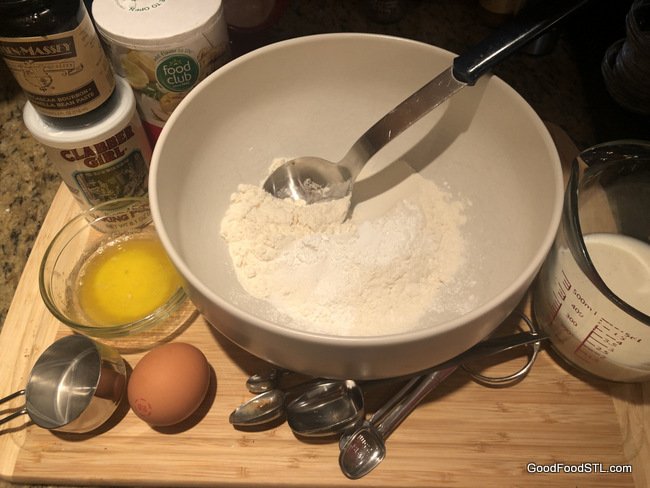 Pancakes can be made from scratch with ingredients found in most kitchens. Don’t let Cracker Barrel and I-hop have all the fun.

I found a basic pancake recipe at Cafe Delites, that got rave reviews. And I had all the ingredients! Minutes later I was swirling eggs and flour, milk, sugar, butter, vanilla  and leavening into a creamy batter. The recipe was entitled “Best Fluffy Pancakes” (exaggerated labels used on the Internet usually make me skeptical). But I soldiered on, mixing, pouring, turning, and finally tasting.

Wow! Really good! The edges had a delicate crustiness and a fluffy interior. (The crust came from my using oil in the skillet instead of butter, that the recipe called for.)