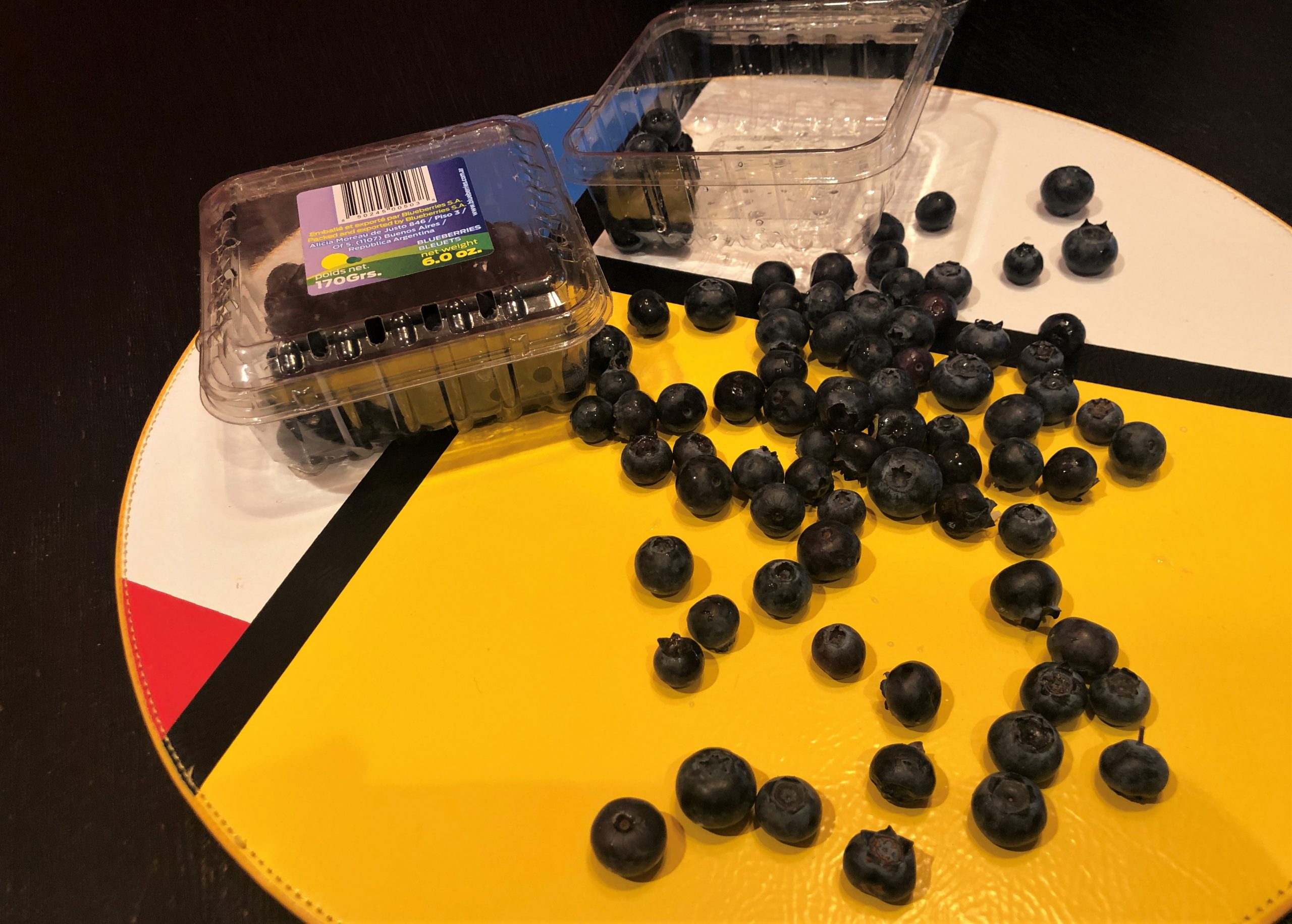 I wandered into the kitchen one morning recently. As is my custom, I opened the refrigerator and set a flimsy tray of fresh blueberries on top a small carton of yogurt. (You see where I’m gong with this already, don’tcha!)

As I attempted to close the door, the berries got away from me. While trying to save them, I did an amazing pirouette. The maneuver was performed quite splendidly, thanks to my newly replaced hip, a bit of repair that I treated myself to earlier this year.

Despite my best efforts, the carton of berries flopped onto the floor. As the little blue orbs rolled every which where, I resorted to a string of obscenities, that I’d not used for a long time.

I recalled that a woman in front of me in the checkout line had a similar disaster. Blueberries spewed through the air, landing on the conveyor belt, into adjacent grocery carts before covering the floor. Intrepid customers did a series of mincing dance steps in an effort to dodge them underfoot.

The morning of my kitchen spill, I was on my way to the gym and running late. Hmm. . . should I take time to pick up the berries now or wait till later? Should I use a dust pan and broom? Would it be better to pick them up one by one?

I thought of Anne Lamott’s book title, “Bird by Bird,” an instruction given to her brother by their father. The youngster had put off writing a report on birds. He lamented that he couldn’t possibly finish such an overwhelming task by the next day. The father advised, “You get it done bird by bird, buddy . . . just take it bird by bird.” 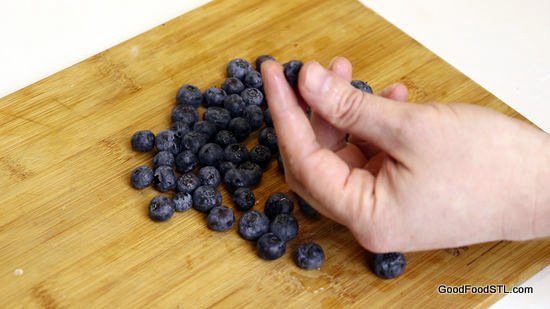 With that solemn advice ringing in my ears, I got down on my hands and knees and began “picking” blueberries. It took a while. Within minutes I had picked up 107 blueberries. Opps! There’s three more under the refrigerator. Make that 110.

I kept crawling and counting. By the time I got up from the floor, I had 117 of the little blue marbles. Some on my knee caps. I had no idea there were so many blueberries in those small plastic cartons! It made me feel slightly better for paying such an outrageous price for them.

Workout in the Kitchen

Later, at the gym, I explained to the physical therapist what had happened. But when I asked if I could count my kitchen workout against my exercise routine, she said no. Drats!

When I got home, I found 3 more berries had come out of hiding. Make that 120 berries to wash and repackage. Later that day, I found two more hovering under the table.

From now on I’m going to clean my blueberries and put them in a sturdy container as soon as I take them from the grocery bag.

But I still need to perfect my handling of flimsy plastic cartons just to get them from the produce shelf, to the grocery cart, through the checkout line, and into the car. So I shall work on my pirouette, just in case my blueberries decide to take flight again.