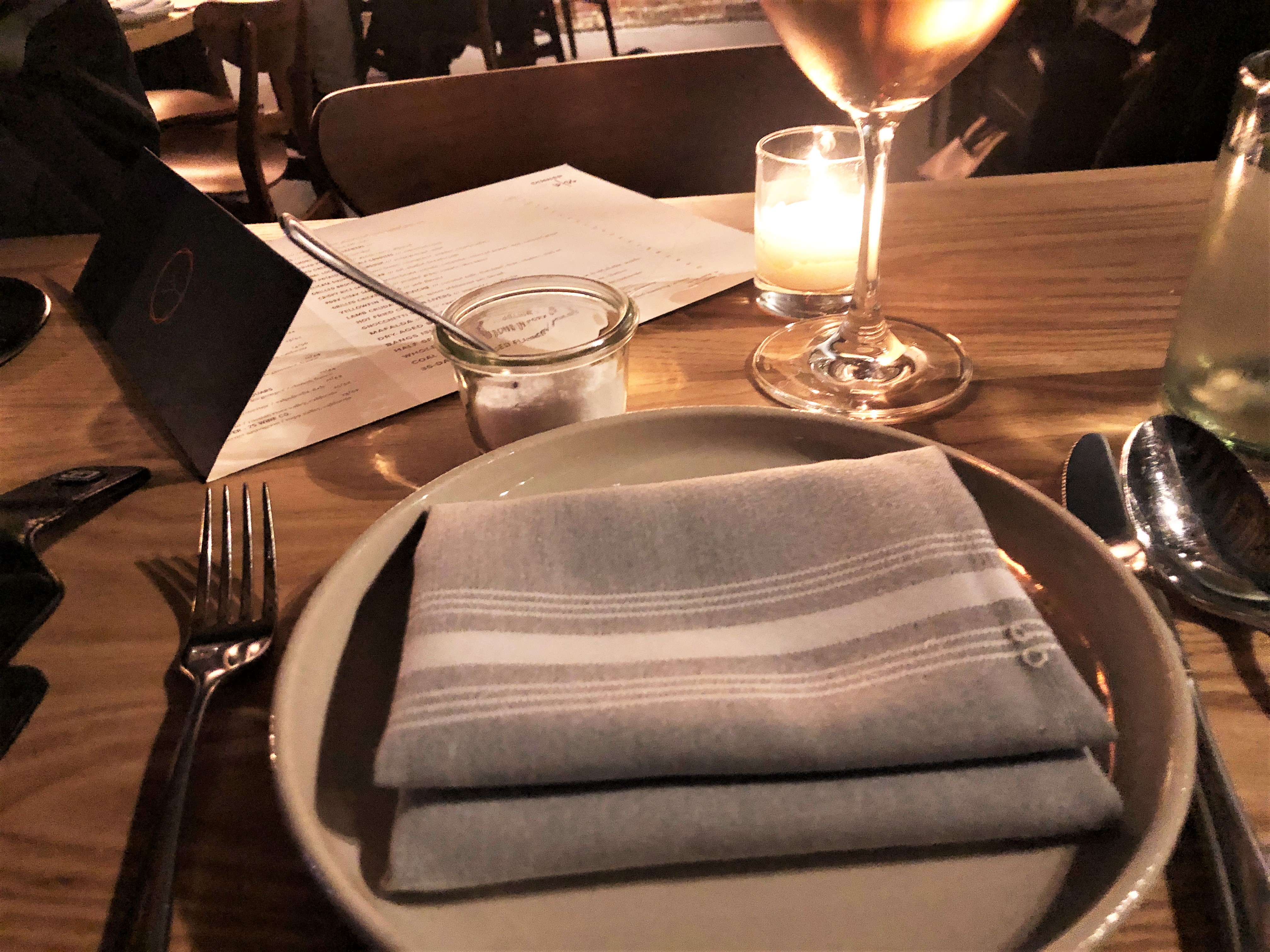 “It was a dark and stormy night,” so wrote Snoopy, my favorite novelist. But Saturday was merely a “wet and chilly evening” as Robin, JC, and I made our way to Maplewood for dinner. The kind of day that had caused us to take on a doubleheader at the mall, two shows back to back:The Current Wars and Downton Abby. We were a bit peckish after all that drama.

Tom and Lisa had strongly recommended Elmwood, but we had yet to try the hip new restaurant, that opened earlier this year. We called and found they were booked, but could work us in at the communal table.

As we settled in and began chatting, Robin noted, “It’s quieter in here than in most restaurants. We can hear ourselves talk!” She was right. I later learned that the 75-seat space is insulated with sound cloth and metal panels that reduce background noise. 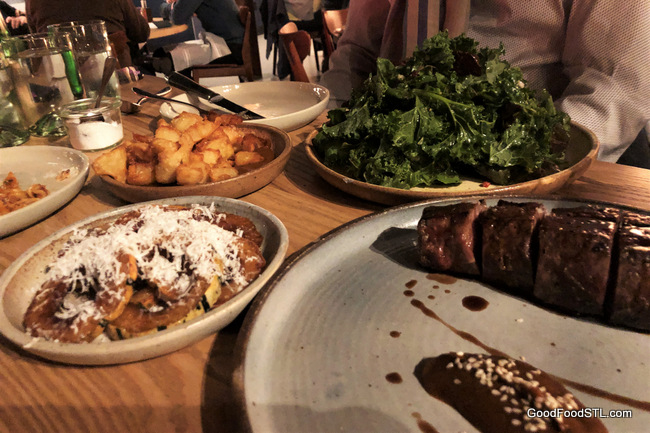 The meal unfolded with dish after dish appearing, that we could share—as is the dining custom these days. (From lower left to right): Mafalda, grilled veggie Bolognese; Twice Fried Potatoes with harrisa; Kale Salad; and the juicy-tender 35-day Dry-Aged Flannery Holstein Beef. 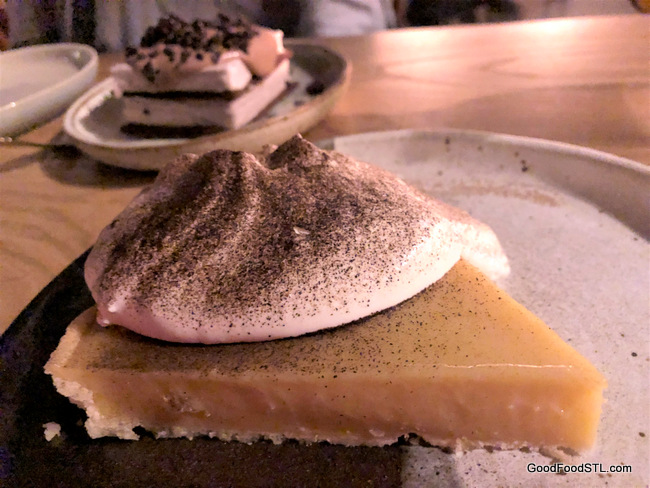 Sharing dessert cuts the calories and relieves the guilt. We divvied up these two splendid offerings: Charred Lemon Tart with maple whipped cream and the Concord Grape Semifreddo. Other desserts on the menu included Banana Cake and Roasted Local Apple.

One of the most unique features of Elmwood is the open kitchen, with its Josper oven/grill, the only one of its kind in the U.S. The Josper is made in Spain and is the choice of discerning chefs, who prefer the flavor imparted by a live fire. The oven/grill burns lump charcoal, allowing the kitchen to cook hot and fast, when needed, or warm and slow, all the while imparting the taste of an outdoor grill. 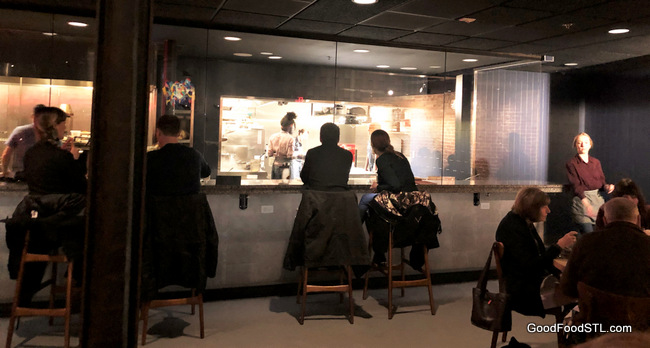 If you like seeing other people cook, there are seats facing the glass enclosed kitchen, where you can pretend you’re watching the Food Network prepare a meal just for you.

The business partners Chris Kelling and Adam Altenether bring years of expertise to their new venture. While Chris was dining room manager at The Restaurant in Meadowood, Napa Valley, CA, the restaurant earned a James Beard’s award for Outstanding Service. Adam, an award-winning chef, most recently honed his chops as a chef at Niche. 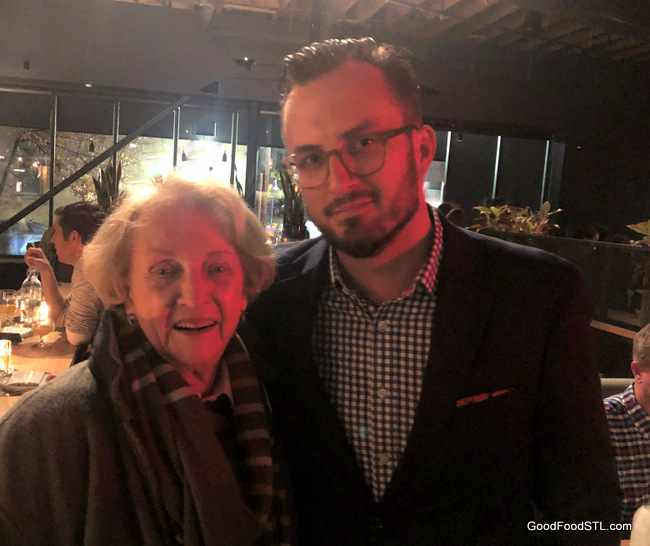 Before returning to what was now a “dark, wet and chilly night,” I had a chance to chat with Managing Owner Chris Kelling. On such an evening, we were grateful for yet another customer friendly feature: valet parking.