At the Istanbul spice market some years ago.

Adventuresome cooks think of a colorful rows of spices the way Imelda Marcos did her racks of shoes. You don’t use them all, but it’s nice to know they’re there. Today, with an influx of immigrants from around the world, we have been exposed to a far broader range of cultures and their foods. Some of them require spices not found in the American pantry.

My trip to Istanbul gave me a chance to visit some of their ancient markets, where spices have been traded since the days when the Silk Road passed that way.

Wow! What to Buy?

I immediately bought some turmeric, because it benefits the taste and color of the Indian recipes I cook from time to time.

What’s more, the bright yellow spice is touted for its health benefits, so I sprinkle it on other dishes as well. Turmeric has been used as an anti-inflammatory in China and India for centuries. It supposedly improves memory, promotes heart and liver function, and aids in the treatment of cancer, arthritis and Alzheimer’s disease.

An Investment in Saffron 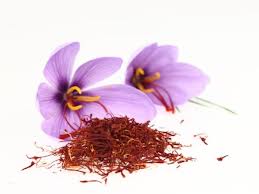 It takes 150 flowers to produce one gram of dried saffron threads.

I also bought saffron, because I’m always having to borrow from my daughter-in-law, when I make a pot of Arroz con Pollo.

Real saffron is very expensive, but you only need a tiny bit when cooking. Have you tried to buy a thread of saffron in St. Louis? At Global Market, it’s kept behind the counter at the front of the store and you have to ask to see it.

Too often fake saffron is sold at cheaper prices. Ahh . . .  but there’s a water test that shows what is authentic.

When a small amount of saffron is placed in a cup of hot water for 10 minutes the real threads will maintain their color and the water will only be slightly yellow. Fake saffron threads will turn white and the water become red-orange. The Istanbul spice vendor conducted the water test to show me that his saffron was authentic. 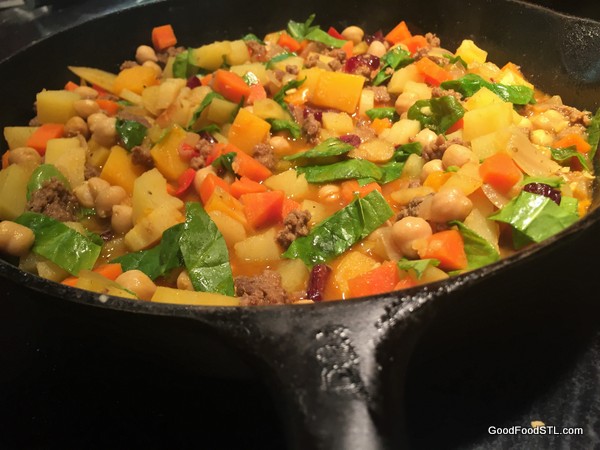 Some dishes do well with a mosaic of spices, as does this Indian Korma. I call this Condo Korma, because I often cook it for myself.

When Less Is More

Such old favorites as crab cakes benefit from the elegance of simplicity. IMHO, nothing should be included that masks the flavor of the lumpy, lightly-formed crab meat. Well, maybe a pinch Old Bay Seasoning. 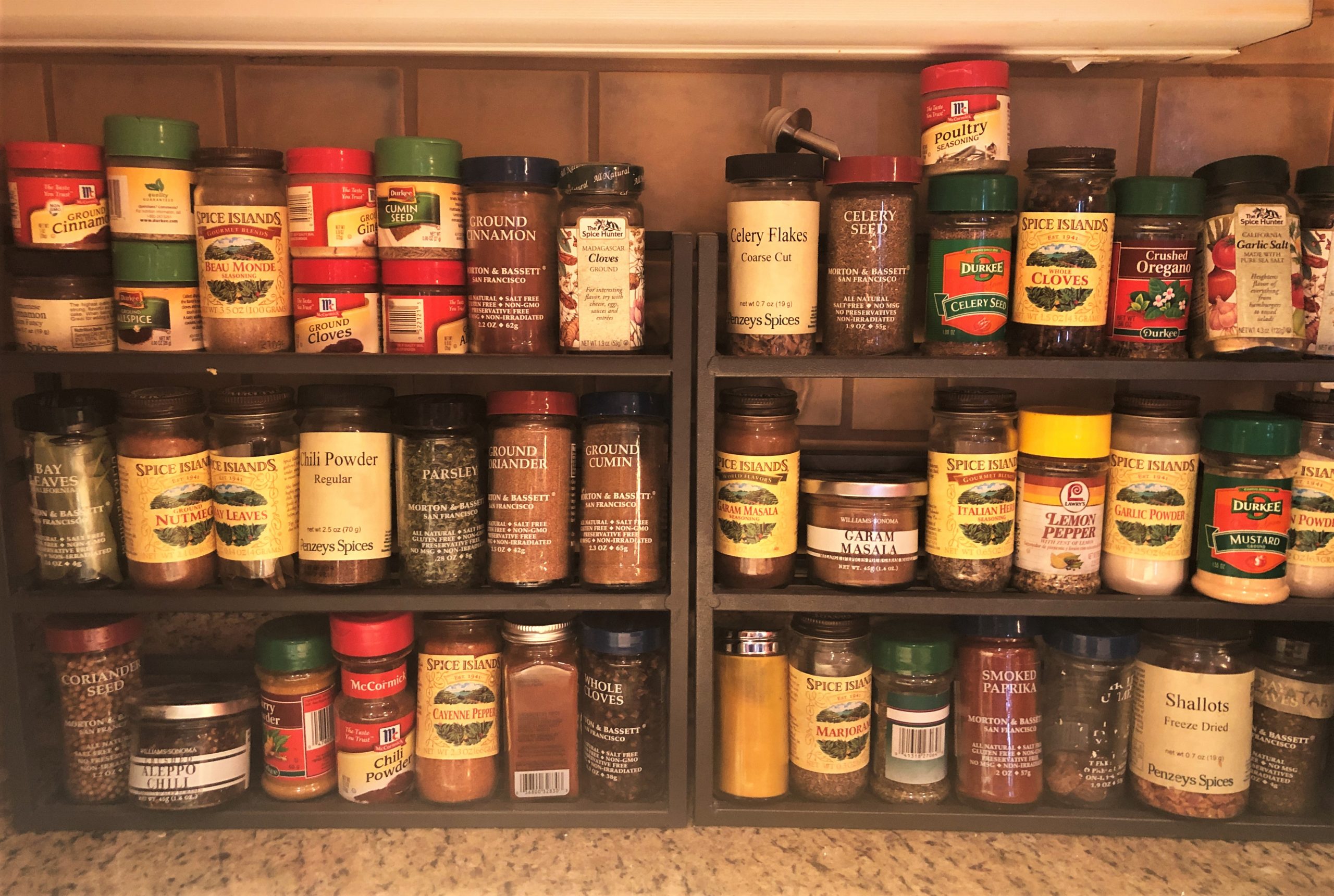 Cooking is a matter of knowing when to keep it simple and when to explore more complex flavors. Spices give us that option.

« The Sensational SweeTango Apple
The Soul of Soulard Market »